Republic Standard: The white death: opioids in America - part one

She personally knew 14 people that have died from opiate overdoses? That’s absolutely crazy and a damned shame so many die for a feeling. I know people right now that are doing opiates but know of only 1 that has died. I 100% blame the greedy pharmaceutical companies for placing profits ahead of consumer safety. Plus the coincidence that we invade Afganistan and a few years later Heroin floods our streets…stronger and cheaper than ever.

Plenty of scumbag doctors running pain clinics cashing in too.

Yep! That was my first thought after reading this! I wonder if they are a main contributing source for this epidemic?

Two largest lobbyists in the US right now: insurance industry and pharmaceutical industry. The ACA didn’t just spring up by coincidence. Neither did this “epidemic.” Just another manufactured crisis to distract the sheeple.

There is such a stigma over opiates, many doctors will not prescribe them for patients who are in serious pain. I just had major oral surgery, and the surgeon prescribed Motrin ( ibuprofen ). 4 days of pain that prevented me from sleeping. Tolerable by the 5th day; but I ask ya? Impossible for a 4 or 5 day prescription to cause harm.

About four years ago, I had to change doctors because my female doctor (I like female doctors…they have small hands.) retired to become a permanent volunteer doctor in the Doctors Without Borders program.

She left a list of recommended replacements with all of her patients. I chose the one with the longest resume even though it was a male.

On my first visit for a yearly physical, I noticed his arrogance and likely Napoleon Syndrome as he looked like a miniature man…a hobbit with small feet.

He didn’t do the traditional prostate exam with the gloved finger probe and based on one blood test, prescribed Metformin in saying that I was “pre-diabetic”.

I wasn’t impressed at all. I researched Metformin and found it was a questionable drug, not recommended by many doctors. I also read about blood glucose testing and the result’s dependency of recent food intake. I bought a personal tester and began taking samples and recording the time between my last ingestion of food or anything other than water and the time of the testing. According to all the so-called authoritative publications I could find on diabetes and pre-diabetes, I was normal.

It occurred to me that my new doctor was nothing more than a pill pusher.

I told my new doctor that I’d not be taking the pills and I have not made any appointments to see him again.

Whether it’s pain, blood sugar, anxiety, insomnia, narcolepsy, hypertension or whatever…there’s always a prescription-only pill or capsule available in introductory free samples from the doctor and prescriptions that can be filled at the convenient pharmacy located within the clinic.

It’s all about the money.

There is such a stigma over opiates, many doctors will not prescribe them for patients who are in serious pain. I just had major oral surgery, and the surgeon prescribed Motrin ( ibuprofen ). 4 days of pain that prevented me from sleeping. Tolerable by the 5th day; but I ask ya? Impossible for a 4 or 5 day prescription to cause harm.

Yep, people better hope and pray they don’t end up in pain these days. Currently they are punishing everyone for the actions of a small percentage of people who become addicted. One of the health networks I was considering had as part of their information that their policy is never to prescribe them, they’ll hand you a referral to a pain management clinic instead, where you can be treated like an addict for having the audacity of being in pain.

My wife has been through 8 spinal surgeries; but she was fortunate to find a neurologist who was understanding & compassionate. The last surgery stabilized her spine & much of the pain has been reduced. She now goes to a pain management clinic; and the doctor is also a compassionate man. Not at all a high dose of medication; but enough to reduce pain to a tolerable level & give her quaity of life. Before her spinal revision surgery, she had scarring of the nerve routes from the past surgeries. Debilitating pain; but the last surgery removed much of the scar tissue; and it reduced pressure on the nerves considerably. It was known as adhesive arachnoiditis, or massive scarring of nerve routes. A neurologist who is an expert in that area told me; all the pain of terminal cancer, without the benefit of death. No one who has a legitimate need for pain medication should be denied.

they’ll hand you a referral to a pain management clinic instead, where you can be treated like an addict for having the audacity of being in pain.

I went to a pain management clinic as the vertebra in my neck was pinching a nerve. The goal was not drugs at all. They injected something (I forget what it was) between the vertebrae and I was fine. I never got the impression that drugs were their first line of treatment. Maybe I just went to an ethical doctor.

My wife has too much damage for epidurals or steroid injections to benefit. They never helped anyway; because her condition is too severe. Just enough meds to reduce pain to a tolerable level. The scans of her back look like a 9 car wreck. She’s had dozens of different injections over the years, with no positive outcome. Everyone is different. Also, the contrast medium used years ago for spinal scans was found to be nothing less than corrosive to nerve routes, and it caused more damage.

I’m sorry to hear that. How awful that must be for her and for you to see her in such pain.

This is a case of common sense for pain medication used for the purpose intended.

My point was that Pain Management doctors are not necessarily looking to solve all pain problems with drugs as a first line of defense.

Good read for you 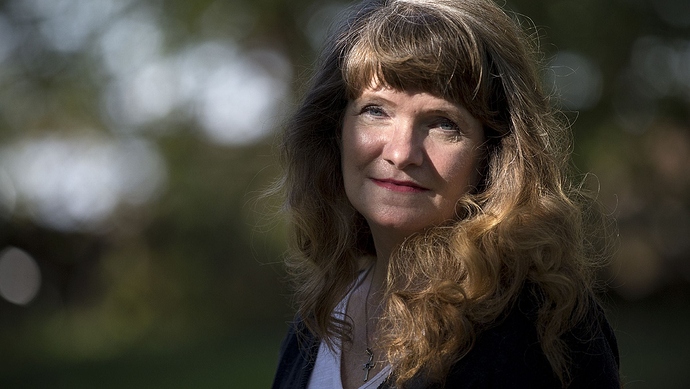 They live with chronic pain. They're treated like addicts.