Republic Standard: Everything you need to know about the Venezuela Crisis

This was a good summary about the geopolitical issues at play in Venezuela right now. I believe that there will be war, I am just unsure about the actors. I think I have a good handle on the proxies. One thing is for sure, when you combine Bolton and oil - prepare for war.

This puts Trump in a bad spot. He campaigned on no more foreign wars, then he went and appointed a bunch of Bush-era war hawks to appease the GOP. He should just be worrying about his base - we know what’s best.

The Real Reason the U.S. is Getting Involved in Venezuela

Not even a month ago, reports started circulating that Venezuela had signed gold and oil investment deals with Russia. And now, not even a month later, the U.S. is on the verge of putting boots on the ground in Venezuela and have already signaled that they don’t recognize Maduro as their president. Joined by Brazil and a number of other countries as well.

Now, this isn’t to say Maduro is a good guy. He isn’t. But the reason we’re getting involved isn’t because we’re on a benevolent mission to rescue the Venezuelan people from a dictator. I think this is a power move influenced by Israeli interests that do not want Putin to gain any strength by making a deals with the country that has the largest oil reserves in the world.

There may be more pieces to this puzzle that I am missing, so if any of you have something to add to this, please do.

The point is, it may not be in OUR best interests to get involved in this for the Israelis. In which case, we should be trying to mobilize Trump’s base against any sort of military action in Venezuela on the basis that it’s not America first.

How are we getting involved in Venezuela when we can’t even build a wall for Americans here yet?

Just because Maduro is a commie and a dictator doesn’t mean we should be the ones to take him out, especially if we’re doing it to strengthen the (((globalists))).

Dems are turning into far left socialist and trying to turn into Venezuela . 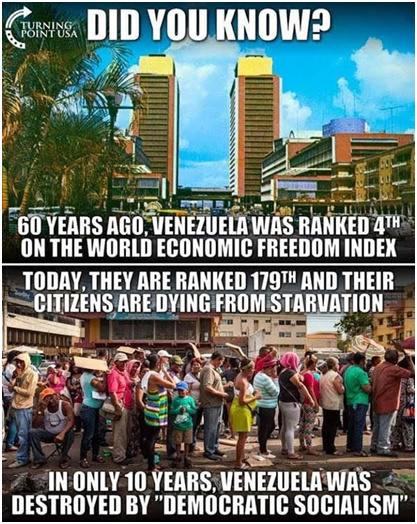