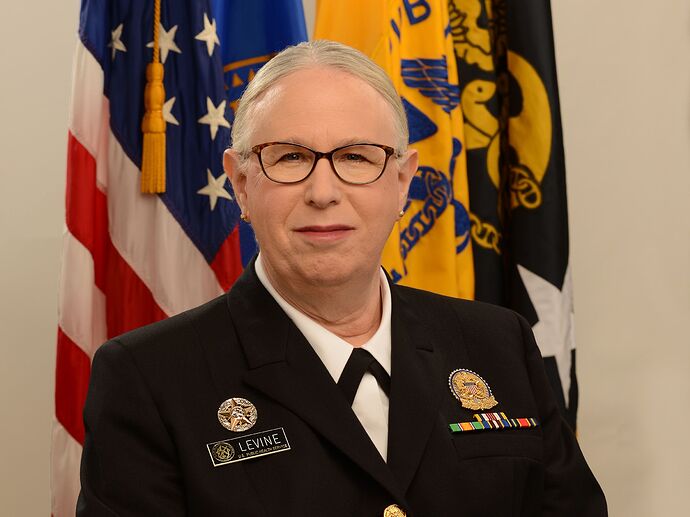 U.S. Representative Jim Banks, a Republican from Indiana, has been suspended from Twitter after using the wrong pronouns in a tweet about Assistant Secretary of Health Dr. Rachel Levine, who is transgender.

Levine made history this month when she became the first openly transgender four-star officer in any of the nation’s eight uniformed services, the Department of Health and Human Services announced. The former pediatrician’s appointment also made her the first female four-star admiral in the U.S. Public Health Service Commissioned Corps’ history.

Banks tweeted about the historic promotion, according to the Associated Press, writing: “The title of first female four-star officer gets taken by a man.” The tweet is now unavailable as Banks’ Twitter handle, which he uses for his political career, was suspended.

Levine is a woman, and was nominated by President Joe Biden in January to serve as assistant secretary for health at the U.S. Department of Health and Human Services. Once confirmed, she became the first openly transgender federal official in a Senate-confirmed role, according to the Biden-Harris transition team.

By referring to Levine as a man, Banks violated Twitter’s “hateful conduct policy,” which prohibits the promotion of “violence against or directly attack or threaten other people on the basis of race, ethnicity, national origin, caste, sexual orientation, gender, gender identity, religious affiliation, age, disability, or serious disease.”

Part of the policy prohibits “repeated and/or non-consensual slurs, epithets, racist and sexist tropes, or other content that degrades someone,” which “includes targeted misgendering or deadnaming of transgender individuals.” Deadnaming is referring to a trans person by their former name, which often misgenders them.

“Twitter has suspended my official account for posting a statement of FACT. I won’t back down. I’ll be posting on my personal account for the time being. Please Retweet this message and follow me,” he said, adding that “big tech must be held accountable.” Banks’ tweet is inaccurate, as Levine is a woman.

The social media platform has taken a stand against hateful and inaccurate messages in the past, suspending high-profile accounts, including former President Donald Trump. In permanently banning the president, Twitter cited “the risk of further incitement of violence,” following the assault on the U.S. Capitol on January 6, which Mr. Trump is accused of inciting. 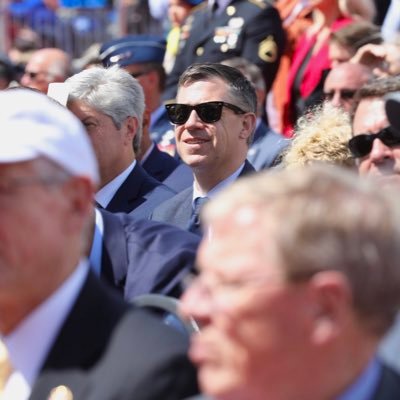 @Jim_Banks
Twitter has suspended my official account for posting a statement of FACT. I won’t back down. I’ll be posting on my personal account for the time being. Please Retweet this message and follow me -> @Jim_Banks. Big Tech must be held accountable! 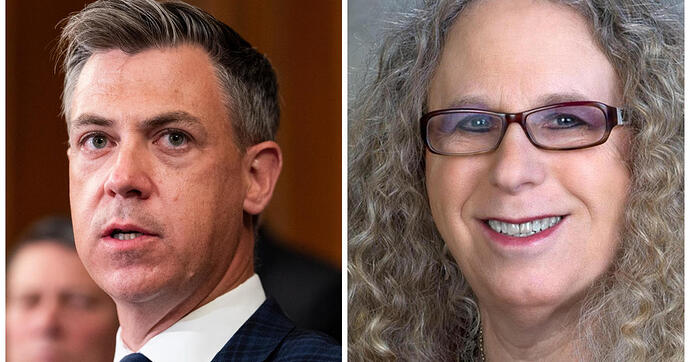 As a devout Christian woman I find this constant peddling and pushing of mentally ill men and women disgusting. It also bothers me, as an actual woman, that this MAN claims credit for being the first 4 star WOMAN of the U.S. Public Health Service Commissioned Corps.

I am quite certain that there were plenty of ACTUAL WOMEN who were qualified for the position.

How did this thing go from never serving a day in uniform to a damn 4 star admiral?

Maybe our politicians should be doing more to crackdown on Big Tech instead of taking their money and doing their bidding. I’m not saying Banks is one of those guys but if you want to understand the root cause of the problem, there it is.

So if you tell the truth on TWITTER you get suspended ? Why are these social platforms allowed to decide what is or isn’t offensive ? I feel seeing that turd and it identifying as a women is the most offensive thing imaginable . My God look at it … 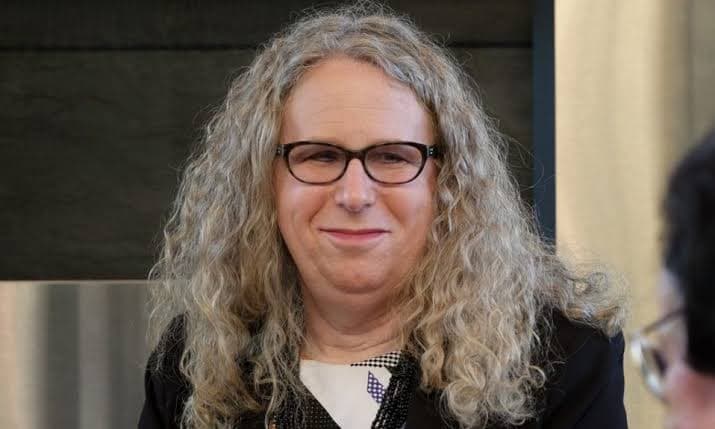 Meanwhile cumface, banks has been suspended….

And that fat tranny is still pretending to be a man. What’s your point?

Thought you guys were the party of pro business….

All the bitching aside, Banks has been suspended….what else could be the point….

Well, I think the larger point is…it’s no longer “allowed” in some places to call a fat ugly man with a dick wearing a dress and sporting some really shitty make-up…a man.

Nothing changes the fact that Richard Levine is a man.

The only point of elevating that pervert to the top levels of government is to make the United States look weak and inept.

Get the Phuck out if you hate America so much……

I don’t hate America. Just the leftists who are corrupting, defiling, and destroying this country.

I wonder if Dr. Levine had a bat mitzvah when he decided that he was going to pretend to be a woman.

The subject has nothing to do with left and right. It’s not a political matter but rather a physiological matter. You and I can be glad that we are comfortable having been born as men both in body, mind and spirit. But discriminating against and ridiculing those that have suffered outside of that is passe’….

Did you know that transvestites have an abnormally high suicide rate? That’s a real shame.

Wouldn’t surprise me in the slightest…
I’ll agree it’s a shame.
US veterans do as well, have for decades, that too is a shame….

Did you know that transvestites have an abnormally high suicide rate? That’s a real shame.

Yeah - truly a shame that when they decide to exit this world that nothing of value is lost.

Dr. Levine is a BIOLOGICAL MALE , his DNA hasn’t changed. I don’t know if IT? has genetical surgery to have a gina. Dr. LEVINE is woman by being able to legally change ITS? Identity to female.