Trump is pulling a lot of people’s chains over this unnecessarily. 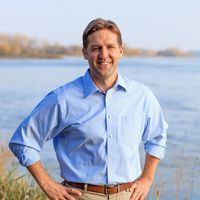 WHAT HAPPENS ON JANUARY 6th In November, 160 million Americans voted. On December 14, members of the Electoral College – spread across all 50 states and the District of Columbia – assembled to cast...

In November, 160 million Americans voted. On December 14, members of the Electoral College – spread across all 50 states and the District of Columbia – assembled to cast their votes to confirm the winning candidate. And on January 6, the Congress will gather together to formally count the Electoral College’s votes and bring this process to a close.
Some members of the House and the Senate are apparently going to object to counting the votes of some states that were won by Joe Biden. Just like the rest of Senate Republicans, I have been approached by many Nebraskans demanding that I join in this project.
Having been in private conversation with two dozen of my colleagues over the past few weeks, it seems useful to explain in public why I will not be participating in a project to overturn the election – and why I have been urging my colleagues also to reject this dangerous ploy.
Every public official has a responsibility to tell the truth, and here’s what I think the truth is – about our duties on January 6th, about claims of election fraud, and about what it takes to keep a republic…

Ben Sasse was on my “He can kiss my ass” list about 3 years ago. Who gives a rats ass what that turncoat says. He’s part of the swamp.

This stupid fuck thinks Biden/Trump saw 70% voter turnout when Obama only managed 57% and THAT was a 40 year high. He wants us to believe that Biden/Trump had the highest voter turnout since blacks and women couldn’t vote in 1900… yeah, bullshit.

Ben Sasse is a fkibg idiot and should be shot along with the rest of the Democratic Party. Totally useless and traitors to the “Real American Citizens”

Why on earth would you waste that many bullets when ammo is so short of supply right now?

Not if you can make your own. Although rope is a better presentation for better effect!

So you can’t actually discuss his arguments and just character assassinate. That’s all I wanted to hear.

Why? You are just regurgitating what MSM is telling you! Your thoughts are not your own and you only want to discuss what supports your confirmation bias. Most of us who are able to think for themselves reject your propaganda group think!

Did you read my damn response? He’s full of shit. The numbers don’t add up and we’ve been through all of the evidence that everyone wants to ignore. Why the hell would I do it again?

I don’t believe you because I don’t believe that the courts and GOP election boards are falsely certifying elections against their own interests. It makes no sense. 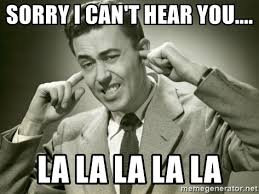 I don’t believe you because I don’t believe that the courts and GOP election boards are falsely certifying elections against their own interests. It makes no sense.

Total voter turnout in the 2012 election was only 50% of the US population. All they needed to do was motivate voters and that was exactly what they did with the Lincoln Project videos and by outspending the GOP for advertisements by three times. Stop falling for stupid conspiracy theories.

When you read his facebook posts he selectively chose a few examples in the questionable states. He ignored the bulk of fraud allegations.

He like every congress person has not insisted on investigations into all allegations of fraud. Without investigating fraud it remains merely allegations.

As a side note the governor of Michigan ordered all voting machine and logs be erased on Jan 7th eliminating any possibility of investigating fraud even though the log didn’t match the voting machines.

What have we learned from the Nov. 20th experience? If fraud is discovered, allegations of fraud, it is the states responsibility to investigate and correct, prosecute the fraud. If the sates refuse to investigate and their state costs back the refusal as they did in the states, there is nothing that can be done at the Federal level as voting and the integrity of voting is a state responsibility.

So what you just told me is you have no clue how voter turnout is calculated. It’s not a conspiracy theory to have FACTUAL DATA showing conclusively that Biden had right at 70% voter turnout while Obama hit 57%. The last time we hit 70% voter turnout was 1900 when women and blacks couldn’t vote. Obama hit a 40 year high in voter turnout. You have to go back to the height of the Vietnam war to find one higher. . . then this fuckwit hits 70%? Nope. Not buying it no matter what kind of garbage you spew. Not without a full investigation considering the 1000+ people that filed affidavits eluding to fraud.

Isn’t it ironic how one side claims election fraud and how Trump’s victory in 2016 was illegitimate but now that it is in their favor all of a sudden there is no such thing as election fraud? Funny how that works huh?

No kidding. I argued all along that there was a ton of fraud in 2016 as well but no one wanted to hear it because I was accusing Democrats of it based on the number of votes in a few different states and mail in ballots.

Don’t forget about the 2018 mud-terms and the blatant ballot harvesting in certain blue states either.

Your ignorance is your own and you and only you are responsible for being informed of the truth, if you don’t want to accept the facts due to a wanton need to feed your own confirmation bias then that is on you and nobody else. Plenty of evidence has already been provided on the subject matter at hand and all you have to do is put a little effort in to examining the issue objectively which judging from your previous statements you’ve are either grossly misinformed, being purposely obtuse or you simply refuse to see the claims without the obvious partisanship to know that they are valid.

Trump is pulling a lot of people’s chains over this unnecessarily.

Not all republicans are Trumpers. But Trumpers don’t seem to understand that republicans preceded Trump…

To them, if you don’t support trump, your not a real Republican…