Religion of Peace
Atrocity of the Week! 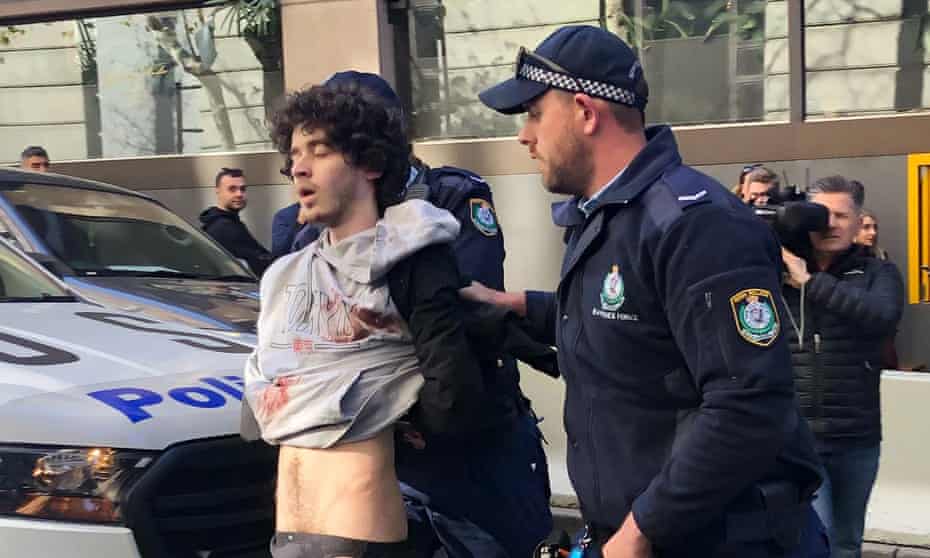 Australia: Recent Convert to
Islam Goes on Stabbing SpreeOther Recent “Misunderstandings
of Islam”
2019.08.18 (Afghanistan)
Women and children are among a dozen torn apart by a buried Taliban explosive.2019.08.17 (Afghanistan)
A Fedayeen suicide bomber goes off in a crowded wedding hall, destroying over eighty Shiites.2019.08.16 (Israel)
A Palestinian drives his car into a group of Israelis, injuring two teens.2019.08.14 (Chad)
A female suicide bomber slaughters a half-dozen bystanders.2019.08.13 (Australia)
A convert to Islam slits the throat of a prostitute while yelling praises to Allah.

Thank God it’s a Religion of Peace; cause if it weren’t.

The problem isnt islam itself, the problem with Islam is the radicals like the "Wahhabism " and the west tolerance for Saudi Arabia because of the Oil.

Anyone ( ANYONE ) feel free to post the behavior of Christians or members of any other religion, that parallels this primitive behavior, in such magnitude. Put the Numbers
in Perspective

…killed twice as many people in one month (5000) in November, 2014) than were killed in 350 years of Inquisition (2000-3000).
…murder more people every day than the KKK has in the last 70 years (26 since 1945).
…killed more civilians in two hours on September 11th (2977) than in the 26 years of sectarian conflict in Northern Ireland (2236).
…massacred more Iraqis on a single day in June, 2014 (1566) than the number of criminals executed by America in the last 40 years (1423).
…killed more Americans on American soil than did the combined militaries of Japan and Nazi Germany in WWII.
…slaughter almost twice as many people everyday than were killed during the entire Salem Witch Trials (20).

nobody disputing that Jim

my point is if you break it down its the extremists, many of them of the Wahhabi faith

Its like the fundamental Christians here, most of them are white supremacists , that doesnt mean all Christians are like them

that was my point

While Im not a fan of the Islamic religion, I do know the difference between the average Muslim and the Muslim of Wahhabi faith

A Christian has to explicitly not be emulating Christ to act like that.

A Muslim that acts like that is emulating Mohammad.