States helmed by Republican governors are leading the nation’s recovery from the lockdown-driven recession that is strongest in blue states led by Democrats, who imposed the strictest pandemic restrictions that suffocated small businesses and eroded jobs.

The two charts below from the conservative Committee to Unleash Prosperity illustrate state unemployment rates, color-coded by party control. The correlation is clear: States dominated by Republicans led with the lowest unemployment rates, while states governed by Democrats suffered the most.

In the second graph, it seems that “lean Republican” states where Republicans face stronger checks from the electorate had better outcomes than all the other electoral combinations. While some Republican governors have been noted for their extraordinary leadership in allowing their citizens to keep working and going to school in the face of a disease that is most dangerous to the very elderly, others have dictated crushing pandemic policies little different from their blue-state counterparts.

California, ruled by Democratic Gov. Gavin Newsom, who locked his state down into oblivion while blowing off his own rules, has run the West Coast paradise into 9 percent unemployment, the third-highest in the country. Meanwhile, California’s kingmakers are fleeing in droves for red states that foster friendlier business climates, such as Arizona, Texas, and Florida.

New York, on the other hand, is not far ahead of California’s unemployment rate. There, Emperor Andrew Cuomo has run the state to 8.2 percent unemployment. Thanks to Cuomo, together with Democratic New York City Mayor Bill de Blasio, residents are fleeingjust as they did in California, taking many jobs and taxpayer dollars with them.

In contrast, Florida Gov. Ron DeSantis, who has been vilified to no end by the corporate media for remaining light on lockdowns, has lead the Sunshine State to just more than 6 percent unemployment, below the national rate of 6.7 percent, while welcoming blue state migrants. Comparing the end result shows that Florida, despite lifting lockdowns early and remaining open, has fared far better than New York. Florida has seen 1,203 deaths per million as compared to the Empire State’s 2,207 per million. 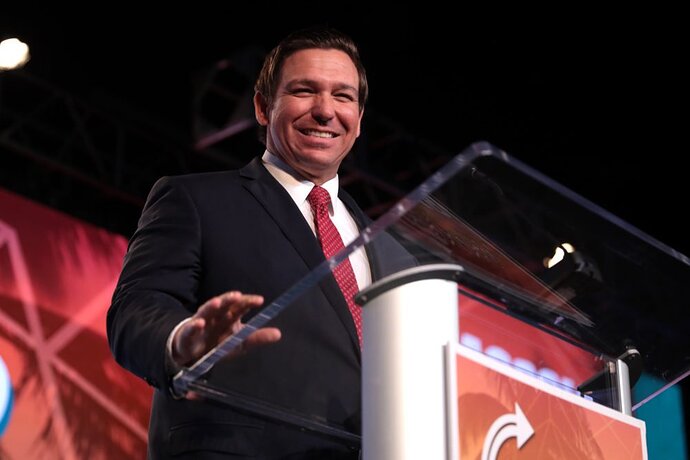 States helmed by Republican governors are leading the nation's recovery from the lockdown-driven recession that is strongest in blue states.

THEY ARE TOOTH FERRY IDEAS THAT WERE SLIPPED INTO THE MINDS
OF RED NECKS NIGHTLY…ALL YOU DO IS PUT A PICTURE OF TRUMPUTIN
UNDER YOUR PILLOW…AND WALA YOU GET ALL THE LIES YOU CAN USE
TO TRY TO WIN THE MINDS OF THE STUPID RED NECKS LEFT…SO SAD. SO VERY SAD

This sites most loathed and biggest loser troll dajackoff and his nasty posts
LouMan January 28, 2021, 2:17pm #4

Pretty hard to dispute the facts, U.S. Bureau of Labor Statistics, Biden the dementia king would never lie even though he lied about a plan for the corona virus.

Proves they are a biased leftist organization

Your search for lawsuit Keystone pipeline did not match any documents.

Proof of the biased news.