I heard this from a Seattle talk show host Ted Mahr who said that it was claimed by the lawyer of the original Floyd family and that “George Floyd” in the media and the white cop are crisis actors.
(Ted Mahr has since been banned from the radio station, which tells you something.)

I have no way of proving or disproving the claim but given the history of the fake mews, it won’t surprise me at all that Floyd died three years ago and was conveniently resurrected to make a headline.

What’s most striking is that the while cop looks completely different in the mug shot. 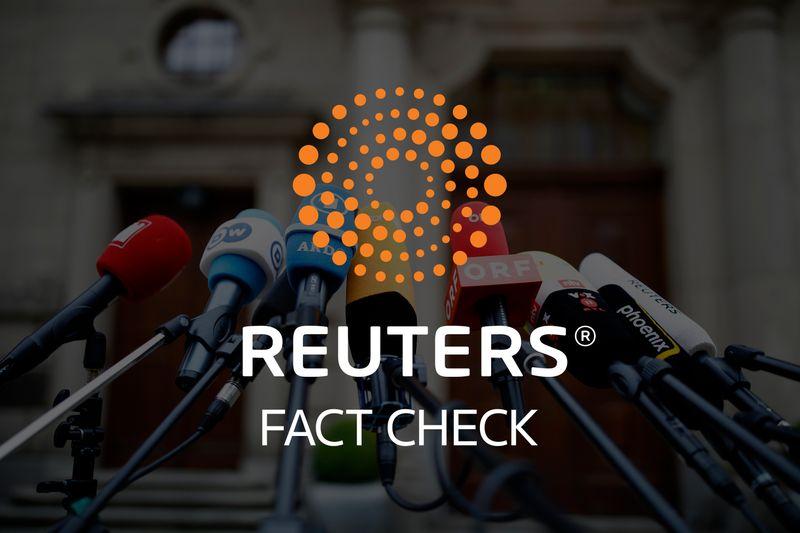 A Facebook post about the death of George Floyd, with over 1,700 shares as of June 12  contains several inaccurate claims. The death of Floyd - an unarmed black man who was killed after a white police officer, Derek Chauvin, knelt on his...

It seems you posted a conspiracy theory and a link to a fact check that debunks it.

The article hardly debunks it.
It makes the situation all the more suspicious.

The question is:
Do you want 1984 and Big Brother?

F him , who cares about another black thug ?

I’m with you on that.

However, this thug is being used as material (or excuse) for more nefarious things, and his “death” needs to be investigated.

Lives of many innocent citizens have been destroyed by the BLM and Antifa on the excuse of his “death,” whether it happened this year or 3 years ago.

My feeling is he died 3 years ago for whatever cause, if that’s what the lawyer of this family really says.

I want a brave new world.

This is complete insanity.

Are we expected to believe that everyone who knew George Floyd and mourned him 3 years ago are somehow being coerced to keep quiet?

Money talks.
Do you know how much $$$ his family got paid?

Its just not feasible they paid every one off. They would have to pay off friends and acquaintances who went to the original funeral. Not to mention the funeral home.

This also means the police force were complicit. All of the police officers who were involved.

This also means the police force were complicit. All of the police officers who were involved

Like I mentioned, the mug shot of the white cop (whatever his name is) doesn’t even remotely resemble the guy who did the “kneeling”. How do you explain that?

Mainstream media is absolutely complicit in the hoax as well. They do challenge our intelligence.

So now we have a conspiracy that requires dozens if not a few hundred people all to keep quiet.

When JFK was shot in 1963, there were a bunch of people standing along the road near the grassy knoll. They saw everything with their own eyes.

Did the world hear anything from them? No.
They were forced to keep their witness accounts to themselves.

Luckily, Abraham Zapruder, a ■■■■■■ Russian immigrant filmed the whole sequence in his 8 mm camera. But he didn’t make the content of the film public immediately. Why? He knew what that would entail.

You see conspiracies everywhere and that allows those times a real conspiracy does happen to be successful.

That’s correct because they are everywhere.

They become successful because sheeple can’t connect the dots.