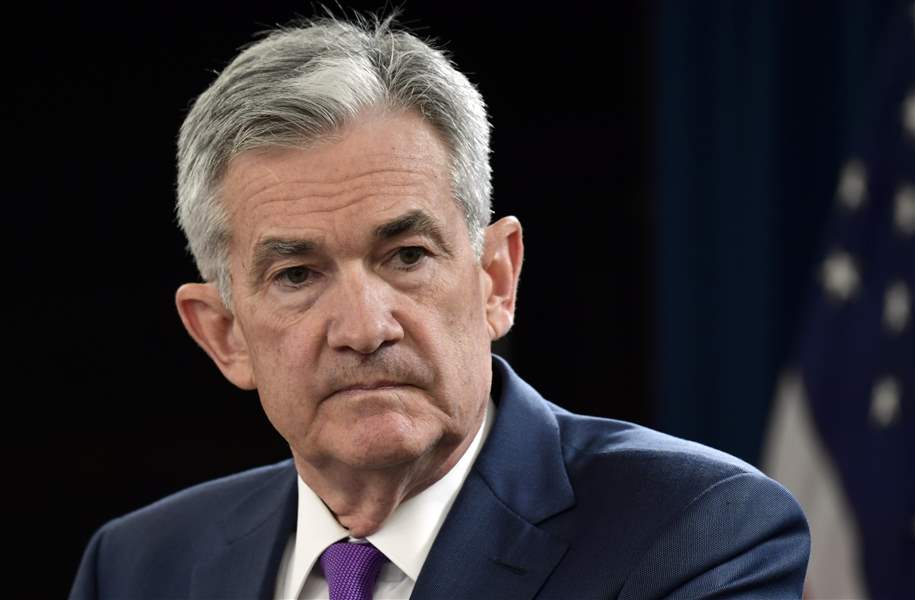 Federal Reserve Chairman Jerome Powell said in an interview aired Sunday that he does not think he can be fired by President Donald Trump.

“The law is clear that I have a four-year term, and I fully intend to serve it,” Powell told the CBS news magazine show. Asked directly if he thought Trump could fire him, he said, “no.”

A series of interest rate hikes in 2018 drew the president’s wrath, even though he nominated Powell to the Fed position after choosing not to put up former Chair Janet Yellen for a second term. The Fed under Powell unanimously approved four rate hikes in 2018, continuing a move toward policy normalization that Yellen began in December 2015. Trump has said the rate hikes are the biggest threat to U.S. growth.

During that period, the U.S. saw its best economic gains of a recovery that began in mid-2009. GDP rose nearly 3 percent for the year, though most economists see that cooling off in the years ahead.

In that regard, he reiterated the Fed’s recently stated position that it can be patient when it comes to the future path of the policy as it watches the incoming data. Friday’s nonfarms payrolls report indicated a gain of just 20,000, helping to ratify concerns that the first quarter will show little, if any, economic growth.

Powell said that the Fed, while likely on hold for a while, will be making its policy decisions based on the data and not on political considerations.

“We are directed to execute policy in a strictly nonpolitical way, serving all Americans, and that’s what we do,” he said. “We are independent in that sense.”

Powell told “60 Minutes” anchor Scott Pelley that he thinks the economy is still strong, though he acknowledged that weakness around the world could start to hit the U.S.

“I would say there’s no reason why this economy cannot continue to expand,” he said. 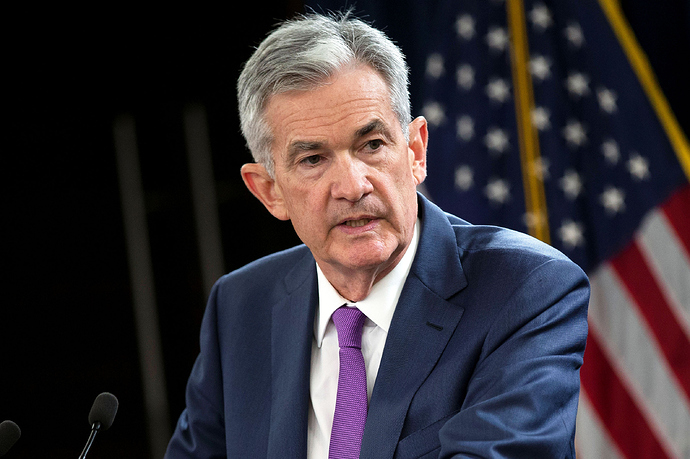 Abolish the fed. These scumbags have devalued our currency and savings for too long.

Executive Order 11110 was issued by U.S. President John F. Kennedy on June 4,1963. This order allowed US treasury department to issue interest free and debt free silver certificates, successfully bypassing the money creation of the Federal Reserve. After his assassination, first steps to reverse this order were taken by Secretary of the Treasury Douglas Dillon in 1964. The more you notice…

Powell can say this because he already knows what’s coming. The Fed was designed to implode and now that it has run over 100 years, the theft scheme is just about complete and about to expire.

It doesn’t matter. Powell is correct. Trump can’t fire him. This should concern people. Sadly it won’t. There is nothing Federal about the Federal Reserve. It’s privately owned by foreign bankers and is not part of our government. Under the Constitution, the notes they print aren’t even legal currency. But hey, it’s not like we even pretend to follow that anymore anyway.

How do you abolish something that was never part of the government to begin with?

Yes - Powell is correct. He is not accountable to the President of the United States who put him in the position. It’s all part of the charade.

Have you seen those Amazon commercials on YouTube that show employees (mostly minorities) just jumping for joy at $15 per hour.

Henry Ford paid his workers $5 a day when gold was $20 per ounce. Four eight-hour days of work per ounce.

If wages had risen with inflation, the average wage for low-skilled labor would be around $30 per hour.

We aren’t getting richer. We have been getting poorer for a long time. The reason we feel richer is because of technology, most of which was invented by whites. Downward pressure on wages comes from immigration, and Federal Reserve money printing reduces the buying power of our currency.

I bet you didn’t know:

We borrow the money that we give to Israel from the Federal Reserve.

Israel deposits it back into the Fed and earns interest on it.

The Fed then loans it back out to us (charging us more interest).

Israel and the ■■■■■■ families that run the New York Fed make millions and millions in interest for doing nothing that they then funnel into AIPAC.

AIPAC uses this money to make sure we keep giving money to Israel.

All this while we are 22 trillion in debt and Israel has a budget surplus.

Add in endless war against the neighbors of Israel, which kills whites, increases debt on whites, while ■■■■ neatly avoid serving in those white armies.

■■■■ = debt + degeneracy + division no wonder they have been kicked out 109 times from the countries they have lived in…and that number needs to be 110.