The Turkic language family (Turkish being only one of them) stretches from Eastern Europe to the very edge of the Eurasian continent.

There are some differences but many words are identical despite the separation of over 2,000 years.

Original Turks were northern neighbors of the Chinese and they fought over the dominion over northern China. The Turks eventually lost to the Chinese Tang Dynasty in the 7th century.

There are pockets of Turkic speakers in Russia, while four republics in Central Asia and Azerbaijan became independent when the Soviet Union broke up.

Traditionally, Turks practiced animism (totemism) and wolf was an important totem. Many Turks converted to Buddhism and Christianity in Central Asia before they were converted to Islam after the 13th century.

Khazars were the Turks who occupied what is today Ukraine but they chose to convert to Judaism in the 9th century. Cossacks on the other hand converted to Christianity and pledged allegiance to the Russian Czar in exchange for autonomy. (Khazar, Cossack, Kazakh come from the same root word, meaning grassland nomad) Uh oh, those pesky machines causing problems between Turks and Chinese way back then…

Anyway, the Chinese and Turks were fighting for hundreds of years in what is today northern China. What put the Turks on the world map, so to speak, was the Gokturk Empire which became very powerful in late 6th century. It’s army reached the eastern shores of the Caspian Sea and crossed the Volga and the new territory became the Kaganate of Khazaria which outlasted their original Gokturk Empire(s) in Central Asia went belly up.

It was a lark, sorry for addressing you in such grandiloquent terms…oops, there I go again…

This guy seems to believe all carriers of ancient civilizations were blue-eyed races, which I beg to disagree with.
But it is true that the ancient Egyptian rulers as well as Babylonians and Sumerians were light-skinned and blue-eyed. 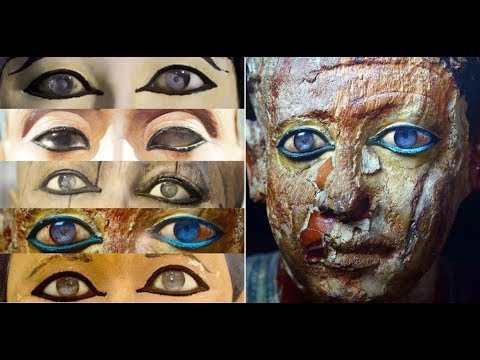 The Turks were Asians but as a result of their defeat (with China) they migrated west, mixing with Aryan residents of Central and western Asia.
What spurred their further westward move was the rise of the Mongol Empire and the ruthless armies of Genghis Khan and his sons.
Anatolia, which is present day Turkey, was originally inhabited by Indo-Europeans such as Armenians, Greeks and Celts (referred to as Galatians in the Bible) but the Turks infiltrated into the area over the centuries.