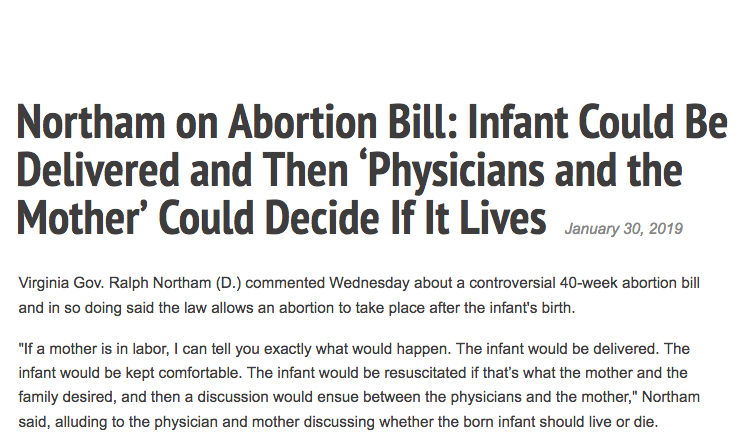 Virginia Gov. Ralph Northam on Wednesday defended a proposed bill that would allow abortion up until the moment of childbirth.

Virginia Democratic Del. Kathy Tran, chief sponsor of the Repeal Act, sparked headlines this week after she said her bill, which seeks to repeal restrictions on third-trimester abortions, would allow a woman to terminate her pregnancy while she’s in labor.

“Where it’s obvious that a woman is about to give birth,” Republican state Rep. Todd Gilbert asked Ms. Tran during a hearing Monday, “would that still be a point at which she could request an abortion if she was so-certified? She’s dilating.”

“My bill would allow that, yes,” Ms. Tran answered.

A subcommittee voted to table the bill in a 5-3 vote Monday.

Mr. Northam, speaking Wednesday morning on WTOP’s “Ask The Governor,” defended Ms. Tran’s bill and claimed that her comments were “really blown out of proportion.”

“This is why decisions such as this should be made by providers, physicians and the mothers and fathers that are involved,” the Democratic governor explained, National Review reported. “When we talk about third-trimester abortions, these are done with the consent of obviously the mother, with the consent of the physician — more than one physician, by the way — and it’s done in cases where there may be severe deformities. There may be a fetus that’s non-viable.

“We want the government not to be involved in these types of decisions, we want the decision to be made by the mothers and their providers,” he added.

Ms. Tran’s bill eliminates the requirement that two other physicians certify that a third-trimester abortion is necessary to prevent the woman’s death or impairment of her mental or physical health, as well as the need to find that any such impairment to the woman’s health would be “substantial and irremediable.”

Mr. Northam said he did disagree with the provision in Ms. Tran’s bill that would eliminate the requirement for two physicians to certify a third-trimester abortion.

“Well, I think it’s always good to get a second opinion and for at least two providers to be involved in that decision, because these decisions shouldn’t be taken lightly,” he said.

The governor’s office released a statement Wednesday afternoon slamming critics for their “bad faith” efforts in trying to “extrapolate these comments.”

“Republicans in Virginia and across the country are trying to play politics with women’s health, and that is exactly why these decisions belong between a woman and her physician, not legislators, most of whom are men,” the statement read. “No woman seeks a third-trimester abortion except in the case of tragic or difficult circumstances, such as a nonviable pregnancy or in the event of severe fetal abnormalities, and the governor’s comments were limited to the actions physicians would take in the event that a woman in those circumstances went into labor.”

May God bless Todd Gilbert (R Shenandoah) for forcing these vile monsters to tell the truth for once.

The party of Sanger and slavery stays true to its roots.

The Virginia Governor is clearly supporting infanticide here. He claims people are blowing it out of proportion. He claims a mother and doctor should decide together whether to murder a baby outside of the womb.

Ralph Northam is a typical liberal pile of shit, but he is somewhat worse because he claims to be a pediatrician. 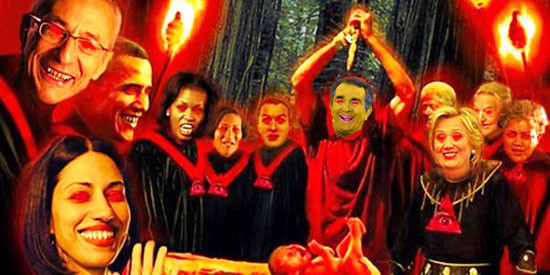 Progressiveness is a severe deformity.

The Virginia Governor is clearly supporting infanticide here. He claims people are blowing it out of proportion. He claims a mother and doctor should decide together whether to murder a baby outside of the womb.

Liberals love to believe they have the moral high ground with their talk about compassion for migrants, the poor, etc., yet not a single one I bet would find anything wrong with this.

Wait you all believe that Democrats want to kill a viable baby immediately after birth? Further you believe the mother would have a baby murdered after birth if the baby was healthy?

That is why they fight so hard to keep killing them.