This was a hot topic when celebrities, social media and the MSM thought a white man killed a young black girl…based on the “eye witness” description of the man and his vehicle.

Now it will die a quick death in the news cycle. Nothing to see here, folks. Just more black on black crime. Move along now…we’ve got white men to blame for something.

When a 7- year old girl named Jazmine Barnes was shot and killed two weeks ago, celebrities and media jumped on it as a racist hate crime by a blue-eyed white man based solely on an ID from a distraught mother and her three children. They tweeted nonstop that the shooter was a white male with blue eyes in a red truck and it was a hate crime.

This photo is the description of the suspect given to police. 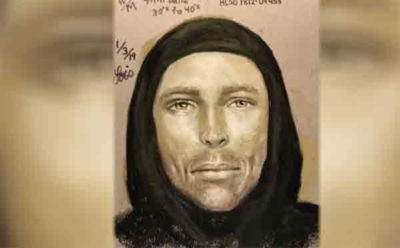 The outrage over the racist white man was heard loud and clear. But then it turned out the killers were two black guys in a grey car. The white man in the red truck passed by after the shooting.

The story will now die.

Civil rights pseudo activist and all around shitweed Shaun King and an ambulance chaser named Meritt: " “The family is still really grateful that it seems law enforcement has identified the shooter,” Merritt told The Post on Sunday morning. “However, all the information up until yesterday has been that the shooter was an older white male in a red truck, that came from not only one of the victims, 15-year-old Alexis, but from an eyewitness nearby.”

He added, “We had at least four independent witnesses who believed the shooter in this situation was a white male . . . To learn that it wasn’t, isn’t disappointing, but it is surprising.”
Translation: “fuck, I was goin’ ta make millions off a dis, I was goin’ to be a househode name; fuckity fuck!”

Without the hard work of civil rights activist Talcum X these two white men might never have been caught.

Quick rundown? I tuned out all of the “news” cucks who were falling all over themselves blaming ebil wypipo.

Why do blacks and the media focus on white on black crime so much - it is barely a blip on the radar - especially when blacks are the biggest threat to themselves.

Chicago is likely the most unsafe place in the USA for blacks to live…yet it has likely the most strict gun control of any large city in the USA. This supports the argument that gun violence is a culture problem…not a gun law problem.

This story is from July, 2016. I’m guessing the numbers are still as bad or worse today.
https://www.intellectualtakeout.org/blog/chicago-75-murdered-are-black-71-murderers-are-black

…and here are some numbers from the same era concerning black on black murders vs. cops on blacks killings…the former being apparently ignored by our then President, Barack Obama and the latter evoking claims of racism by cops in speeches from the Divider in Chief.
https://www.dailywire.com/news/7441/7-statistics-you-need-know-about-black-black-crime-aaron-bandler

President Barack Obama has no problem making disgusting, untrue assertions about cops being racist at a funeral for murdered cops yet does not give major speeches on the epidemic of black-on-black crime.

This makes me wonder just how many murders could have been prevented had he relished to opportunity as the first black President to bring the country together rather than split it deeper.

With his ingrained hatred of America and his racism, he destroyed his chance to be remembered in history books as a great President.

I heard about it this on the radio and as soon as the 15 yr old witness said she could see the shooter’s blue eyes but couldn’t see his hair because of a hoodie I knew it was bullshit.

I read that the “white man” description was confirmed by 4 independent witnesses.

So they lie. They have to. There is not enough violent racism that is real to keep the liberals in power. Who benefits when real acts of racism occurs? Progressive Liberals.

CNN Libsplainin’ how they got it wrong.

They quote this psychology expert:

But wait a minute… remember Christine Ford’s hippocampus? It was science, man. One does not forget traumatic events. Remember?

Moral to stories… never believe a progressive liberal or any of their allies.

This is exactly what spawned and nourished the “hands up…don’t shoot” movement.

People generally tend to believe what they want to be true.

The liberal media and Obama have been trying to divide the Nation for 10 years now hoping to start a race war . The women’s march was cancelled because they claim it was TOO WHITE !!!

This worthless bitch should be arrested for murder and lose all custody and visitation rights concerning her surviving children.

So much for her sisters eye witness of the shooter = POS Black Racist.

Of course it will die, it doesn’t fit the meme’.

Well… she should be charged with hiding the perpetrator from police.