Puerto Rico? Say it isn't so, Trump appears to have been Right

Trump was demonized as a racist over his criticisms of how Puerto Rican officials handled disaster relief and disaster funds.

What will they say now that the investigations are coming to a head and people are heading to jail in cuffs?

Great bit on this on Tucker Carlson’s show tonight but a whole lot of silence on other networks.

Was reading about this same issue yesterday’ 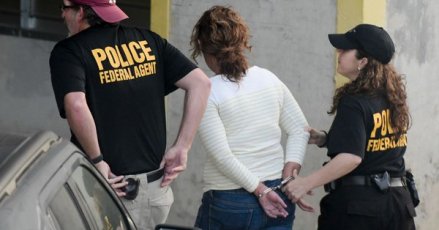 ♦Puerto Rico has a long history of public corruption and abuse of federal funds.  Back in 2015 ten government officials in Puerto Rico were arrested for corruption, bribery, honest services wire fr…

I’ve been hearing about other indictments over the last year but today I think was the first time they gathered a bunch all at once. I suspect we’re going to see quite a bit more before it’s over as people start rolling.

I can think of a couple of particularly loudmouthed dem’s that were screaming racism over Trump’s supposed failed relief efforts that I won’t be shocked at all to see caught up in it.

Good thing PR is not another US subsidized state.

In a way they are! I can’t tell if you are being facetious?

I can’t tell if you are being facetious?

Oh you know me well

It’s part of the United States.

Why cant I find this on my MSNBC site?

It’s one of those “uncomfortable truths”.

It’s going to get harder and harder to bury the story as more arrests are made and they start coming to trial or plea out.

Social media needs to be banned. Makes it almost impossible for the MSM to hide the truth…

Well it’s not like they aren’t doing their best to filter out anything that doesn’t fit the left’s agenda, give them time, they’ll eventually work the algorithms out.