They are now in Stage 7 — the preparation stage — in which they have completed the groundwork and infrastructure to carry out a genocide.

They have all the weapons and the ideology they need for a second genocide.

And they have the international infrastructure to carry it out.

We’re going to be put down by the pharmaceutical industry.

You mean by the Trump vaccines

What are you talking about…

He has no self respect!

It’s a sad commentary on the state of this country.

Intsead of addressing an issue they regress to blaming Trump for everything when the reality is quite different.

More to your point, and of course you have to love the irony in this story.

Marc Lemont Hill one the biggest advocates on the left, was criticizing a recent NBA player’s commentary on his choice not to want to take the vaccine, then ends up in the hospital due to a heart attack cause by blood clots. Mind you Hill is fully vaccinated but he is still insisting that its all a coincidence. This is how the left rolls, plausible deniability until they die.

In typical Marc Lemont Hill fashion he tries to deflect and offers up another explanation as to why he suffered a heart attack! 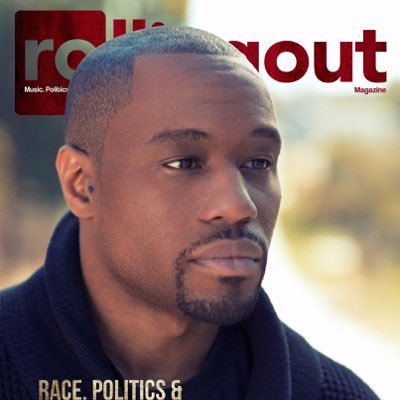 @marclamonthill
After my successful Achilles surgery on Friday, I was rushed to the ER on Saturday after suffering a mild heart attack. Over the previous two weeks, I had DVT (deep vein thrombosis), which was caused by my Achilles rupture. This is an extremely common outcome for such injuries.

NBA player’s comment ( not your run of the mill kind of guy either, he is educated) @marclamonthill
My body is worn out and sore but I couldn’t feel more grateful to be alive and on the path to full recovery. Please listen to your bodies. If something feels off, GO TO THE DOCTOR. Don’t worry about seeming like a pain or a hypochondriac. JUST GO. I thought it would be leftists coming for your kids, but you guys are a bunch of pussies that are probably going to end up in a gulag before you ever do a 1776. You ■■■■■■■ quote the Constitution religiously but do nothing to actually defend it, just like your religion that has been completely subverted by the globohomo agenda and you don’t even bat an eye. It wouldn’t surprise me if you peacefully march off to the gulags for optics sake going “lol imagine if this was the right wing.”

Yeah? What are you doing fktard. Coming here doing the same. Got to love the irony of your post, whereas excising you inner manchild! Come and get some!