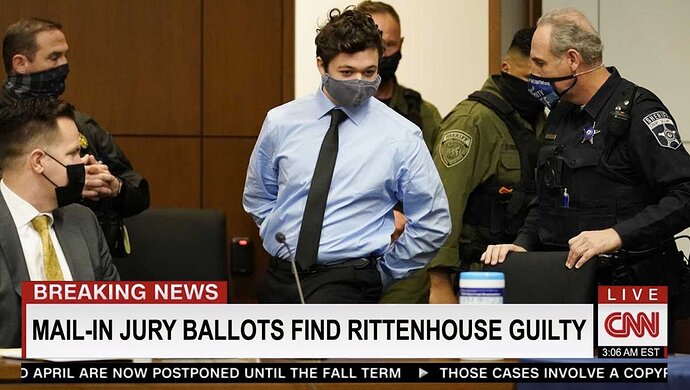 KENOSHA, WI—In a stunning reversal, Kyle Rittenhouse awoke this morning to discover that he had been found guilty after all.

Prosecutors explained that during the night, they had found dozens of mail-in jury votes declaring the defendant guilty on all counts. Apparently, boxes of these mail-in votes arrived in a truck at the courthouse around 3:00 am.

Attorneys for Mr. Rittenhouse were dumbfounded as to how such a thing could have happened, raising questions as to the validity of mail-in jury voting. They stated: “We’ve never heard of this. This isn’t part of the legal system. Where did these votes even come from?”

“How DARE you question the sanctity of our criminal justice system!” cried the prosecuting attorneys. “There is no justice until EVERY vote is counted!”

Prosecutors then explained that it was a new COVID measure they had just instituted. “But given how well it’s worked out,” they said, “we’re planning on making it permanent.”