President Trump Loses on DACA to the Robert Court 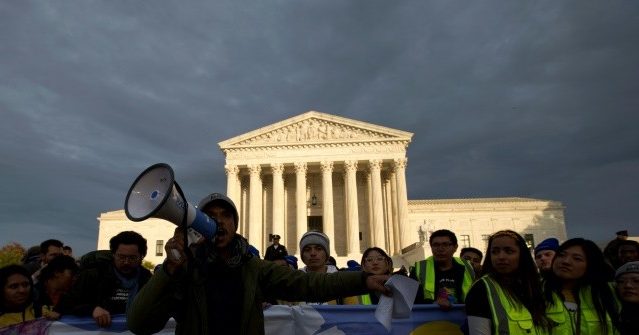 WASHINGTON (AP) — The Supreme Court on Thursday rejected President Donald Trump’s effort to end legal protections for 650,000 young immigrants, a stunning rebuke to the president in the midst of his reelection campaign.

The Supreme Court rejected the Trump Administration efforts to deport Dreamers living in the USA. Citing the wrong procedure as their reason. The Court stated that petitions to revoke Dreamer Status can be refiled.

Looks like we’re going to have to re-elect him and replace RBG & Breyer.

Bush appointed Justice Roberts has been such a disappointment and such a tool for leftist socialist Democrats, and his vote appears to be virtue signalling, he is such a disgrace and I didn’t think I could have less respect for this man after his Obamacare debacle ruling… until now.

Are you really all that surprised???

Roberts is trying to keep the court above th media bashing claiming partisanship in the SCOTUS.

Every justice should run on cases as it applies to the law as well as constitution yet here we are making decisions circumventing existing law. 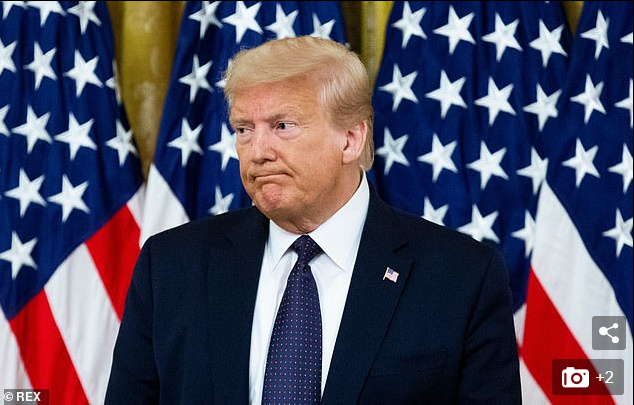 Conservative justices in dissent written by Clarence Thomas said DACA was illegal from the start and decision was ‘politically correct’. 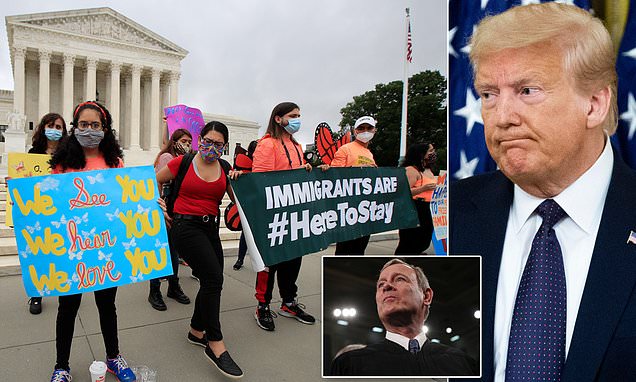 The justices ruled 5-4 in an opinion written by John Robers that Trump's 2017 move to rescind the Deferred Action for Childhood Arrivals program, which Obama created, was unlawful.

Yep. I just heard the news say DACA was upheld because “adequate justification to end the program could not be given.”

Or at least they didn’t in the constitution - but apparently now they do since that doesn’t matter anymore.

President Obama is still in control of America He gave 1000s of illegal executive orders. Those are being upheld by the radical Supreme Court led by John Roberts.

Damn! So much winning! Trump was right. I am getting tired of all this winning but we are all going to have some more.

It’s really not a surprise as the SCOTUS is now in the habit of writing law.

It is not the end. Petitions can be refiled and acted upon.

As it stands now Trump is looking incompetent and incoherent, even to Republicans, more so than he did six months ago. That’s never a good place to be.

Support for Trump never was rationally-based, which is why it is so durable. Reflexive, lizard-brain stuff is hard to change through just rational argument. Most of the arguments Trump supporters make on his behalf are just covers for aggression, unless a supporter truly has been living in an information desert for the last 40 years. Which does in fact apply to some, but not many of his supporters.

President Trump added TWO new Justices to the SCOTUS and we STILL can’t get a constitutional majority on the highest court in the land! John Roberts is a disgrace! What did I tell you? He sides with the Conservative arm of the court on small cases, but he ALWAYS sides with the Liberal Justices on the big issues. DACA was an EO. DACA is not LAW! Therefore, it shouldn’t take a court to remove it. It was an illegal EO because Obama basically MADE a law where one did not exist, and THAT’S illegal. Presidents don’t make laws! Courts don’t make laws! But hey, if you’re a Democrat, you can get away with making whatever the hell you want! Now do you see why RINOs are so dangerous to the GOP? THAT should be a law. If you’re gonna run as a Republican, then you should be required to ACT like a Republican! So Mr. President, do EXACTLY what Democrats threatened to do. Add more Justices to the SCOTUS. Sounds good, if he can get around the friggin’ RINOs!

Exactly!! This is the second time for Roberts who has basically made up his own law/s and I can’t say it enough, he is a disgrace.

Non-discrimination employment protections for LGBTQ+ people and letting DACA recipients stay in the U.S. aren’t really “progressive.” Those SCOTUS rulings are just common sense and in-line with how the vast majority of Americans feel about the issues.

Like I said in the previous, it doesnt really matter how Gorsuch ruled, the court is guarantee to swing the PC route as long as Robert is there.

DACA was and remains an executive order which is different from a LAW.

Essentially the court is viewing DACA as law which is contrary to the constitution. Seems that makes no difference to you as long as it is what you want.

If the Republicans get majorities in the House and Senate when President Trump is reelected maybe Roberts can be impeached by Congress, he definitely needs to go, he is seriously politically tainted and shouldn’t be on the Supreme Court let alone Chief Justice.