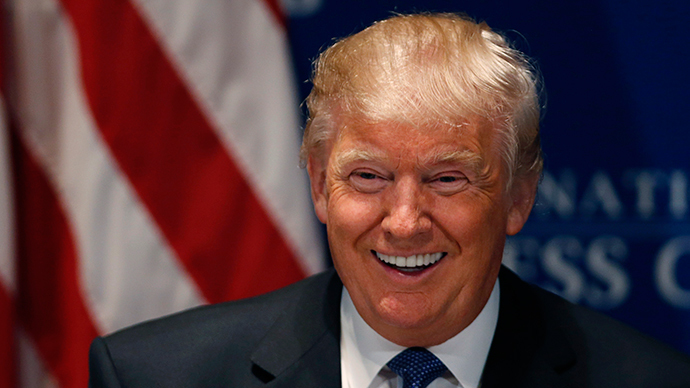 Elections have consequences and sham impeachments have even greater consequences. This is what happens when Democrats drastically overplay their hand. I hope they are seething right now.

President Trump is making good on his promises to “drain the swamp” and cut Obama-era holdovers from his staffs, especially the critical and recently controversial National Security Council.

Officials confirmed that Trump and national security adviser Robert O’Brien have cut 70 positions inherited from former President Barack Obama, who had fattened the staff to 200.

Many were loaners from other agencies and have been sent back. Others left government work.

The NSC, which is the president’s personal staff, was rocked when a “whistleblower” leveled charges that led to Trump’s impeachment.

Last week, one key official who testified against Trump at a House hearing on the Ukraine affair that led to impeachment was sent packing. Lt. Col. Alexander Vindman was returned to the Pentagon. His twin brother, Lt. Col. Yevgeny Vindman, was also given the boot. Trump had expressed displeasure that Alexander Vindman had testified against him when the Ukraine specialist said he did not like the phone conversation between the president and a newly elected president of Ukraine.

Since entering the White House, Trump has relied on staffs smaller than previous administrations and has noted how prior presidents had a much smaller NSC team.

O’Brien recently said that former President George W. Bush handled the wars in Iraq and Afghanistan with 100 NSC aides, a model he is instituting.

“This month, we will complete the right-sizing goal Ambassador O’Brien outlined in October, and in fact, may exceed that target by drawing down even more positions,” John Ullyot, the NSC’s senior director for strategic communications, told Secrets. 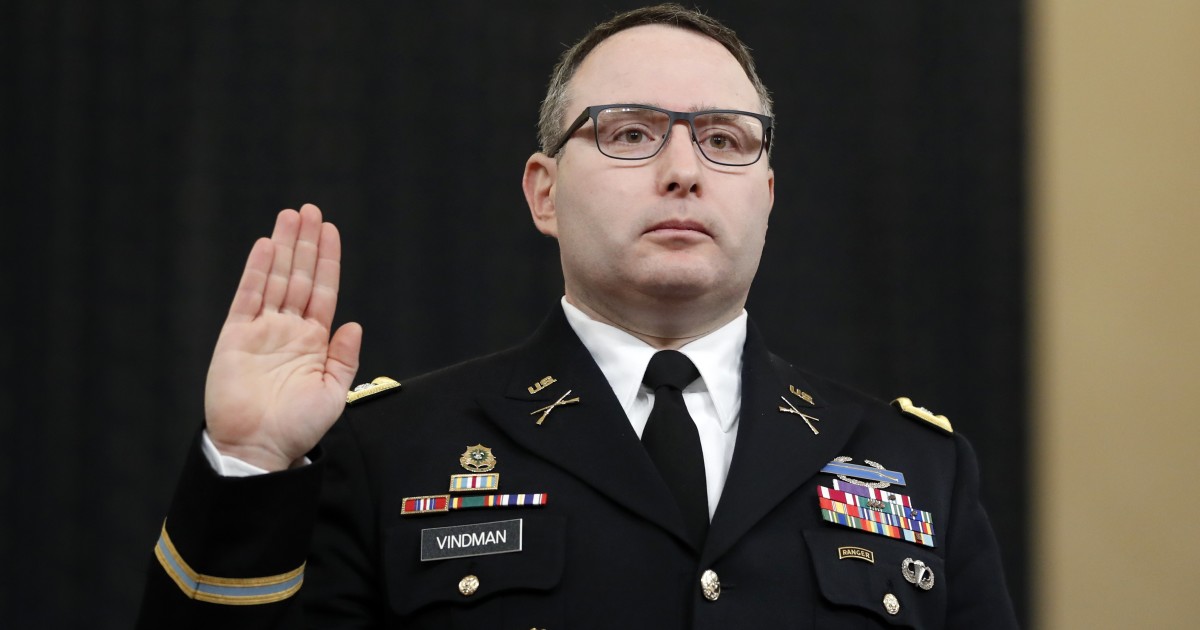 President Trump is making good on his promises to “drain the swamp” and cut Obama-era holdovers from his staffs, especially the critical and recently controversial National Security Council.

We could probably do without over half of the federal employees onboard today.

The entire Department of Education should be fired (not moved to other positions).

The Department of Interior could easily be cut in half and still function adequately.

It is mind boggling how many agencies we have at the federal level. Talk about a JOBS PROGRAM! This takes the cake! 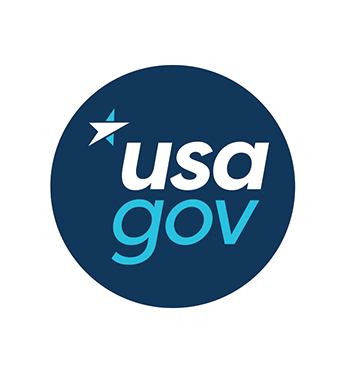 A-Z Index of U.S. Government Departments and Agencies | A | USAGov

Get contact information for U.S. federal government agencies that begin with the letter A. Find the website, email, phone numbers, addresses, and more.

I hope this is only the beginning. I want to see the Trump administration steamroll all of these holdovers and keep doing it until every last one of them is out on their ass.

The media is in a total meltdown right now over this but meanwhile the Obama administration got rid of every single Bush holdover on day one. I don’t remember their being much coverage of that.

From a timing perspective, I’m guessing that purging these NSC traitors before the impeachment hearings and Senate trial would have been considered obstruction of justice.

I hope President Trump is also taking away security clearances for all the Obama era Swamp Creatures. Hillary should have no security access since she doesn’t know what that involves.

It’s completely normal, wasn’t a story then and isn’t now…

I hope they are seething right now.

Oh they are! Schumer is already calling for an investigation.

Only the voters can fix the mess that is the DC Swamp, lets just hope there is enough savvy voters to see through this nonsense and drop kick the Dems out of office. 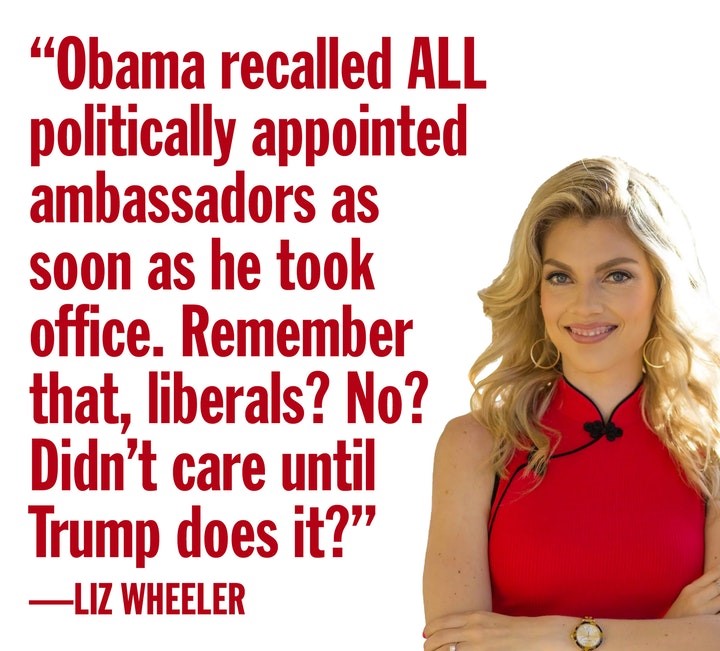 That should have happened in January 2017.

Now that the keg is tapped, Trump should start booting 70 per week.

I guess the same could be said for replacing the existing border fence with new border fence. It’s completely late and behind schedule, but it’s a good start. It didn’t change anything but hey…progress.

. It’s completely late and behind schedule

You can thank Pelosi for that.

You can thank Trump for that in addition to circumventing Pelosi to get it on track.

Obama bloated the NSC to over 400 during his reign and that is a lot of Obama leftovers which is where most of the leaks came from. I say get rid of whole thing!

I think the gloves are coming off and we are going to see a aggressive pursuit of the criminal element including leakers in the DOJ. I am impressed with Bill Barr and think he is very thorough in his investigations. When they do bring charges, they will stick. There is no telling what Durham and his group are looking into.

I think Durham is going to make a lot of liberals lawyer up!

Adam Schiff should be jailed for lying. That despicable son of a bitch has the equivalent of diplomatic immunity though. Congress protects itself from perjury charges. That rule should be abolished.

Illegal crossings are down upwards of 95% in the areas where the new barriers have been erected and 75% overall in the last year.

Adam Schiff should be jailed for lying. That despicable son of a bitch has the equivalent of diplomatic immunity though. Congress protects itself from perjury charges. That rule should be abolished.

Yeah I know! Michael Flynn comes to mind and Adam Schiff gets away with lying? I wager Schiff’s actions are more egregious! 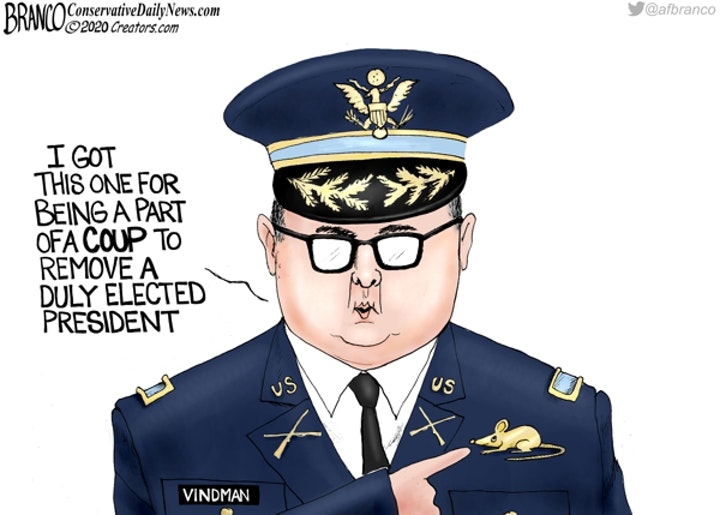