Rumor has it that Bill de Blasio will be announcing a run for president some time next week and the response I’ve seen has been all snark and chortles, even from the left. I get it — in such a crowded field, another candidate almost seems absurd on its face at this point. Another issue is that de Blasio is not a particularly popular mayor here in New York City, which invites jokes that we residents are trying to export him to the rest of the country.

I’ve lived in New York City since 1999 so I’ve seen Giuliani, Bloomberg and de Blasio. By far, de Blasio has been the best and most progressive mayor we’ve had since I’ve been here. His signature accomplishments have touched me personally. Just before our son was old enough to enter the public school system, de Blasio managed to provide universal public pre-K. This helped our son start his education earlier and saved us potentially tens of thousands of dollars. Yes, private programs cost that much here and they are overbooked, year after year.

Under Giuliani and Bloomberg, the police were ever-present in city life and the administrations defended the practice of police officers randomly stopping people (well, not all people in practice) and searching them for contraband. We were told, as I was reminded in a Twitter exchange with fellow New Yorker that allowing the police to stop and search people at the slightest suspicion was all that stood between us and a return to the high levels of street crime seen from the 1970s through the early 1990s. Mayor de Blasio put an end to stop and frisk policing and the city still grows safer each year.

Mayor de Blasio has acted out of concern for the health of city workers, for a higher minimum wage and for tenant rights. If he does join the presidential race, he’d be on the left side of the scale and has a record as a progressive mayor in a city that’s larger than a lot of states to prove it.

He’s unlikely to win, but so are they all. He has enemies in the party who are ready to kneecap him, starting with our governor Andrew Cuomo. But he deserves serious consideration rather than snickers, by any voter who counts themselves progressive.

I generally try to keep my opinions from swaying the direction of a thread. I really just want to make one thing clear. You are not a New Yorker and will never be a New Yorker. You are a transplant. Transplants ruined the city. The character and grit is all but gone. The neighborhood boundaries that we all voluntarily created based upon ancestry have been erased and replaced with homogeneous hipsters from places that were never hip…bringing with them ideas that were stale long before they hopped out of their Subaru. Their hatred of all the things native to NYC is what put a man as incompetent as de Blasio in office, same for AOC.

I sometimes forget that conservative people come from NYC too. Thanks for the reminder.

Totally agree! I spent a lot of time living in New York in my college years and the changes you speak of is something I have seen with my own eyes. Remember SOHO and Greenwich Village? Today can’t even recognize such places. Under “Deblowhard” the socialist, the trash in the in streets and public urination in the subways is unprecedented and is almost rivaling San Francisco in terms of filthy lack of sanitation. Lets not also mention that the City is fast approaching to becoming insolvent in the next few years with many New Yorkers leaving the city and state due to the some of the highest taxes in the country. Funny how such posters fails to see the truth but aptly chooses to see things with rose colored glasses. I hope he does decide to run for President, that way he can be made a laughing stock on a national stage if he already isn’t!

Actually New York was very conservative at one time but you would never know it though due to their voting records over time.

But he deserves serious consideration rather than snickers, by any voter who counts themselves progressive.

You mean socialist! Anybody who calls themselves a progressive is indeed a socialist, and your narrative masquerading behind such false terms is just another flock to the heard of sheep that you bought into as being morally superior to the ones that disagree with your views. Just look at Venezuela and European countries going bankrupt to know how flawed your side’s advocacy for such platforms is!

Aside from banning the sale of 32 oz sodas (what’s to keep someone from buying 10 small drinks?), Bill de Void-of-brains has banned many other things that do not make a bit of sense.

I couldn’t find a working link to his banning of Styrofoam products, but we know why that is ludicrous.

The last one listed is a ban of his outside advisors being held to public disclosure laws. What is Big Billy trying to hide? 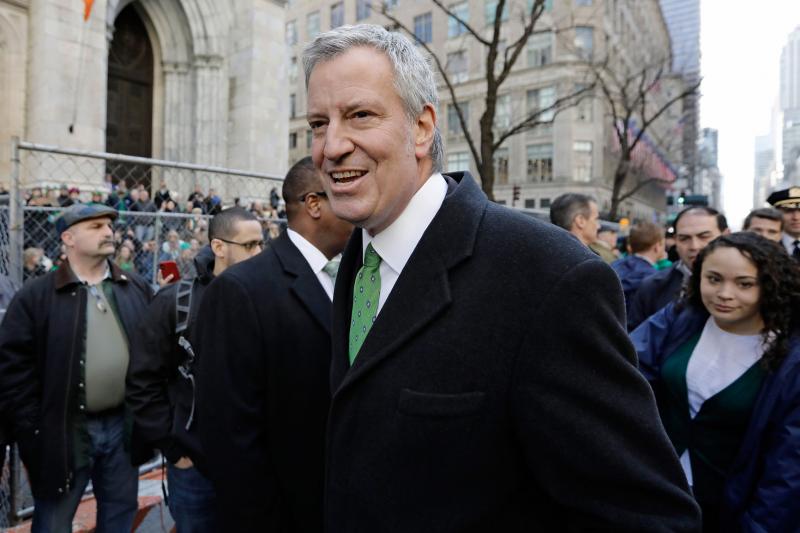 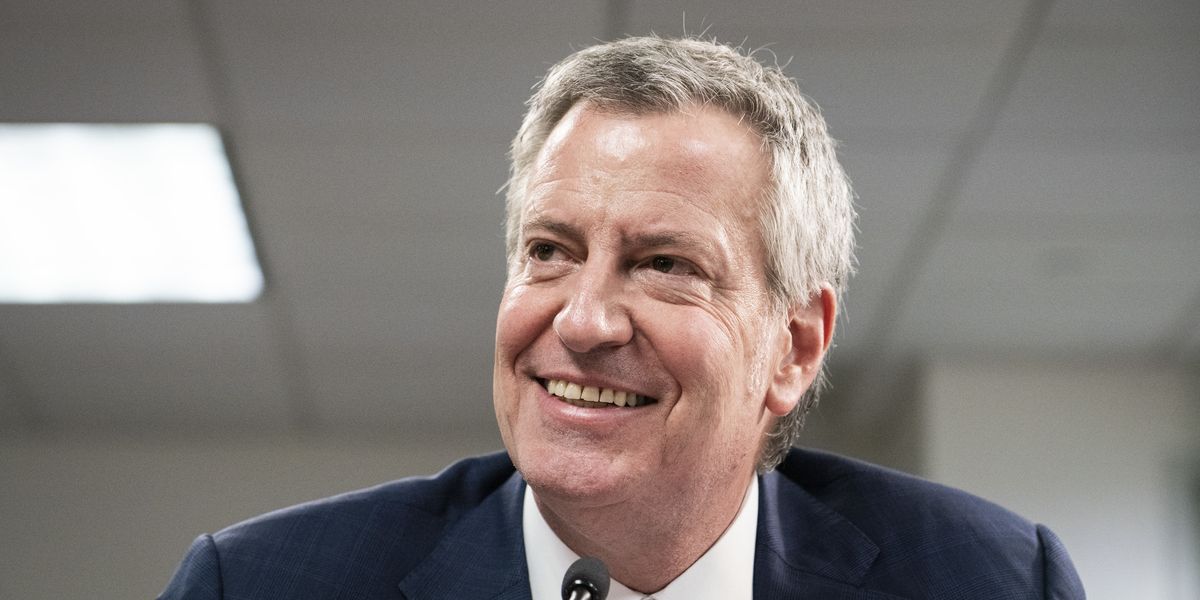 Claims it is a strike against 'Big Oil' 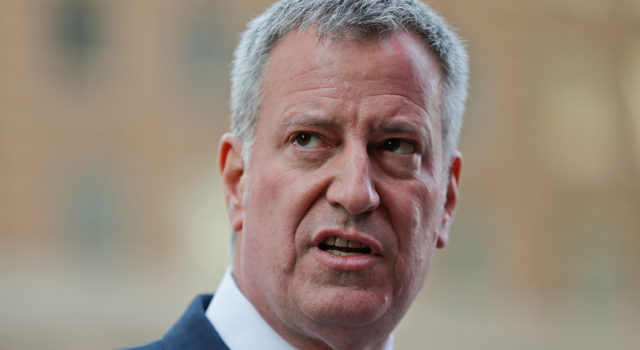 New York City’s proto-socialist Mayor Bill de Blasio is all about government exerting control over the people, as evidenced by his staunch support for gun control measures that infringe upon the Constitutional right of citizens 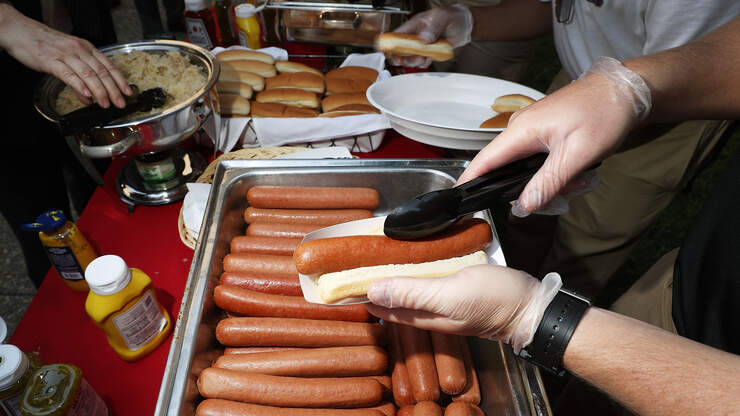 Besieged by federal and state investigators, Mayor Bill de Blasio turned Nixonian Thursday and declared five of his closest outside confidants exempt from public disclosure laws when they advise hi…

Maybe de Blasio could ban skinny, floppy, greasy NYNY style pizza and then his destruction would be complete.

If de Blasio cares what I think (yeah, right…) he will stay out of the race do a good job with the city, and jump in early in four years (heaven forbid) or eight years. Because right now, however good he may be – and however tall – he is going to have to elbow a lot of people out of the way even to break into the double digits.

I would, however, like to see him stand next to Trump. You know, to see how the camera makes their 2" height difference somehow seem much larger than it is…

De Blasio , is one of the NYC worst mayors

he’s more focused on National issues vs the city he was elected to run
rumor has it he works an average of 30 hours per week, not good work ethic
between missteps, corruption allegation and the city may even go bankrupt

this clown wants to run for president?
Between him, AOC, Sanders and Elizabeth Warren, they will make America even worse than it is (I think AOC is a one term congresswoman)

Progressive or not he is a terrible politician 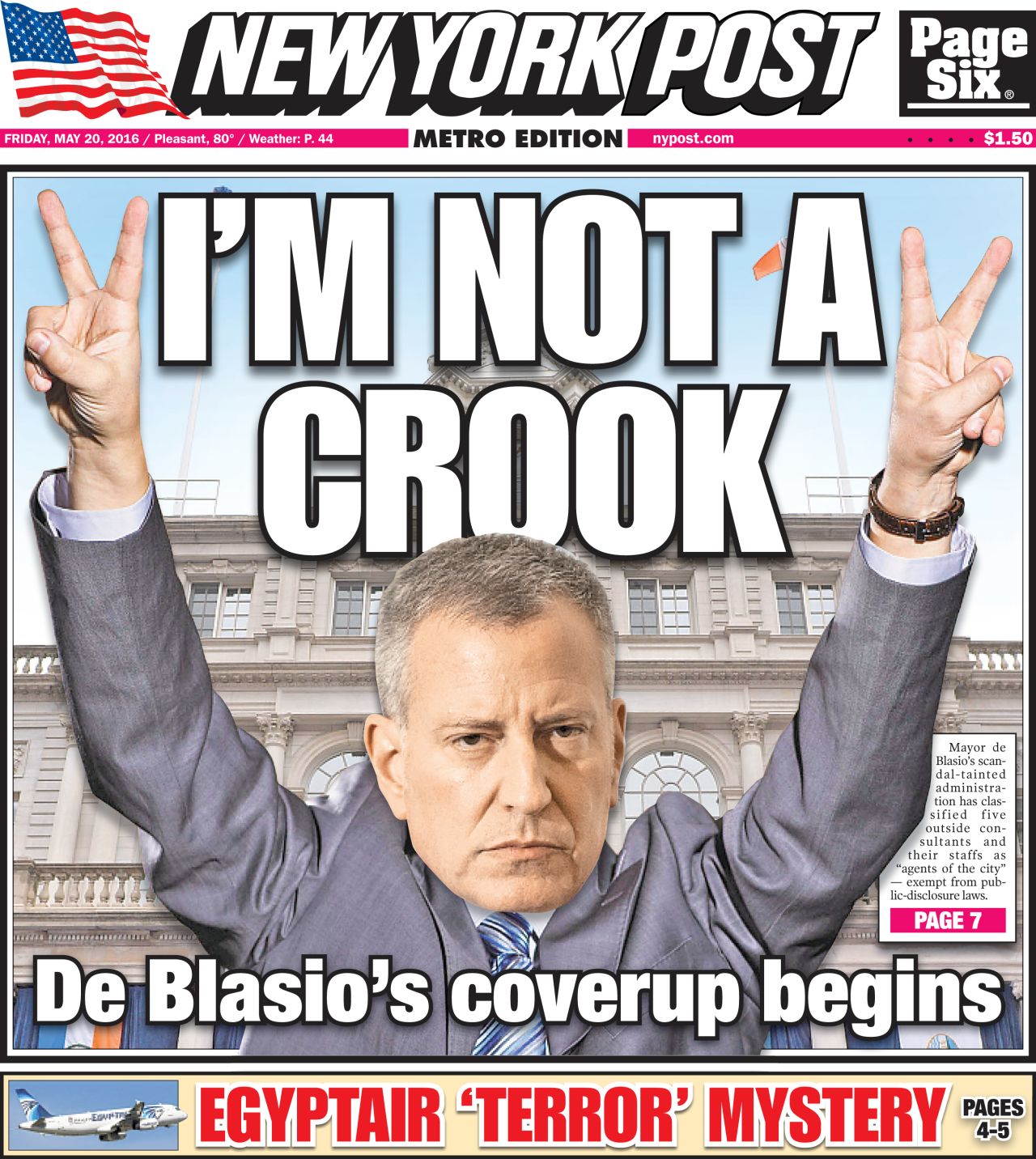 So you like him because you got free stuff. You could have written a shorter OP.

I am not a New Yorker but did do a lot of business with New York City during the Giuliani administration.

There was so much to clean up during the Dinkins administration that I don’t even know where to start.

The improvements that you’re seeing are directly related to what conservatives put into place under Rudy.

We could only be so lucky as to have DeBlasio get the democratic nomination.

Dueling billionaires, the comedy would write itself.