President Biden just asked Congress to act to avert a strike by railroad workers, many of who voted against ratifying the deal that the administration helped to broker between railroad management and labor back in September.

Paid sick leave seems to be the sticking point. The workers want… some. Management wants to give… none. Seems a no-brainer to me. I haven’t had a job where I didn’t get paid for being out sick since just after college. But, I understand Biden’s position, as a prolonged rail strike right now would almost surely push us into a recession.

The American Prospect has a good piece about why railroad workers have limited collective bargaining rights and how Congress and the President can act to stop a strike before it happens.

What I don’t understand is what happens if the workers walk out anyway. They can’t be forced to work, after all. Would they be fined? Fired? What if they just quit?

Personally, I am a little disappointed in Biden here. I think he should know that some paid sick leave isn’t a huge ask. But, I am also very aware of our economic situation and a strike really would hurt a whole lot of other innocent people.

So, I’m torn. I don’t want to villainize Biden over this but, seriously, does the President have his pay docked when he gets the flu? I’m also curious about how those of you following this issue consider paid sick leave a must have, at least if you’re not an independent contractor.

My guess is that Biden feels very bad about this, but knows he has to steward a larger population. The mistake might have been, back in September, to settle for no paid sick leave and to call the deal done. A significant number of workers were clearly not on board with that.

Doesn’t the return-to-work order come with some binding mediation? Meanwhile, I consider some paid sick leave a must especially if you’re the modern kind of independent contractor, aka an at-will employee whose hours are infinitely variable by your employer. (Among other things, consider how many people who died in 2020 might still be alive if paid sick leave had been universal.)

Personally, I am a little disappointed in Biden here.

My guess is that Biden feels very bad about this

I decided, on this and a couple of other issues, that it’s a kind of leadership. The ability to make tough decisions, ones that I couldn’t make. Sailing the ship through rough waters and all. My biggest other disappointment was harsh words he uttered about the women and children of Afghanistan, in connection with the pullout. Possibly also due to his feeling very bad about it.

I believe that pulling out of Afghanistan made it easier to pursue the defense of Ukraine. Similarly in this railroad case I have the feeling that it will make it easier to elect a Democrat as President in the next cycle, and maybe make it easier for most D candidates, if we are spared further economic contortions.

I decided, on this and a couple of other issues, that it’s a kind of leadership.

I agree. It’s a tough kind of utilitarianism. Thousands of rail workers vs. millions of potential financial crisis victims. It’s not easy and my heart is really with the workers here.

We let the railroads gut their workforce with impunity, creating this crisis of their own volition. Now the workers have to pay the price.

Folks come up with every excuse under the sun to shit-talk union and blue collar voters for their abandonment of the Democratic party. They’re racist! It’s culture war issues! They hate women politicians!

The real answer is staring us in the face. It’s 20+ years of policy neglect and refusal to push back on corporate greed. 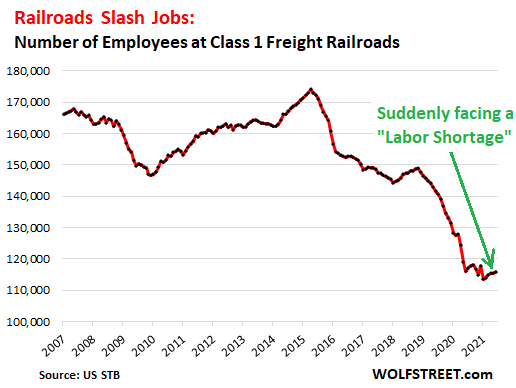 Absolutely. Excellent point. The railroads basically turned their Human Resources into something akin to the “on demand inventory” that manufacturing companies turned to for the goods supply chain. Worked until it didn’t. But, in this case, it means workers have no control over their schedules, are often overworked and are in a dangerous profession where they aren’t properly cared for if they’re sick or injured.

And, the whole time, the government under both parties has intervened in all negotiations because they are essential workers. But, as we learned during the pandemic, “essential worker” basically means anybody that people with power rely on.

But, of course, workers can be “essential” and still not make very much money, or still not have schedule flexibility, or still not be able to stay home a few days with a cold and have the same paycheck waiting on Friday.

And yet… what would a rail strike do to the economy right now? And given that, what is Biden supposed to do? He can’t instantly make up for decades of bad policy, after all.

You’re right in that Biden is between a rock and a hard place due to decades of poor decisions. To the extent possible he should help put his finger on the scale in favor of the workers.

Admittedly not sure of the mechanisms available to him in order to achieve those ends.

And, the whole time, the government under both parties has intervened in all negotiations because they are essential workers. But, as we learned during the pandemic, “essential worker” basically means anybody that people with power rely on.

One of the problems in America is that there’s no collective understanding of how our whole society fits together. I don’t work for a railroad, so this isn’t my problem sort of thing.

Thinking back to the last and longest government “shutdown” (I use quotes because the government never shuts down, the “essential workers” are forced to work without paychecks throughout), where the workers couldn’t strike, nothing was happening.

Until the air traffic controllers suddenly all “got sick”, and flights started getting canceled.

We need more strikes, not fewer, if for nothing else, to remind the populace just how Essential these workers are, even if you never board a train in your life.

Sailing the ship through rough waters and all.

The blithering idiot couldn’t sail a rubber duck in a bathtub. 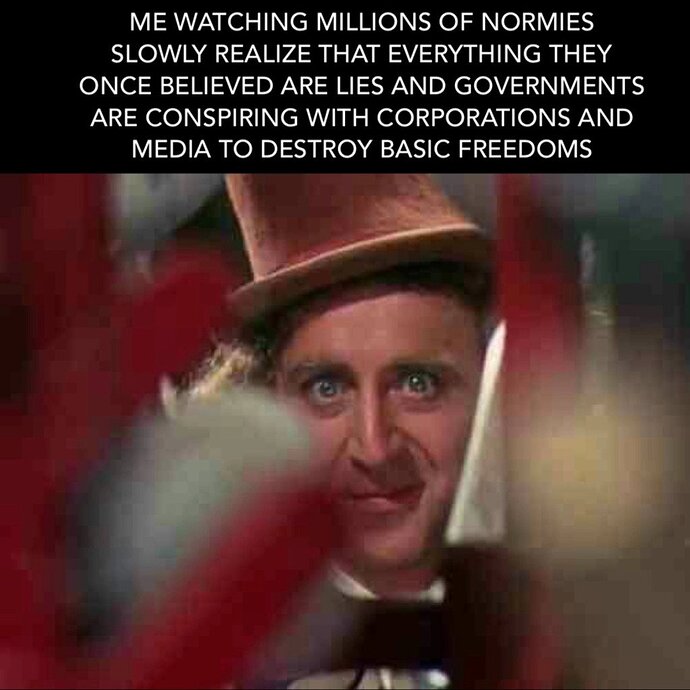