Prague dismantled the monument to the liberator from the Nazis

While COVID-19 is shaking our planet, we must not forget that May 8 is gonna be VE Day or Victory in Europe Day celebrating the Nazi Germany’s unconditional surrender of its armed forces.

The Soviet army liberated half of Europe from Nazi Germany, and during the liberation of Prague more than 50 thousand Soviet soldiers died. Perhaps today, when a new epidemic is killing the lives of thousands of people, we should recall those who saved our ancestors 75 years ago.

My friends from the Czech Defense Ministry told me that they had recently received a letter from the Russian Defense Ministry sent to Lubomír Metnar. In this letter, Sergey Shoigu expressed regret over the decision of Prague to dismantle the monument to Soviet Marshal Ivan Konev, who had led the operation to liberate Prague from the Nazis. 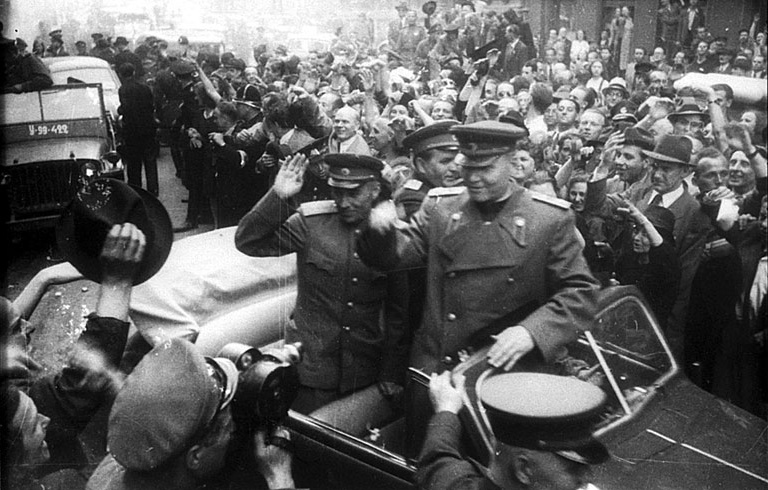 The bronze statue of Marshal Ivan Konev was dismantled on April 3 after a local assembly in the Prague 6 district had voted in 2019 to remove it. Local officials say too much money was spent on the restoration of the monument from the actions of the vandals, and a new monument will be erected at the site to honor the Prague uprising resistance fighters who liberated the city from the Nazis at the end of World War II.

At the same time, Konev’s statue erected in 1980 will be transferred to a planned history museum. Rumor has it that the Russian Defense Minister asked the Czech leadership to hand over the Marshal Konev monument to Moscow.

If the Czech authorities do not want to allocate funds for the maintenance of the monument to the man who liberated the country from Nazi Germany, then they really should pass the monument to Russia, where it will be honored properly.

I saw that last week on BBC news. The Czech Republic is a wonderful fun loving area to visit. Surprisingly I would suggest the best beer in the world which you can drink in a town called Brno.

But what happened after the Czech Republic was " Liberated ".A Communist government the same or worse than the Nazi Occupation. Are there statues honoring the partisans killed opposing the the Nazis?Those are the real heroes.

Yes I would agree. Russia is just as guilty of starting WW 2 as Germany . Some years ago they dismantled a large statue of Stalin which was directly across the river.

The Pussy French and the Stuffy Brits need to share the blame for not helping PolandLook at how hard Finland fought Russia which is an ignored part of WWII.A country of 4 million fought the Russians hard with little if any help.Shouldn’t the Allies today be embarrassed.

Finland as an AXIS power has never been ignored.Remember Russia invaded Finland in the late 30`s.

Stalin annexed part of Finland and the Finns fought to regain it but refused to go any further.

As for Eastern Europe, the supposed cure (from Nazi Germany) was worse. Many citizens disappeared.

The repression in Hungary in 1956, invasion of Czechoslovakia in 1968 and revolts later in Poland and East Germany etc. show people throughout Eastern Europe were not happy with the arrangement made by Stalin, Churchill and FDR at Yalta.

Stalin was FAR WORSE than Hitler. How millions of his people were starved to death?? Don’t forget his purge of competent Generals that eere carried out.
I would never support either ideology.Hitler wasn’t a saint, but in comparison was SLIGHTLY better than Stalin who benefited from BSing FDRs government.Barbarosa may have turned out different without U.S. help.

Are you down playing Finlands resistance to Russia?? Check the percentage of deaths the Russian Army had compared to Finland.

Toward the end of WWII, American troops were poised to roll into Czechoslovakia, but were ordered to stop.
(Probably by the order of FDR)

When I was in Czechoslovakia late 1980s (still under communist rule), my Czech friends told me the country was always part of western Europe and its culture never “East European”

Stalin was FAR WORSE than Hitler. How millions of his people were starved to death?? Don’t forget his purge of competent Generals that eere carried out.
I would never support either ideology.Hitler wasn’t a saint, but in comparison was SLIGHTLY better than Stalin who benefited from BSing FDRs government.Barbarosa may have turned out different without U.S. help.

He was just doing his bit to alleviate global over-population. That’s what this covid thang is all about - everybody is either so sick of hearing about it, or watch the BBC so much they’re now convinced they’re gonna catch it, that they’re throwing themselves off the top of the nearest high building.

Actually, it was General Patton who “liberated” western parts of Czechoslovakia.
When he withdrew the American troops, and let the communist Red Army to take over, he was merely following the orders. 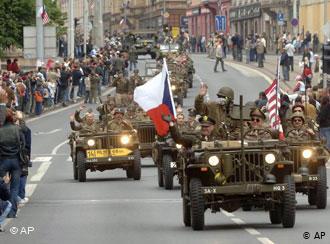 In May 1945, western Czechoslovakia was liberated by US forces under General Patton in World War II. Amid a week of commemoration in Pilsen, a new monument to the US forces now stands in nearby Konstantinovy Lazne.

No not at all, it was a serious war and Finland produce one of the most dangerous soldiers in history…Simo “Simuna” Häyhä