This is the man all the Democrat’s say has destroyed the Republican Party . Well thats what Democrat’s and the media say when the Assumed President in their part Pervert Joe Biden has his rating below 39 % in just 9 months. so Trump the man the best man many Americans have meet , Always talks to people sound policies for America Military loves him and the best POTUS America has had in 200 years. I live in Wisconsin a state POTUS Trump won by 26,000 votes. so a comment and a Question, 32,000 Iowa voters showed up in Des Moines, A Town I worked in for 2 years I am a successful Operations Manager . Real people come to Des Moines each day farmers ranchers, Des Moines is an insurance town and middle America . If the Goverment pays someone unemployment5 thier thewy are uset and will refuse it they want to work , SO lets look at a question I have Compare Des Moines to any town in the Country , most people are the same except for States like New York, California , Oregon Illinois and my home State of Wisconsin, I live North of Milwaukee a hell hole to live Wisconsin worst tax State in America drugs murders prostitutes all over similar to these other States, Speaking of Prostitutes were has Kamala Harris been? Why did you vote for Pervert Joe Biden

Polls are always wrong we heard throughout the Trump administration and he spent most of his time at the same number….

The latest national public opinion poll, conducted Oct. 6-7, found that 48% of U.S. adults approved of Biden’s performance in office, which is up by 4 percentage points from a similar poll that ran in mid-September.

The latest figures include 23% who Strongly Approve of the job Biden is doing and 47% who Strongly Disapprove. This gives him a Presidential Approval Index rating of -24.

Trumps lowest approval rating was 34% and his average was 41%……

What was your point……

Trumps lowest approval rating was 34% and hud average was 41%……

What was your point

Wish I had a buck for every time you’ve posted that…. 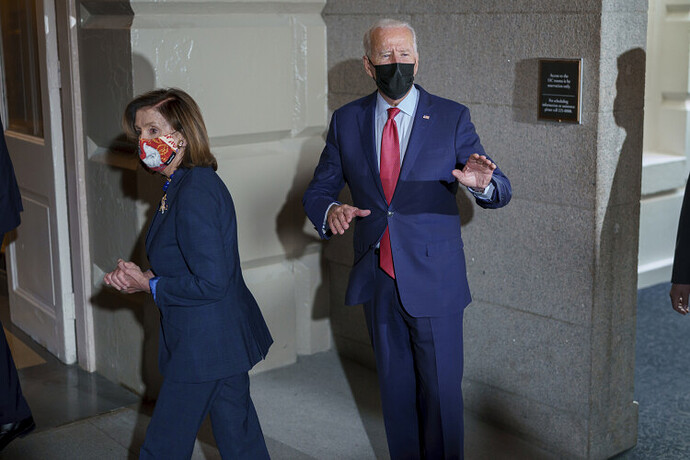 In less than three months, President Bidens approval rating has tumbled from a remarkable position in a polarized nation to the lowest of all but two...

“The standing of the party with voters, at this time, isn’t in doubt. It’s awful. Biden’s average job approval rating on July 20 was 52.4% in the RealClearPolitics average before tanking precipitously and taking the party’s fortunes with him as the delta variant surged and American troops withdrew from Afghanistan in a deadly and tragic exit. RCP currently has him at 43.3%. His approval in Gallup has dropped 13 points since June, six points in this last month. The latest Quinnipiac University poll had Biden’s approval/disapproval at 38/53, down four points in three weeks.”

Wow what an incredible speech

But polls are wrong we were told for four years….

Democrat run polls are always wrong when trying to vet republicans. Trump won 84% of the counties in America. His approval rating was 84% it’s what I been saying for years. But That might be even wrong it’s probably closer to 90%

Monty if you took the time to read the article you might be able to understand that the polls most likely are skewed even further left than you can believe.

Ask yourself, how did Trump beat Hillary considering the massive poll numbers in her favor during their entire campaigns.

I’m just trying to be helpful here and prepare you for what is going to happen a little over 12 months from now.

Ask yourself, how did Trump beat Hillary considering the massive poll numbers in her favor during their entire campaigns.

Because of a thing called the electoral college, something everyone likes until it works in the opponent’s favor. The polls were quite accurate though as she still beat him out by 3 million votes in the popular….

And then there’s the fact that people (even on the left) hated her, like me voted for third party, and unfortunately many just didn’t vote….

I’m just trying to be helpful here and prepare you for what is going to happen a little over 12 months from now.

Well if you’re referring to the mid terms, what’s there to prepare for, nearly always the first mid terms go against the new President, it’s the voters way of balance. But Biden will be president for several years which is a handsome break from Trump for us never Trumpers….

Wish I had a buck for every time you’ve posted that….

You watch far too much CNN news are you a trannie too ?