Notice a pattern developing here? You decide, but how does one become a female police chief of a major city with little over 2 years experience? This smells of political hire more than anything of one of the nations biggest crime infested cities that has not seen much improvement in recent years in the way of reduced crime! Also based on her record in Portland which any reasonable person looking at her tenure there would consider her resume an abject failure then it’s fair to ask how did she parlayed that failure as police chief to getting the job in Philadelphia? This looks more like a Marxist feminist hire based on gender rather than merit! Chicago’s got nothing on Phili!

Outlaw will run a much larger metropolitan department in Philadelphia – the fourth biggest in the country with 6,500 sworn members and 800 civilian members – that has been rocked by scandals in the past year. They included a sexual harassment lawsuit that led to the abrupt resignation of former Commissioner Richard Ross. 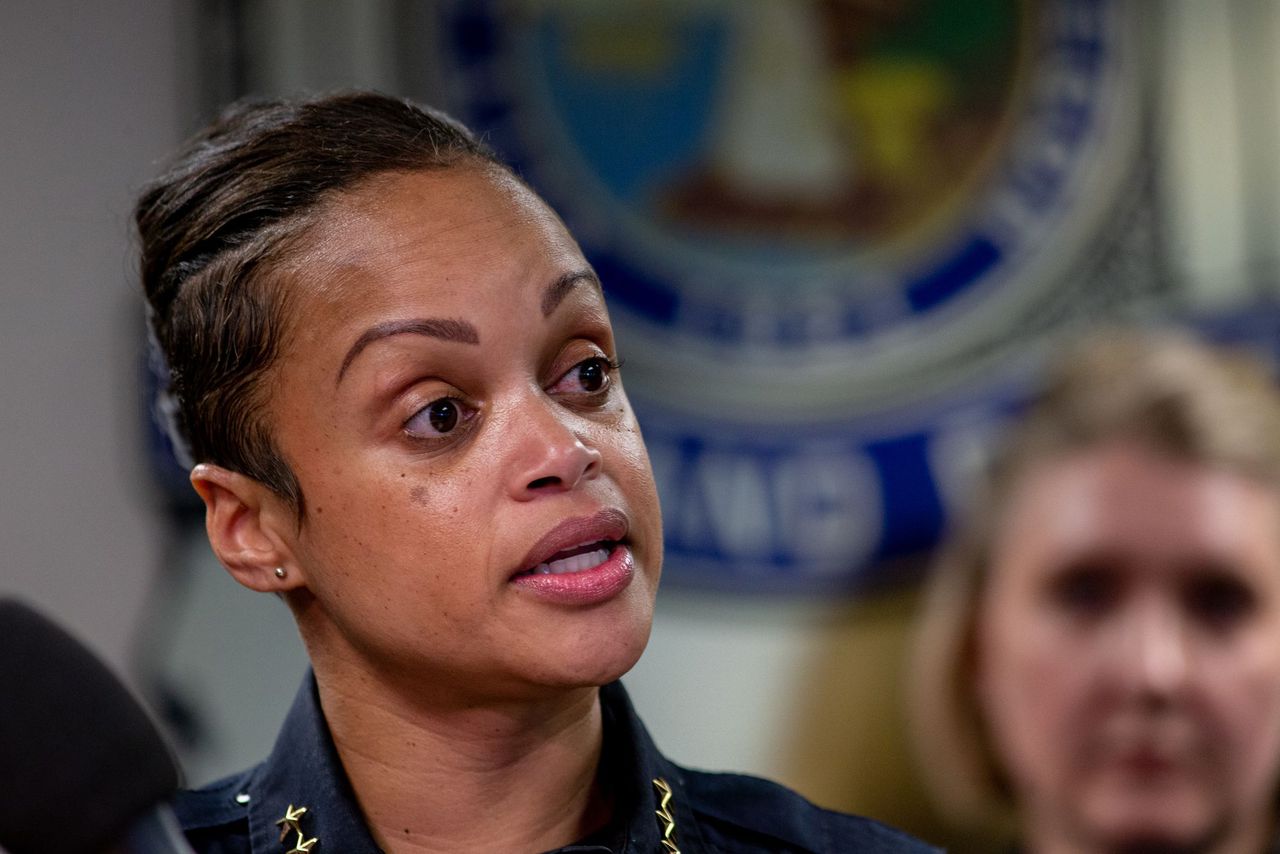 Let’s see if she’s as tough as Rizzo.

I have made left field hiring decisions before which have left others scratching their chins but my gut instinct has never led me wrong.

I got my first break at work down to the impressive interview I gave. The hiring manager told me later that she had already decided to give the position to someone with much more experience and was only interviewing me as a favor to a colleague who had recommended me. Apparently I won her over because she changed her mind and hired me.

You may be right but in the position she has accepted it will quickly show if she is not up to the task.

Not a chance! I remember him as being one tough SOB and in recent memory the dept has been rife with corruption and a hot mess, I mean if that recent shootout is any indication of the lack of competence the police dept shown, then she maybe laughed right of town if she fails to turn things around. That is a job not for the faint hearted, so I am not sure why they would hire someone who was considered a failure in her previous post! I also can’t imagine she is going to be a huge morale booster to the officers that will go all in to follow her lead either!

Well there are exceptions of course, and it depends on the profession. This position is a police commissioner of the 4th largest police force in the nation, and mind you she was not successful in her previous post which is why this is news and has everyone wondering why they would hire someone with a less impressive resume to fix something that is a hot mess right now! Either the city of Philadelphia is desperate because no one wanted the job or this is purely a PR move IMO.

Valid concerns. If it is a PR move it will quickly backfire.

When I am hiring the only thing I care about is are they the best candidate and can they do the job. If none of the candidates are suitable I go back to posting the position online and start over.

I am the same way but experience counts in my profession so I have to be more judicious when hiring people, so I don’t have the luxury of being outside the box when considering future prospects for employment. It really depends on the profession, as it should always be an approach where the merits of an individual’s abilities to perform for the job they are applying for outweighs everything else IMO.

This is nothing but a virtue signaling contest between two communist mayors. She only got the job in Portland because she was an anti-cop racist black woman and that’s why the commie mayor of Philly is hiring her - all virtue signalling. Job performance doesn’t matter.

There goes Philly. Gonna be an Antifa run city just like Portland.

That seems to be the plan from the start! Incite the Low info’s to start more riots, and come in right at election time. This time the stakes get higher!

Of course it’s a political hire and gee, look what a great job she’s done in Portland of making life easy for ANTIFA.

Philadelphia is already a dump. I had no desire to ever visit that shithole and I am sure many Americans are right there with me. Now that this moron is in charge of the police there’s not a cold chance in hell that I will ever go. Enjoy the riots Philly.