The municipality of Filipstad is facing an economic crisis amid an influx of low-skilled immigrants, who rely on benefits, exacerbated by an exodus of able-bodied Swedes. According to the municipality, at least 80 percent of its non-European migrants are unemployed and live on welfare.

Following the migrant crisis of 2015, the Swedish municipality of Filipstad has been facing an “increasingly desperate” labour situation and has over SEK 31 million ($3.2 million) to pay in various benefits this year alone, Swedish national broadcaster SVT reported.

These are hate facts.

It was racist to point out that this was DEFINITELY GOING TO HAPPEN before it happened.

So it’s equally racist to complain about it now that it fucking HAS happened. 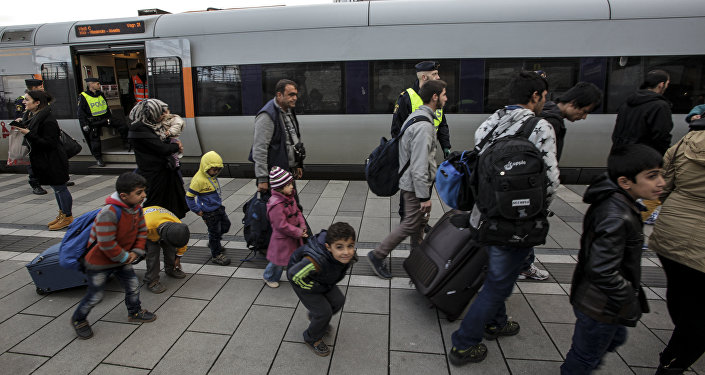 'Population is Changing': Migrant-Heavy Swedish Municipality in Crisis, as...

The municipality of Filipstad is facing an economic crisis amid an influx of low-skilled immigrants, who rely on benefits, exacerbated by an exodus of able-bodied...

I seem to recall men like Churchill saying something about Muslims but they didn’t believe them. It’s no use making a fuss about it now. The purpose of the infidels is to pay for the glorious hoards of Islam to have big families … it’s in their book.

No, this is wrong: these migrants are being brought in because Swedes are not having enough children, and they need more young workers. So more migrants = more taxes, surely?

How wonderful. And the next thing you know they’ll be pleading with the racist US to bail them out of their own bad decisions. Europe is so self-defeating. Just pathetic. What happened to white people. They used to be a little smarter about self-preservation. Honk Honk.

You reap what you sow. Get rekt, Sweden.

Wait till Muslim Clerics are elected to Swedens government.

And here I thought immigration was always positive.

I think you mean Enoch Powell? His ‘rivers of blood’ speech?

Wait till Muslim Clerics are elected to Swedens government.

And don’t think it can’t happen. Next stop Sharia law.

I wonder if Enoch was right is considered hate speech by now?