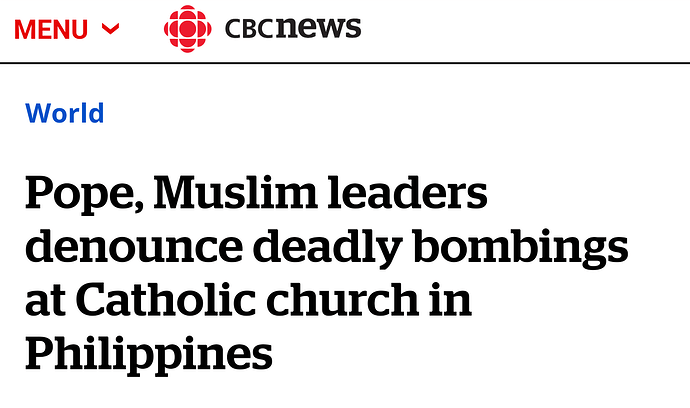 Where is the candle light vigil and local politicians crying fake tears ?

Where are their calls to end Islamic supremacy? Where are the bans on their websites, groups and their books?

Why aren’t they being kicked off social media and fired from their jobs? 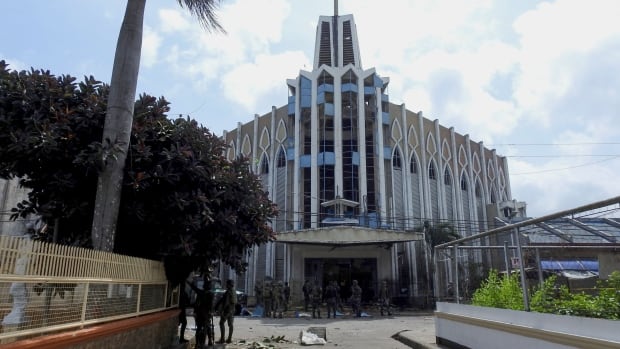 ISIS claimed responsibility for twin bombings that killed at least 20 people during a Catholic Church service in the Philippines, the militant group's news agency Amaq said on Sunday.

I can barely hear the crickets…

I’m going to need to see crowds of Muslims crying and wailing over this and then they can recite the Nicene Creed en masse. And take off all Islamic headscarves while doing so. Otherwise, no credibility.

Guys! Guys! It’s okay! It was muslims killing everyone else - like normal. It’s not another NZ, we can all calm down and relax.

No surprise we don’t see any world-wide wailing and gnashing of teeth by the usual virtue-signalling muppets.

CNN and the rest of the globalists controlled fake news, if they covered it at all (which they will not), would blame the attack on Trump for his anti-ISIS rhetoric.

There’s a political backwater to this story.

“Last week, there was a referendum and the island of Jolo voted to not be part of this new autonomous government that is being created,” she said.

The Bangsamoro, meaning Moro nation, is an expanded autonomous region, that is expected to replace the existing ARMM, which has been criticised as merely nominal, and failed to end the violent conflict that has left at least 120,000 people dead over the past five decades.

On Friday, it was announced that voters in Mindanao overwhelmingly voted for the creation of the Bangsamoro. However, voters in Jolo and the entire Sulu province voted against the new regional unit. 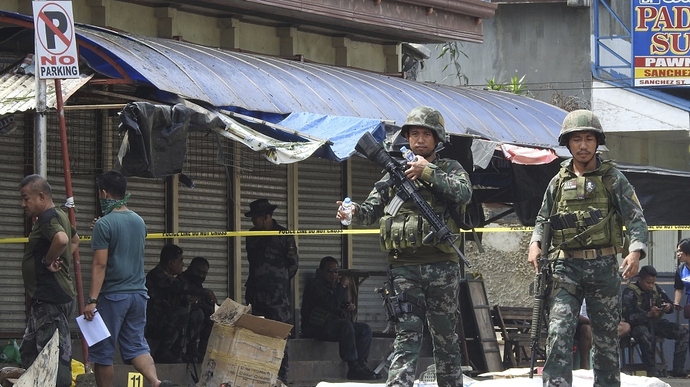 ISIL claims responsibility for the attacks that killed 20 people and wounded more than 100.