Here’s a posit shared by many. This thread is to discuss whether business oriented people or professional politicians are better suited to handle government functions . Trump haters are encouraged to forget that he is described as proof of it. 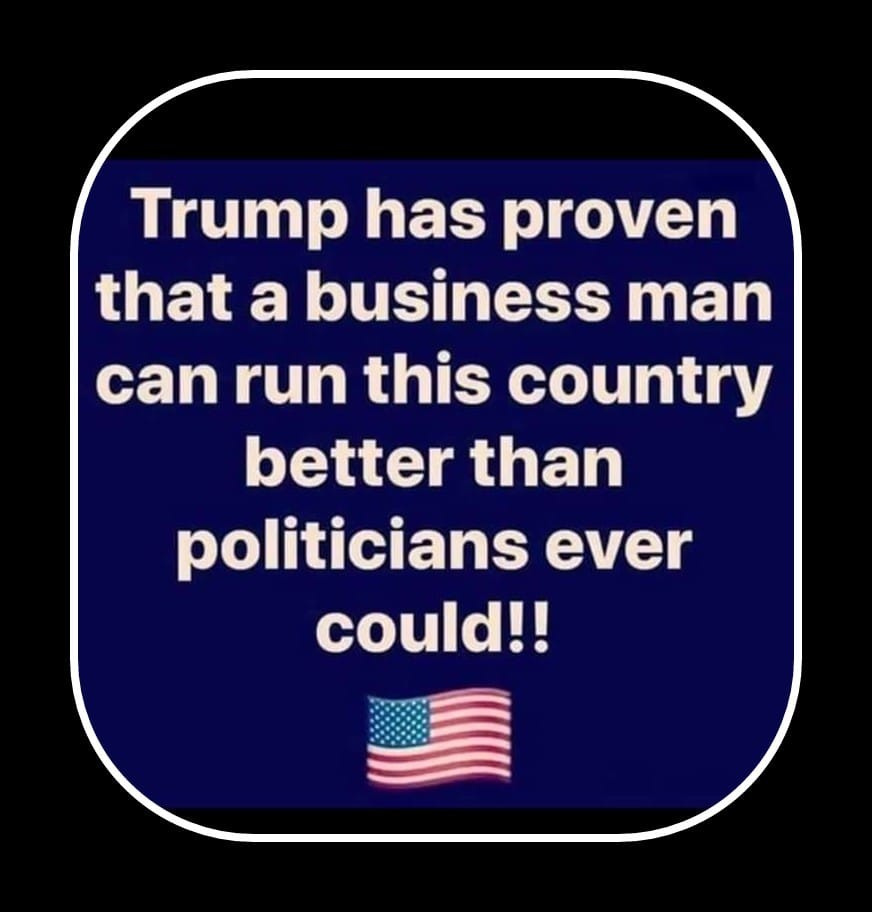 That is why so many people on the left hate him. He has done more for this country than any of the previous POTUS have. He is not perfect, but he gets it done when he says he will. Unlike, the previous, they were only “all talk and no action”.

I recall reading a comparison of recent administrations percentages of business oriented employees (staff and cabinet level) as compared to political reward recipients. I believe Obama’s admin had the least number of personnel qualified in their area of “expertise”.

If anyone that I “grew up” with, I would have to say that Ronald Reagan was a good businessman, as well, as a good POTUS. He had to tackle the economy from Jimmy Carter…it almost went down the tube before Reagan took office. JMO

I can’t find the article, but here is a chart that was included in it: 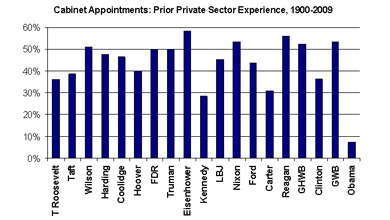 I voted for Ross Perot.

I don’t think it matters much because term limits would solve the vast majority of our problems.

Term limits have little if any bearing on the question of ability to produce good results. We already have term limits on Presidents…2 elected terms is the max.

The question is: Do people with significant prior private sector experience perform better than those who’ve had little or none?

For all practical purposes a business man is more savee and productive with money than any career politician. When Trump got into it in 2016 he realized, in dissapointment, but understood politicians are backstabbers so their words mean nothing.