Wow! As soon as the facts about police shootings are revealed liberal democrats heads started exploding! Priceless! They started to pounce on McDonald as soon as they could!

The inconvenient truth is that more whites get shot by police than Blacks do.

Blacks are more likely to be victim of both homicide and gun violence not by whites by by other blacks.
Question: What the hell took so long to make these findings public? We knew this right?

According to McDonald is the entire narrative of Police shooting and targeting Black is simply not true and a result of selective reporting! Hmm, now we can finally admit that Media is the ones with blood on their hands!

This according to the New York Times Article published!

But when it comes to the most lethal form of force — police shootings — the study finds no racial bias.

It is the most surprising result of my career,” said Roland G. Fryer Jr., the author of the study and a professor of economics at Harvard. The study examined more than 1,000 shootings in 10 major police departments, in Texas, Florida and California.*

The result contradicts the image of police shootings that many Americans hold after the killings (some captured on video) of Michael Brown in Ferguson, Mo.; Tamir Rice in Cleveland; Walter Scott in South Carolina; Alton Sterling in Baton Rouge, La.; and Philando Castile in Minnesota.*

The study did not say whether the most egregious examples — those at the heart of the nation’s debate on police shootings — are free of racial bias. Instead, it examined a larger pool of shootings, including nonfatal ones. 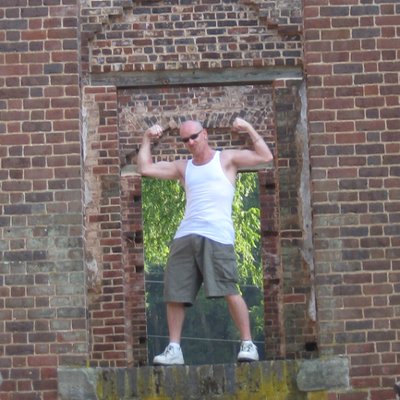 Heather Mac Donald Drops Truth Bomb at HJC Hearing 💣 "It is the rate of violent crime that determines police shootings. The more frequently officers encounter violent suspects from any given racial group, the greater the chance that members of that group will be shot." @HMDatM https://t.co/0uQMNQmhJb

The counterintuitive results provoked debate after the study was posted on Monday, mostly about the volume of police encounters and the scope of the data. Mr. Fryer emphasizes that the work is not the definitive analysis of police shootings, and that more data would be needed to understand the country as a whole. This work focused only on what happens once the police have stopped civilians, not on the risk of being stopped at all. Other research has shown that blacks are more likely to be stopped by the police.

Contradicting conventional wisdom: When it comes to the most lethal form of force, a study finds no racial bias.

Watch the completely fake reaction of the “woke” black fatso next to her.

Nadler jumped in and shut her down when she called out the double-standard of ZERO media reporting when whites are killed by police and the overwhelming coverage by the media when blacks are killed by police. This is the perfect example of feelings prevailing over facts. Nadler was reacting to the crowd.

Watch the completely fake reaction of the “woke” black fatso next to her.

Of course he was completely triggered. Phillip Goff makes a living perpetuating the black victim narrative. If you liked what Heather McDonald had to say, watch what Goff said in return when McDonald was not permitted to speak. Nadler was pleased.

Today @DrPhilGoff departed from his prepared remarks to the House Judiciary Committee to debunk a recent study which claimed to find no evidence of racial bias in police shootings. Thanks for alerting lawmakers to this important corrective. https://t.co/ZRlzc5SHxL
Rurudyne September 20, 2019, 3:07pm #5