Portland bar owner says business robbed three times in a month: We’re 'on our own’

A Portland, Oregon bar-restaurant owner whose business was robbed three times in November is sounding the alarm on rising crime after the city’s police department tweeted they would only be responding to 911 calls about serious crimes.

Rice noted that Portland now retains the smallest police force for a city of their size across the U.S. despite politicians “working the last 18 months” to defund the police, instead of trying to make the city safer. Dem Cities are UNSAFE and rather have looters, arsonist ,and murders run free . When you can’t get the police to respond to someone robbing you GET THE HELL OUT FAST !! Let these rathole Cities die like they did in the 80’s . Liberals want chaos and unemployment . Move the fuck out .
Don’t end up like Greg McMichael, 65, and Travis McMichael, 35, and their neighbor William “Roddie” Bryan .

Probably a good place to start a business if your in the private security industry.

Dems don’t want any type of law enforcement and juries love to give other people’s money away .
If you think George Floyd’s settlement was huge wait until you see these .

My Block, My Hood, My City is a nonprofit organization in Chicago. It’s designed to teach kids how to become responsible citizens. Now, we can’t tell if the program actually works, but we do really seem to be aiming in the right direction.

Last Saturday afternoon, four members of this group went to Chicago’s Bronzeville neighborhood to hang Christmas lights, a pretty nice thing to do. Bronzeville was once the center of Chicago’s thriving Black-owned business district, but at this point it’s just another dangerous neighborhood in a decaying city.

How dangerous is it? Well, as the kids hung their Christmas lights, four thugs got out of an SUV and robbed them. Then a few hours later, someone set fire to a Christmas tree they had set up in a nearby park. Who sets fire to Christmas trees? Well, suddenly a lot of people do. Last December, the same group of volunteers in Chicago had another one of their Christmas trees burned to the ground. The year before that, someone ran over the Christmas tree in Chicago’s Washington Park with a car. So there seems to be quite a bit of Christmas tree destroying going on all of a sudden.

Tucker Carlson: Societies that prefer violent criminals over citizens will not last

Here’s what happened according to police:

At 3:40 a.m. Wednesday, officers Corey Davis and Officer Malcom Jackson made a traffic stop near West McNichols and Freeland after a man flagged them down, saying that the driver of a black Dodge Caravan crashed, and then took off. Wonder why insurance rates are way up in these areas ??? 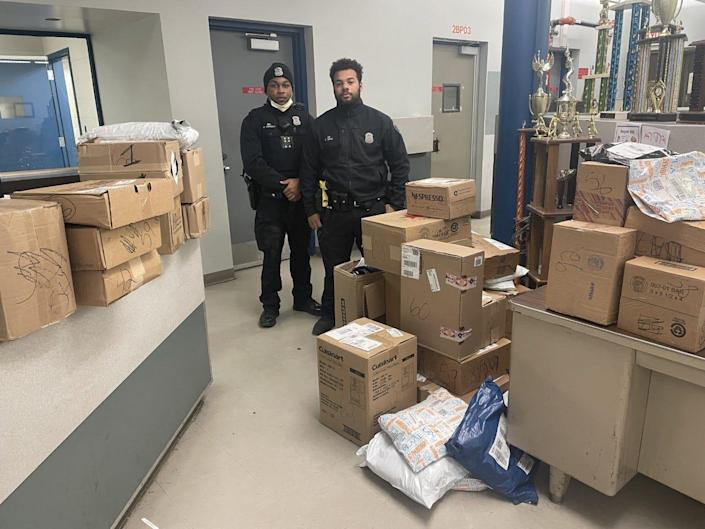 A few bullets in the right place could bring insurance rates down.

Have you seen what happens to whites that shoot looting blacks ?