Does anybody here believe that a fair trial in states like California and New York are possible? Its an honest question after reading this story where planned parent hood was awarded 1 mil in damages from a pro life group that exposed their crimes of the abortion corp’s harvesting & trafficking of baby body parts. 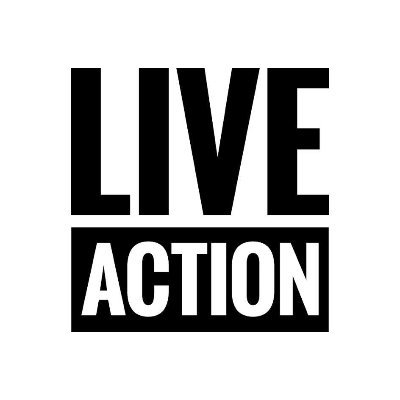 BREAKING: A CA jury has ruled AGAINST David Daleiden & Center for Medical Progress’ heroic journalists. They have been ordered to pay $870k to Planned Parenthood after bravely exposing the abortion corp’s harvesting & trafficking of baby body parts. https://t.co/vLMutYcTwJ

A San Francisco jury found that a citizen journalist and pro-life activist caused substantial harm to Planned Parenthood by secretly taping conversations with abortion doctors and staff in a bid to prove they were harvesting and selling fetal body parts.

David Daleiden, head of the Center for Medical Progress, and his co-defendant, Sandra Merritt, posed as human tissue procurers for a fake company called BioMax and secretly recorded their conversations with staff at Planned Parenthood, according to Courthouse News.

The jury found Daleiden had trespassed on private properties in recording the 2015 videos.

Daleiden’s lawyers argued that he and Merritt were investigating “violent felonies,” where they believed infants were being born alive at Planned Parenthood clinics and that the organization was profiting off the sale of fetal tissue for medical research. They argued Daleiden’s work as a citizen journalist should be protected.

During the six-week trial, U.S. District Judge William Orrick III ruled the jury could not consider any information Daleiden had discovered as a result of his video project. At least three congressional committees and law enforcement officials in 13 states launched investigations into Planned Parenthood after Daleiden’s group released the footage in 2015. None of the probes confirmed any wrongdoing by Planned Parenthood.

In 2018, Planned Parenthood announced that its clinics would not accept any sort of payment for its fetal tissue program.

Planned Parenthood lawyers told the court Daleiden’s mission was “not to find crimes, and it was not about journalism. It was about using any means, including illegal means, to destroy Planned Parenthood.”

I can’t stand what PP does on the abortion side of their business and hopefully this can be won on appeal.

However, as far as this trial the verdict looks to be more about the the legality of how the information was gathered rather than a stance on abortion:

The jury of nine men and one woman deliberated for a little less than three days. They found Daleiden and his group, which also includes abortion opponents Albin Rhomberg and Troy Newman, conspired to commit fraud, breach of contract and trespass and to violate federal and state recording laws in Maryland, California and Florida.

They found the defendants had also conspired to violate the federal Racketeer Influenced and Corrupt Organizations Act, which triples the compensatory damages.

Daleiden and Merritt also face criminal charges of eavesdropping and invasion of privacy, and are scheduled to appear in state criminal court on Dec. 6 when San Francisco Superior Court Judge Christopher Hite will determine if the case should go to trial.

It is interesting though that through this information investigations against planned parenthood were launched: 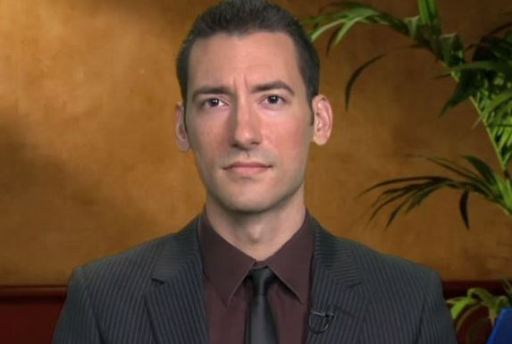 San Francisco should hav told you that PP would prevail.

Wonderful how you can shop for a judge and location to ensure maximum success.

This needs to go directly to the Supreme Court. This was investigative journalism as far as I am concerned. If Planned Parenthood didn’t want to be exposed doing some evil and satanic stuff then maybe they shouldn’t have done it in the first place.

Abortion, sodomite marriage, feminism, tranny mental disease, etc are all deflection issues designed to keep whites divided and fighting amongst ourselves on side issues.

WTF is this? This guy is a real journalist. Not sure if he worked for them to be considered a whistleblower. Meanwhile, the treasonous fake whistleblower who leaked info to the press and should be prosecuted is able to take down a president.

Makes me wonder if the judge was paid off?

It’s a pity his mother didn’t make use of PP before he was foisted onto this earth.

As for the jurors after their deliberations and verdict, it should be by all things right, a hung jury.

So it’s legal to sell dead baby parts? Is that what I am getting here?

Daleiden produced one of the greatest pieces of journalism done in my lifetime.

Even though California is a two-party consent state regarding recording, there are legal exceptions when one is doing so in the recording of criminal and criminal conspiracy activity, especially within an organization that receives public funds and is breaking the law or misusing those funds.

It is my hope they appeal.

Monsters who celebrate the murder of the most innocent of innocent. God Help Us. What I said: If there was ever a reason for an Intelligent Higher Power to abandon humanity, this is it. They have reduced themselves to a point below the level of beasts.

San Francisco should hav told you that PP would prevail.

Wonderful how you can shop for a judge and location to ensure maximum success.

One by one, Trump is filling federal judgeships with constitutionalists, reducing the shopping pool for liberal activists.

One by one, Trump is filling federal judgeships with constitutionalists, reducing the shopping pool for liberal activists.

It is a wonderful thing to see. While the dems are focused on the shiny object over there (which I don’t think at all is an accident) Trump is fixing the leaks and filling in the cracks in the foundation.

I think they will appeal! I can’t believe their defense team honestly thought they had a snowballs chance in hell on winning in this venue!

However, as far as this trial the verdict looks to be more about the the legality of how the information was gathered rather than a stance on abortion:

That is exactly how this case was framed by the prosecution team. California law favours the prosecution in this case which should come as no surprise by this judgement, as the state has specific laws regarding how evidence and surveillance is conducted! Case involving a murderer where a rifle was confirmed to be the weapon with fingerprints back in the early 70,s, allowed the murderer to go free because police mishandled how they searched the murderers residence and obtained the weapon! California legal system is almost the same as China’s; a verdict is already decided before a jury deliberates on the trials findings! It’s messed up!

the state has specific laws regarding how evidence and surveillance is conducted!

Case and point. You can be on the morally correct side but don’t expect for morality to win over the laws of the particular state on how evidence is gathered.

The system isn’t perfect. And yes, I will take it any day over any other.

Had it been me? I would have made sure I knew the laws going in to that particular state and made sure I had my “t” crossed and my “I” dotted so that the end result would stand up in court.

What I don’t understand and is rather confounding to me is how they (PP) continue to qualify for Federal funding? They are a private organisation are they not? I mean if they are harvesting baby parts then why are tax payers funding this abomination?

We still shouldn’t be funding it! There are other ways to provide for Low income!