Planet of the Humans-Michael Moore I am not a big Mike Moore fan, but his latest movie “Planet of the Humans” hits a home run and I surely can recommend it. In short, the film is an indictment of the environmental movement and its connections to Wall Street and its hidden agenda of profit motivation. Furthermore, he exposes the inefficiency and exaggerations made by environmentally friendly corporations. This is not a leftist documentary. The last five minutes brought tears to my eyes. It was shocking!

A very good friend of mine recently watched this and said exactly the same thing. He’s not exactly the liberal Michael Moore type but said this was one of the best documentaries he’s seen in years. Glad to see others are saying the same. I will check this out.

Correction! Michael Moore did not direct this film, he is an executive producer. The Films creator is Jeff Gibbs, who wrote, produced and directed it.

Quite an eye opener for sure and only confirms what most of us skeptics have been saying all along, that the entire green movement is a well orchestrated Ponzi scheme enriching the 1%. These same people need to be challenged on the facts which has yet to happen. We are doomed as a species if we continue to allow progressives to assert their claims especially when it comes to environmental issue to not be challenged with hard facts backed by science. An apathetic public has allowed this farce to continue.

UN chief: don’t use taxpayer money to save polluting industries

Governments should not use taxpayer cash to rescue fossil fuel companies and carbon-intensive industries, but should devote economic rescue packages for the coronavirus crisis to businesses that cut greenhouse gas emissions and create green jobs, the UN secretary general has urged.

“Where taxpayers’ money is used to rescue businesses, it must be creating green jobs and sustainable and inclusive growth,” said António Guterres, speaking at the Petersberg Climate Dialogue, a virtual meeting of more than 30 governments on the climate crisis, which concluded on Tuesday. “It must not be bailing out outdated, polluting, carbon-intensive industries.”

His call was echoed by Angela Merkel, the German chancellor, who led the meeting, which was also attended by the UK and China. “The coronavirus shows us that international cooperation is crucial and that the wellbeing of one nation always depends on the wellbeing of others,” she said. “There will be a difficult debate about the allocation of funds. But it is important that recovery programmes always keep an eye on the climate. We must not sideline climate, but invest in climate technologies.”

She confirmed German support within the EU for a target of cutting emissions by 50-55% by 2030 compared with 1990 levels. The target is currently the subject of debate within the bloc.

Many countries are planning big investments in fossil fuel industries as part of their economic rescue packages. For instance, in the US the bailout of the airline industry is set to go ahead without conditions attached on their emissions, while the White House has moved to weaken a raft of environmental regulations. In China, subsidies for fossil fuel vehicles and the easing of permits for coalmining are also likely to raise emissions.

While greenhouse gas emissions are set to fall this year, perhaps by as much as a tenth, any beneficial impact on the climate is likely to be short-lived and could quickly be outweighed by increased emissions if the economic recovery resumes on a high-carbon path. Low oil prices mean producers are running out of economic ways to store their excess.

Campaigners and experts have been calling for economic rescue packages to be directed towards environmentally sustainable ends and for sectoral stimulus cash to come with green strings attached.

Dominic Raab, the UK’s foreign secretary, said: “It will be the duty of every responsible government to see that our economies are revived and rebuilt in a way that will stand the test of time. That means investing in industries and infrastructure that can turn the tide on climate change and doing all we can to boost resilience by shaping economies that can withstand everything nature throws at us.”

However, he failed to set out any measures on how the UK government would ensure that its rescue packages – for instance, those called for by the airline and car manufacturing industries – were balanced with conditions that would ensure benefiting companies had to take action to reduce carbon use in the future.

Richard Black, the director of the Energy and Climate Intelligence Unit, said it was time for such measures. “Backing for a clean recovery is now widespread, led by governments and major businesses,” he said. “For actions to match rhetoric, concrete policies are going to be needed very soon – for example, the UK government delivering new policies that get the nation on track to its legally binding net-zero target, and making sure the world doesn’t bounce back into high-polluting ways as soon as the lockdown eases.”

Guterres called for tougher action on cutting emissions, as well as more investment. “Public funds should invest in the future by flowing to sustainable sectors and projects that help the environment and climate. Fossil fuel subsidies must end, and carbon must have a price so polluters will pay for their pollution,” he said.

Rich countries must all commit to zero-carbon emissions by 2050, added Guterres, with a particular nod to the US and China. “The Paris agreement was largely made possible by the engagement of the US and China. Without the contribution of the big emitters, all our efforts will be doomed.”

Helen Clarkson, the chief executive of The Climate Group, a set of businesses accelerating action on the climate, said companies were still committed to climate action. “With the right green stimulus policies that ramp up investment in long-term sustainable solutions from electric transport to clean efficient energy, we can deliver on the goals of the Paris agreement without compromising on economic growth,” she said.

The UK will host global climate talks next year, after the UN’s Cop26 summit had to be postponed from its original date of this November. No date has yet to be set for the rearranged meeting, but work is continuing on diplomatic engagement aimed at encouraging countries to come forward with more ambitious climate plans, according to the UK government.

Correct me if I’m wrong, but isn’t Michael Moore a crypto-■■■ who supported Hillary?
His credibility is zero.
Chances are he didn’t participate in the creation of the movie, except marginally.

Michael Moore declared that white people “are not good people” and that you should “be afraid” of them in an interview on “The Rolling Stone” podcast “Useful Idiot.” Moore warned people that if they see a group of 3 white men approaching them that they should cross the street because at least 2 of them voted for Trump.

I googled “Michael Moore crypto-■■■■ and found this.

" It appears the Zionist global conspiracy, responsible for most of what’s wrong in this world, is more widespread than previously thought. ■■■■ have such a stranglehold on world domination that they’ve recruited Osama bin Laden to do their bidding. In fact, the most-wanted terrorist in the world, who we’ve been so unable to locate, was a pretty easy get: According to the Pakistan Daily , bin Laden is the most crypto-crypto-■■■ of all time and al Qaeda is a ■■■■■■ front." 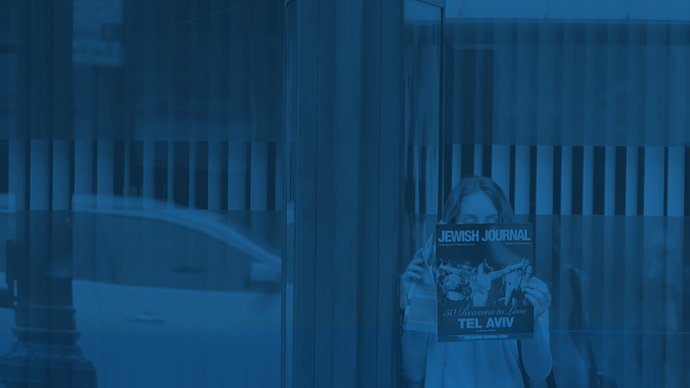 Bin Laden the Jew and 'Protocols' of al Qaeda

It appears the Zionist global conspiracy, responsible for most of what’s wrong in this world, is more widespread than previously thought. Jews have

Michael Moore is another “divide and conquer” agent then.

Why are you here talking about global conspiracy, ■■■■■ and Michael Moore?

Did you watch the entire movie? That is what this thread discussion is about, so why are bringing up this crap again? Off your meds?

is another divide and conquer scheme.
I thought you were smarter than that.

Did you watch the movie? Apparently you didn’t otherwise you would know that your post is irrelevant and had nothing to do with thread topic.

For a while you started sounding like a normal person, I even liked some of your posts but I Guess your bad habits creep up again.

No I didn’t watch the whole thing.
Not that I’m busy, but I already get the message by skipping every ten minute’s worth.

Don’t you agree that the whole theme is
Nature vs industry?

Well it would be helpful if you actually watched the movie in its entirety. Do you read a book by skipping every 10 pages?

No I don’t agree that this film is about Nature vs. Industry.

If it isn’t about
Nature vs industry

what is it about?
Sounds to me like “global warming” nicely camouflaged.
I bet liberal Europeans youths are gonna fall for that.

Watch the movie in it’s entirety. Making comments based on guesses is not a valid argument.

They will not censor us.

This is why we need to start uploading anything we think YouTube is going to censor here. Patriot has done a good job of keeping things up and available.

Yes! Confirmed. This needs a separate thread because there is also developments going on with the social media companies such as Google, Yourtube, and Twatter.