I’m not saying you should or you shouldn’t want it done.
Just a topic for meaningful discussion.

After Trump’s been back at home for 6 months, are you still going to be talking about him declaring “the insurrection act”…

After Trump’s been back at home for 6 months

He still can do that in July from the White House if the leftwing violence doesn’t subside.

It will happen especially after DNI Ratcliffe report, trump took a oath to protect from domestic terrorist…
I think IS could be called to protect vote in Georgia, abrams is already admitting 1 million NEW voters that’s agains the law for a run off.

Use the military for a forensic audit. Nothing to hide right? THE PETITION TO INITIATE THE INSURRECTION ACT HAS BEEN BLOCKED FROM RECEIVING SIGNATURES.

No need we have enough Congress and senators to over turn the election results, giving trump enough votes to win the election 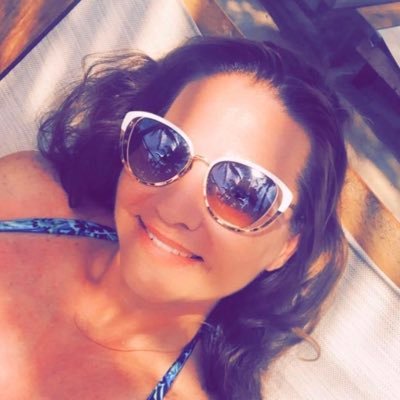 @realDonaldTrump @SenateGOP @tedcruz @RandPaul I hope this is true and you fight for our republic !! oann.com/sen-elect-tomm… nice job #bama winner
toastedcheese December 18, 2020, 2:52pm #10

So lets say that he forces a vote, the Democrats still control the house and they will vote against it which means even if thr senate votes for it , the opposition to the electoral college votes will fail.

There is no way that the electoral college votes are going to be overturned becsuse there is zero chance that in a Democrat controlled House it can win.

Use the military for a forensic audit. Nothing to hide right?

What experience does the military have in auditing elections? How would this actually work.

One last question, in the states that Trump is stating fraud took place are we also going to examine the election results that were favorable to the Republicans?

Wrong republicans submitted 7 states of republican electors. All they need to do is have 3 objections, then they just accept there own electors and Trump wins on January 6th. It will move fast so pay attention

Now the key is trump sent those electors on the 14th, it was a sneaky move… trump was probably going to win on the 6th any way. But now it makes it easy for republicans to just accept their electors.

Republicans have 30 states lol
And mike pence is in charge on the 6th. Hahahah

Umm if welfare queens can be in charge of polling locations, I’m sure military can count ballots lol

And if democrats have sworn affidavits of cheating in republican districts sure why not… but republicans don’t cheat on this level. This is epic stealing. Way to much evidence. A truck of 300 thousand votes stolen!?

No they don’t lol 1 vote per state, republicans control 30 states. And trump splipped in his own set of electors on the 14th… so instead of a straight vote for trump all they have to do is accept their own electors in 7 states. That gives trump like 400 electors lol

I am willing to bet anything that the electoral college votes will stand and Biden will inaugurated in January.

Whats the plan when the electoral college votes are ratified? Will there be some obscure arcane law or tradition that you will cling onto?

It’s hard to be on your page, when you keep moving the goalposts. First, it was wait until the ballots are all counted, then, wait for the recount! Then wait for the second recount! Then, wait until the states certify the results. Then, just wait for SCOTUS. Then, the Electoral College. Now it’s wait for Congress. After that, Inauguration Day. After that, I have no idea, and I don’t want to know, because you lost me and most of America at the second recount. A country that can’t bear lockdowns won’t stand for martial law either. Joe Biden is going to be #46 on Jan 20th. Everything you say to the contrary is just theater.

No they don’t lol 1 vote per state, republicans control 30 states. And trump splipped in his own set of electors on the 14th… so instead of a straight vote for trump all they have to do is accept their own electors in 7 states. That gives trump like 400 electors lol

You truly are living in a fantasy world.

1st we have a trailer of 300,000 missing ballots that the fbi attacked the victim. We are in a constitutional crisis. We have thousands of sworn affidavits of witnesses to hundreds of thousands of fraud.

Whats the plan when the electoral college votes are ratified? Will there be some obscure arcane law or tradition that you will cling onto?

There is two sets of electors, and republicans represent these states… are you saying they won’t vote for their electors in there own state? Lol

You cant find the fraud in a recount, we told you before the election show up and vote with a ID… you didn’t listen, you stuffed ballot boxes with fake ballots, suit cases rolled out after telling poll watchers to go home. You kicked poll watchers out in philly… next time do what your told.

the electoral college votes will stand and Biden will inaugurated in January.

We don’t know what the electoral votes are going to be until 1-6-2021. There are GOP members from the States where Biden supposedly won and they know there was fraud. 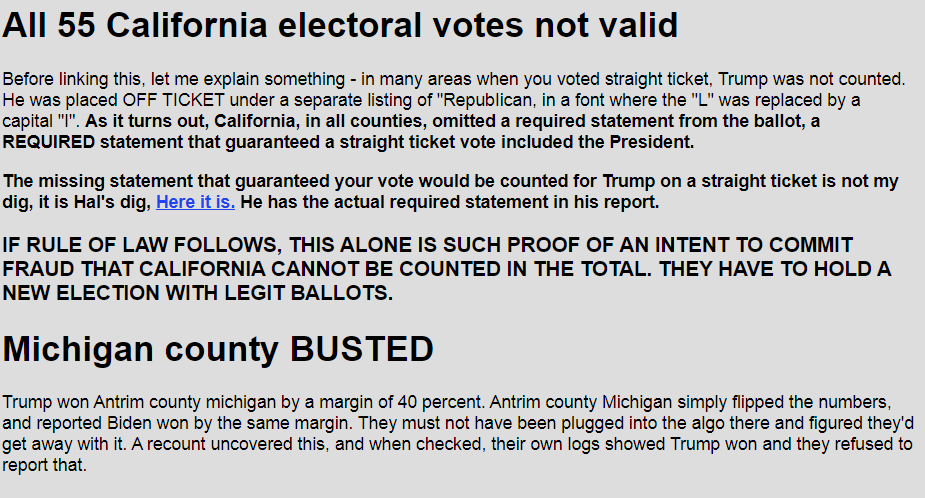 Um, we learned what the electoral votes totals were in late November and our electoral college affirmed them on December 14th. Apparently even in our modern high tech world, news travels very slowly to Japan…