I am having a difficult time with the premise of this article, so perhaps others here can share their insights on what is at play here.

The part I am having difficulty in wrapping my head around is Buttedge’s assumption of being on higher moral ground. He is gay and married to a man, yet he claims to be a devout christian. How is that possible?

Secondly as I was reading this article, I got the sense as they mention the word “evangelical” that Buttplug and the article itself is trying to normalize homosexuality within the Church, as if this is some sort of propaganda strategy to recondition people to accept this within the tenets of Christianity in a modern day society. So what am I missing here? Please share your views! 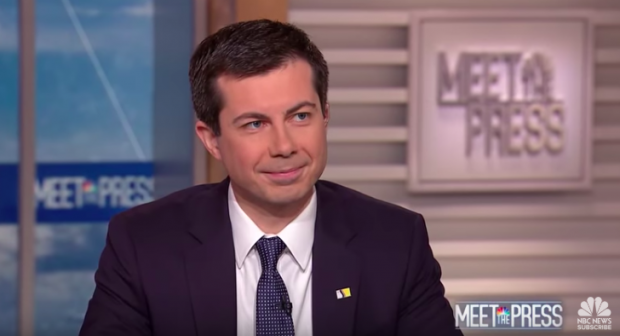 Is there any meaningful political difference between religious and secular progressives?

"As much as Buttigieg makes a valid critique on the President’s behavior and evangelicals excusing that behavior, Buttigieg wants to reject the inconvenient parts of faith he does not like. He is a gay man who got married; he does not think homosexuality is a sin despite express statements in scripture, and he thinks abortion is a moral issue and we cannot legislate our morality. Buttigieg wants to use the social obligations as Christians against the President, but wants to avoid any implication on the personal obligations of Christians in terms of clear Biblical sexual ethics and how we are to live our lives applying our faith even for “the least of these.”

He wants to have it both ways and in reality is showing he is no better a Christian than Donald Trump. What is particularly damning here is that Buttigieg claims to be governed by some moral code and he claims he will lead as a more moral President than Trump. At the same time, he claims we cannot do exactly what he is proposing.

“Everyone has a moral code and we all conduct our actions by our moral code. Buttigieg just wants a pass on his moral code, which is all about not taking inconvenient stands on parts of scripture that might make his life a bit uncomfortable. He will wield it against the President and abdicate when it comes to himself”