Perverts are running (and ruining) the City of New York

Check out the list of crimes for which there will be essentially no punishment. Cuomo is giving the children to the pedophiles and child molesters.

It is no wonder that sensible people are leaving the shithole City of New York. 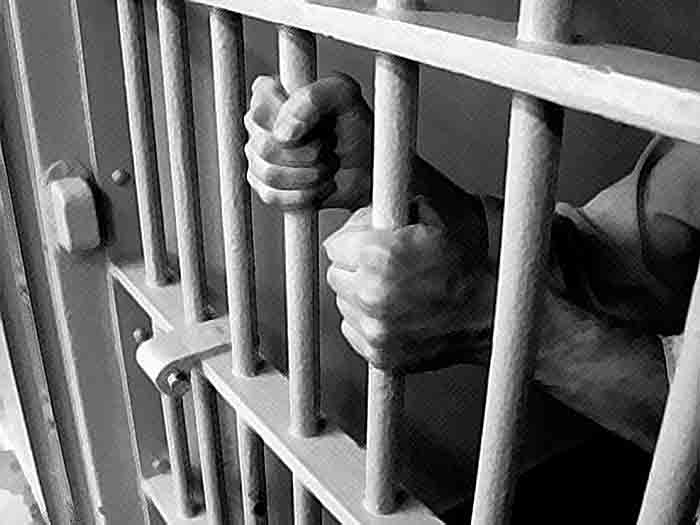 Hundreds of Criminals Are Released in Suffolk County

Over 300 inmates were released in Suffolk County without bail in response to Cuomo’s new law. Judges no longer have discretion. “Judges used to have some discretion on whether or not an individual should be held on bail,” Sheriff Errol Toulon, Jr....

There is more to this law than just people being let out without bail.

In addition, there will also end up being another smaller group of people who will now not be let out of prison while awaiting their trial, even though they would have been temporarily released under the previous bail system.

Knowing how things work in this state, this is very likely going to include defendants accused of breaking gun laws, in some cases.

The issue is that, with money no longer being an issue in determining bail release, the judges are going to turn their sights to other factors instead, including what they perceive as “danger”. This means a non-violent offender accused of some weapons violation could easily end up being denied bail for the flimsiest reason.

For those who don’t believe this, you really don’t understand how these people think in these areas.

I don’t want to get this discussion too far off-topic, but here’s just one case example to sort of get the feeling for what I mean.
A young man who formerly served in the national guard was denied bail because police found some empty cartridges in his apartment (but no guns or bullets) and because he had used a false ID to try to gain access to explore a restricted area inside a public bridge. The empty cartridges, which were associated with “assault weapons” marked him as a “danger”. Of course you can guess this happened in New Jersey.

A court in New Jersey denied bail to a man who had been arrested for entering a restricted area on a bridge, because empty magazines were found...

And I don’t believe this is really some incredibly rare thing. I know this is just anecdotal, but something similar happened to me.
So yes, they can deny bail for one of these possession laws, even if you are not accused of a violent crime.

I don’t want to get this discussion too far off-topic, but here’s just one case example to sort of get the feeling for what I mean.

You’re not off topic at all. Any information related to dangerous criminals being treated with kid gloves or minor infractions being treated unfairly (in any state) is welcome.

For instance, Vermont is considering a law to ban cell phones for minors. Subject to a fine of $1000.00 and/or a year in jail. While a perverted child molester will be not be subject to bail in New York. Just how stupid can governments be?

What I said: Sooner or later, on occasion, we all enter the realm of stupidity; but there are those who actually work at it.

Yet another reason why the second amendment is so important. Because when you have corrupt and criminal politicians actively placing you and your families in danger you need to be able to defend yourself. They refuse to keep bad guys where they belong…in jail until trial.

Everyone who voted for Governor Cuomo and the state assembly should be so proud. You have all turned New York State into a hellhole. It is so sad and fucking ridiculous that the hardworking non-city New Yorkers like myself to have to deal with this utter heinous legislation and all of the negative consequences. The state was already dying and this is just another nail in the coffin.

This is pure mental retardation. The whole point of bail was supposed to be for violent crimes and those who might be a flight risk. Manslaughter, arson, and sex crimes against kids should not only be enough to hold someone on bail - but it should be a fast-track to lethal injection.

I bet the majority of those getting released are illegals too.

Is it true that under the that under the NY Bail Reform law that these criminals get two tickets to see the Mets play at Citi Field as an incentive for them to return for their hearing? I remember reading that somewhere when the legislation was first proposed.

You are innocent until proven guilty. Cash bail means the poor are guilty before evidence is presented. Bail is to ensure appearance or to prevent an imminent threat to public safety. This mindset means the affluent walk, the poor wait in jail.

I have a lot of issues with cash bail. In this case I don’t think the government is acting in the best interest of the accused. This is a resource shift. The state makes a lot of money through bail. If the state is losing this revenue, how is it going to recoup this loss? Answer: by raising taxes. Usually property taxes. These NY leftists are against the middle class class having their own home and private property.

Whatever douchebag put this through…I hope everything on the list happens to them and their family and we will all see how quickly they change their minds.

People all over are pissed about this. I am on a couple small and private NYS small business groups on Facebook and people who are liberal Trump haters are actually pissed off about this. They are starting to understand the difference between liberal and progressive. Good thing is these are going up all over New York State. 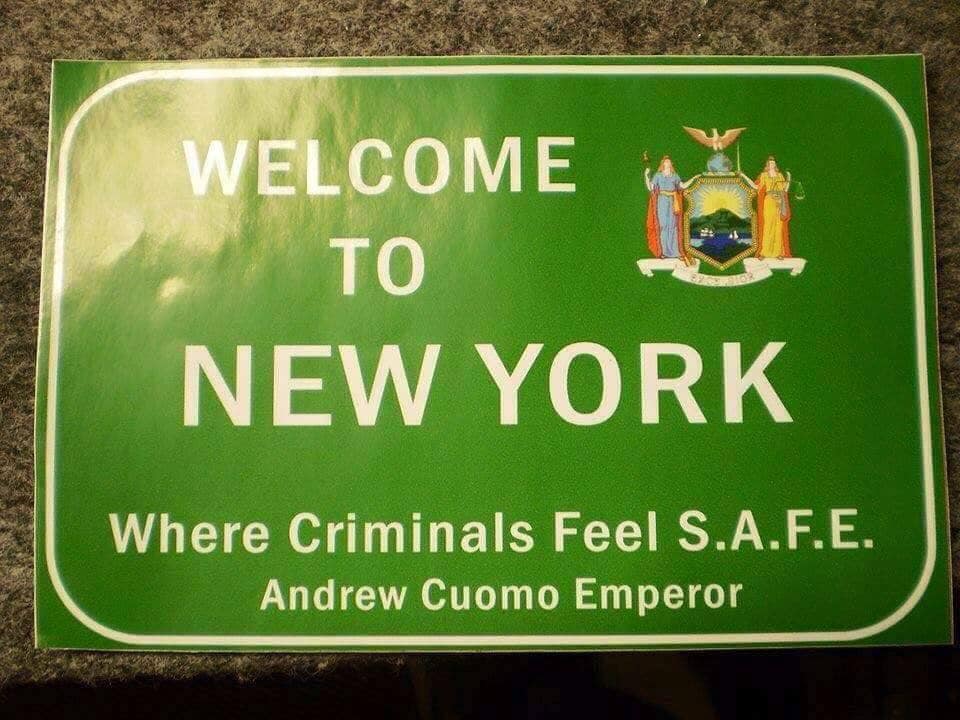 Can we all just acknowledge that America is beyond repair?

It’s too bad NY state can’t break away from the city and the rest of the liberal shitholes bringing it down.

This new “reform” will end up being a double edged sword, not only releasing dangerous people without any bail whatsoever, but also denying the right to bail to people, for things that would often not even be a crime in another state. In their minds anything associated with a weapon is dangerous, while rapists and molesters are viewed as not so dangerous, by comparison.

I’m really concerned a lot of you people reading this are not going to believe me because this sounds so insane - maybe you can’t even comprehend it. But in many of these heavily progressive blue areas, that is the mentality that often goes on.

But they’d rather hold people in jail before their trials because “it wouldn’t be fair” to other people who don’t have money to put up bail. And keep in mind a typical trial these days can take 14 to 16 months before it is ready to be held and all the legal preparations have been made. I think you all are extremely ignorant if you think someone is arrested and then they have a trial only 1 or 2 months later.
If they want an Appeal, that typically takes another 9 months after the trial.

I’m really concerned a lot of you people reading this are not going to believe me because this sounds so insane - maybe you can’t even comprehend it. But in many of these heavily progressive blue areas, that is the mentality that often goes on.

The progressives are insane, so it isn’t a huge jump to imagine the scenario you describe.

Once they take the option of bail money off the table, judges are going to reexamine cases and decide some people should not be released, when they would have been temporarily released before, pending a trial.

And the criteria judges will use to decide “potential danger” level and “flight risk” will be very controversial in some cases.

Again, this is an example of “fairness” bringing down everyone to the same level. Those with money will have to suffer because those without do not have that privilege.
That should sound familiar. It’s akin to a form of economic redistribution but in the form of privilege in the legal system.