Permafrost Preserved a Tiny Siberian Puppy in Near Perfect Condition for 18,000 Years 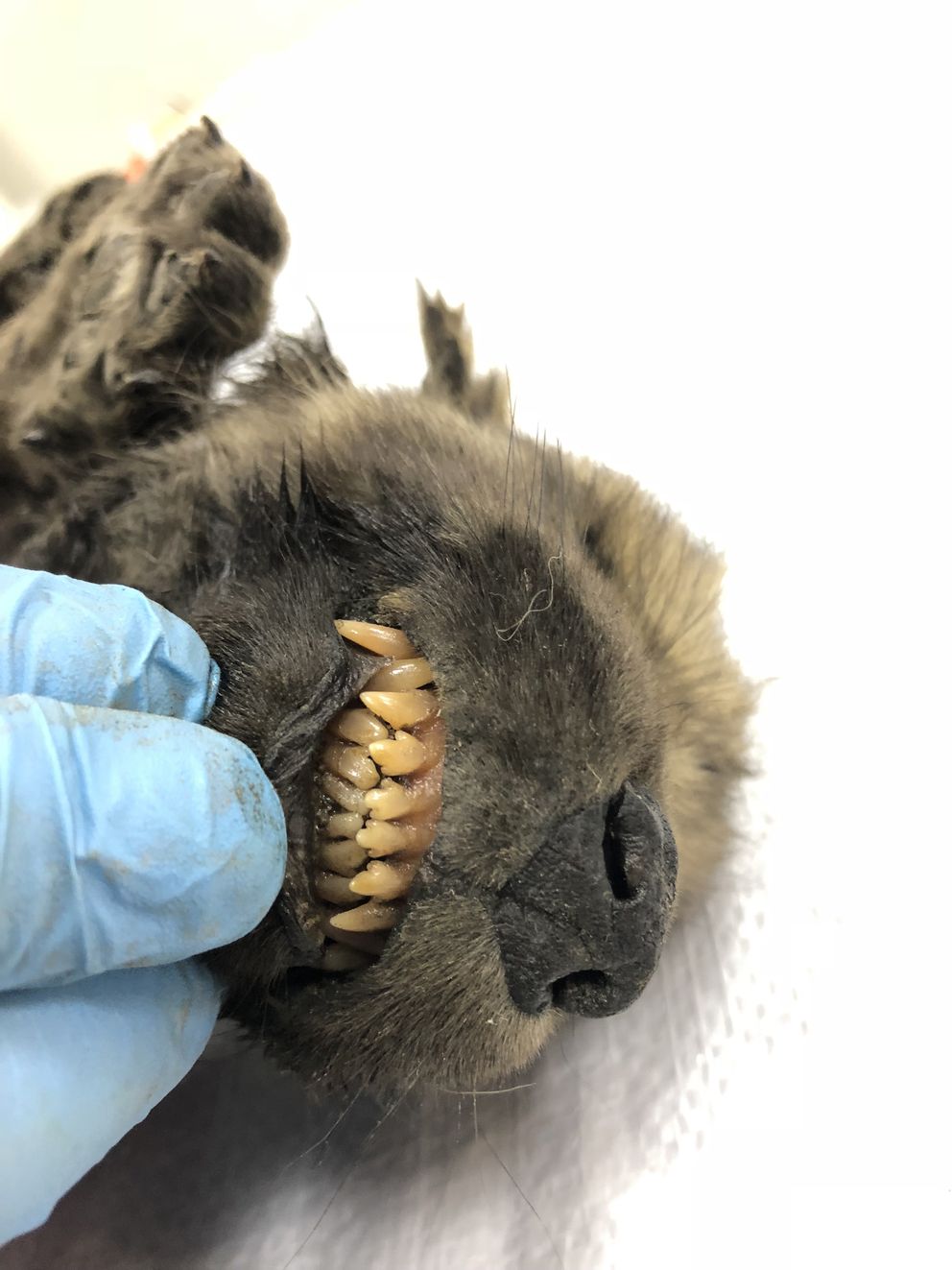 Researchers have big outstanding questions about the puppy they have named Dogor - “friend” in a language of the Siberian area where the creature spent 18,000 years in permafrost.

They’re still trying to figure out if the tiny animal is a dog or wolf. They wonder whether he could be part of the evolutionary bridge that turned a fierce wild animal into man’s best friend.

They don’t have to speculate about what Dogor looked like, however, because icy conditions have left him remarkably frozen in time. Scientists can touch his fur, lift his padded paws and pull back his lips to bare small, yellowed teeth.

“Fantastic, right?” says Dave Stanton, a research fellow at the Centre for Palaeogenetics in Stockholm who has been scrutinizing the long-lost canine. “We have quite a lot of ancient samples. . . . But this has got be one of the best-preserved.”

The puppy was discovered last year by locals in Yakutia, said Sergey Fedorov, who heads the exposition hall at the Mammoth Museum of Russia’s North-Eastern Federal University. Dogor left the wilderness as a lump of soil and ice, but scientists could make out the head and paws of what they believed at first to be a young wolf.

Federov told The Washington Post that he carefully cleaned off dirt and debris to reveal near-intact fur - “extremely rare for animals of that time period.”

“It’s an amazing feeling, to see, touch and feel the history of earth,” he said.

The puppy, whose name was announced earlier this week, remains in Russia. But he has caught the attention of researchers in Sweden and England who want to better understand Dogor’s life and place in a still-mysterious evolution.

Testing on a rib bone has revealed the animal’s age: about two months, said Stanton, a postdoctoral scholar who’s been working for over a year on a broader attempt to answer lingering questions about canine history.

The analysis also put Dogor’s short life at a particularly interesting period of time, right around when many wolf lineages were going extinct and dogs are thought to have emerged. Exactly how and when they evolved from wolves is unclear; one recent study estimates between 20,000 to 40,000 years ago.

The fact that testing can’t tell whether Dogor is wolf or dog gives further evidence for a link to both species, scientists say.

“As you go back in time, as you get closer to the point that dogs and wolves converge,” Stanton said, “[it becomes] harder to tell between the two.”

Stanton said he and his colleagues need to do more analysis on Dogor’s genome to increase their confidence that they have sequenced it correctly. Their work is just starting.

Luckily for them, just like the puppy’s coat and teeth, the DNA is well preserved. 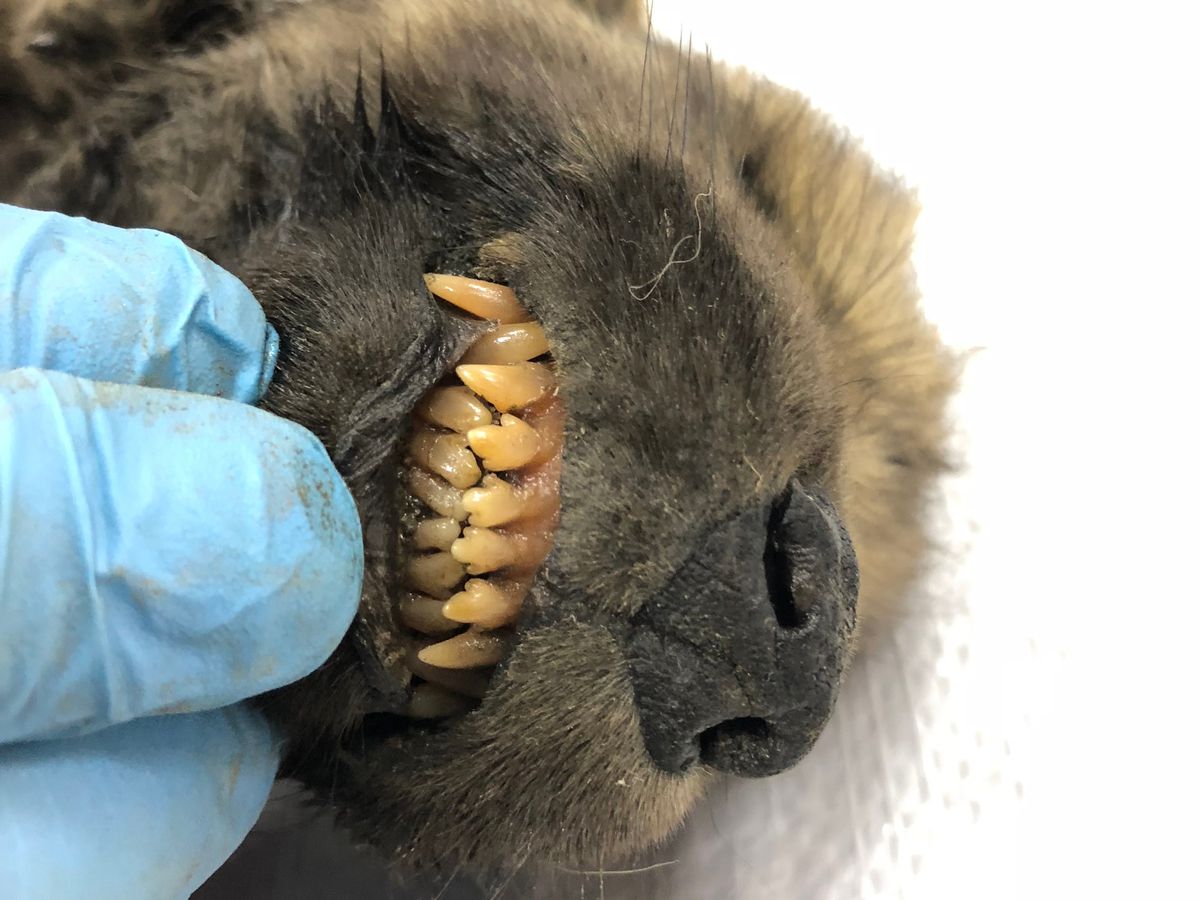 Ice preserved a tiny puppy in near-perfect condition for 18,000 years....

Testing places the puppy’s short life at a particularly interesting period of history, right around when many wolf lineages were going extinct and when dogs are thought to have emerged.

They should clone that dog and sell it as an alpha super breed.

There is a lot of money in dog breeding. I can’t even imagine how expensive it would be to bring back an ancient bloodline like this. Poor pup.

Last I checked about 50k for a dog. With modern tech they could easily inseminate an ovum from a modern dog or perhaps using it’s stem cells insert them into an embryo and produce essentially an identical twin to this pup without the potential problems that come along with cloning.

I suppose the puppy had a dog tag on it’s neck that had the owner’s name and " 16,000 B.C. " stamped into the tag. No other way the time frame could be accurate. Silly rabbit…

Why do you believe that the time frame is not accurate?

The date can only be assumed with no proven historical data to verify the date.
ANY carbon-dating measurement, by the process itself, makes assumptions. Radiocarbon dating is only feasible for objects less than 10,000 years since carbon is known to have a very short half-life.