Pelosi is preparing to challenge the election results when Trump wins...by claiming he cheated! 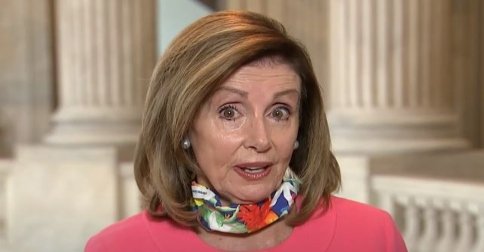 Pelosi inexplicably reminds us she's 2nd in line to be president just after...

House Speaker Nancy Pelosi announced that President Trump will be out of the White House come January even if he has tio be "fumigated" out.

Be reminded that Hillary has yet to accept the results of the 2016 election…that happened nearly FOUR YEARS AGO.

And despite the Demobrats losing the electoral college in a LANDSLIDE…and using illegal votes to claim winning the popular vote.

Watch out for voter fraud in November!

So tell us something we don’t already know. Democrats have refused to accept the results of every presidential election they’ve lost since Bush’s first election.

They are intentionally setting up a situation by which armed insurrection is guaranteed so as to bring the entire system down and have “the people” demand change at the point of a gun.

I have to give him credit, he treats virtually everyone like shit that he interviews regardless of party but his pro dem bias always is apparent.

His father would be ashamed.

Bitchillary has yet to accept the results of November 2016…almost 4 years ago. This bullshit from Mike Wallace only exemplifies the hypocrisy of the Dimwit Democrat Party.

Mike Wallace is an arrogant idiot!

Doesn’t matter at all here. It’s just another way to cheat. The Demobrats have many others.

Well if it doesn’t matter then what are you arguing for?

I’m not arguing. I’m merely pointed out that you posted inconsequential bullshit as if it was breaking news.

That is you making an assumption, as I point out, you didn’t bother asking why I posted that interview and what point I was making, so not sure why all of a sudden you are wanting to attack me and avoid answering a legitimate question: what it is that you are advocating for if mail in voting doesn’t matter?

…what it is that you are advocating for if mail in voting doesn’t matter?

I’m not advocating anything. The fact that mail-in voting is being pushed this election cycle has NOTHING to do with the fact that Trump did not commit to accepting the results in 2016 (with exception of his jokingly saying he would…"…if I win.").

His refusal to commit this year is nothing new.

Ok perhaps the context of this interview and why he said this is something you are not seeing here, so lets clear that up. First off, the reason he said this was in relation to the current mail in voting issue and the Democrats using the COVID-19 or more appropriately the "CCP Virus to advocate as such, so its why he made this statement in this particular current interview with Prissy in the first place! Regardless if he said it in 2016, it is still a relevant as topic of concern in relation to voter fraud. BTW, why would he commit anyway, the election hasn’t happened yet, which IMO is a stupid question; but more to the point one side is going to claim cheating and the other is not going to accept the election results, sounds like political gamesmanship to me. 2016 mail in voting and same day registration was the norm in Colorado. That year the state went completely blue.

The blue wave passed the popular vote act which gives the state electoral votes to the popular vote winner circumventing the purpose of the electoral college. It will be on the ballot this year to over turn. The left that shut down the best economy in the state now faces a 10% unemployment rate and billions in reduction in state spending all blamed on Trump. we now have physician assisted suicide, end of the death penalty, full time kindergarten all the while cutting a billion in K-12 spending. A nifty Red flag law. The left will attempt to end the TABOR amendment which allows citizen vote on tax increases, an end to the Gallager amendment which balances house taxes with business taxes. A return to the progressive income tax. The list is endless.

You bet, all brought to you by mail in ballots, not one effort made to ensure that registered votes are citizens and eligible to vote.

Yeah that video you exposed me to, was a huge eye opener that infuriates me every time I watched it. Back in the late 90’s I spent a lot of time in Ft Collins and Greeley accompanying my Uncle from S.D. to see a specialist, he was sick at the time, and it was then I started to see some shady things go down in that states politics.

exemplifies the hypocrisy of the Dimwit Democrat Party.

Time to go to jail. 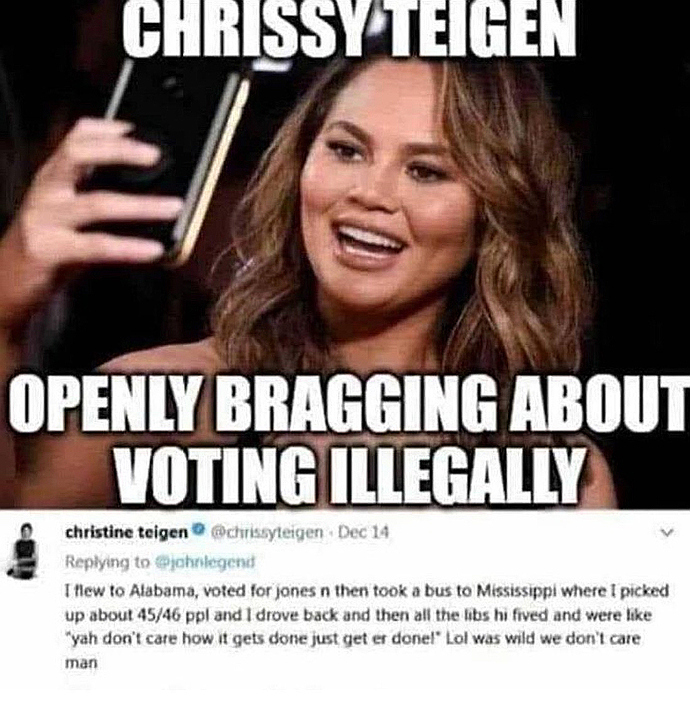 I missed nothing. The context within which he said it was in answering to a question. The fact that yet another method of stealing an election with illegal votes was part of the preceding conversation does not conflate to its being the reason for his not committing.