Our House of Representatives is a JOKE!

I’m watching the clown show called C-SPAN gavel-to-gavel coverage of the US House of Representatives proceedings.

What is clear to me (and likely to many others) is that the Democrat Party is disingenuous and blatantly dishonest in its efforts to railroad our President out of office.

The Democrat Party knows full well that Donald Trump cannot be defeated at the ballot box in Nov 2020 because his performance so far has been extremely productive and totally beneficial to the nation. So their goal now is reverse the outcome of the 2016 election by removing him from office.

By whatever means are necessary, fair or not, the Democrat Party intends to impeach President Trump. They are demanding impeachment and conjuring up a crime to ‘justify’ it.

The Democrat Party is full of bullshit and lies! It is unfortunate for the country that these goons control all of the House committees and promote their partisan agenda despite its being detrimental to the democratic process that these lying scumbags claim to support.

I feel you brother! Can’t let the cultural Marxists break us deplorables! What doesn’t kill us make us stronger!

I knew it the day after the 2018 election that the country was in trouble and nothing would get done and unfortunately I was right. The HOR should be voting on the USMCA trade agreement and the lower subscription drugs bill instead of this stupid vote. They don’t give a damn about the country at the alter of attacking President Trump and bludgeoning voters who put him in office.

This is nothing more than a shitty distraction before Barr and Durham go public. 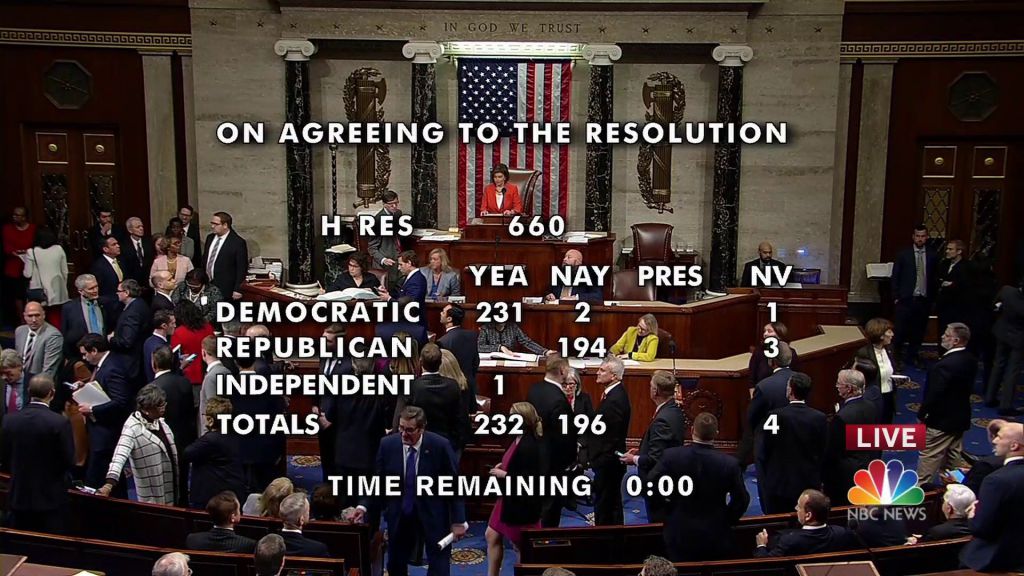 What is clear to me (and likely to many others) is that the Democrat Party is disingenuous and blatantly dishonest in its efforts to railroad our President out of office.

This was fully predicted before the 2018 elections.

Conservatives, libertarians, the GOP, etc., failed to prevent this.

Once again
Guilty until proven innocent