Well here we go again with the same Republicans who walked out last year on a vote for a similar measure did so on this display of shear stupidity on the Governor of Oregon’s part to try to force a vote on a cap and trade on Climate emissions.

In a news conference Monday, Oregon Gov. Kate Brown said she’s not authorized to call for Oregon State Police to find and bring absentee Republican state senators back to the state capitol without Senate President Peter Courtney asking for it. Courtney said Monday he’s not asking for that. 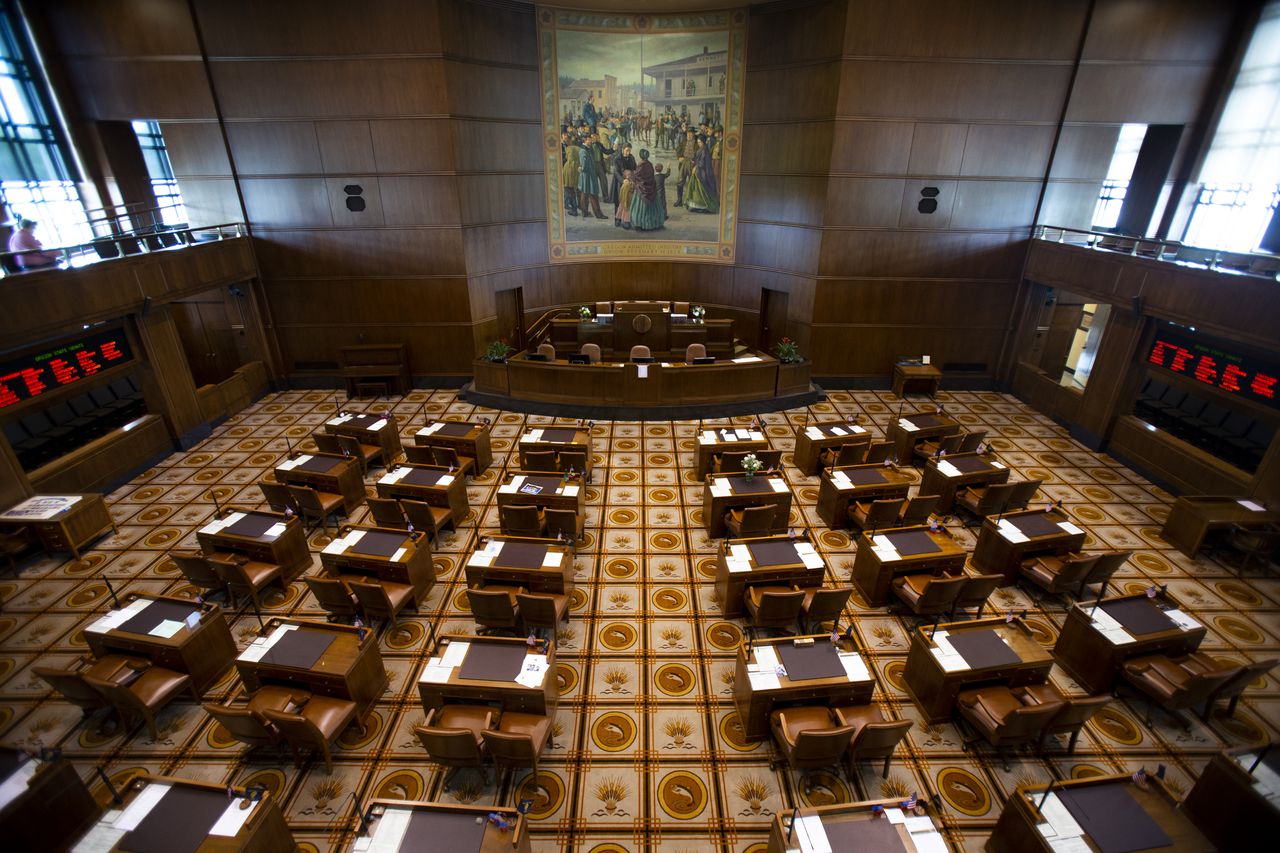 Democrats on a legislative budget committee on Monday morning voted a controversial plan to cap carbon pollution out of committee. As expected, Senate Republicans announced they would boycott the Capitol to halt the bill.

Also developing is the growing dissent in the region such in states like Idaho to which citizens are getting fed up with lthe growing encroachment of liberal politics that has been imported by California transplants. The vast majority of Oregon Republican state senators on Monday walked out of the Capitol and prevented the state’s upper chamber a quorum to vote on a bill designed to cap greenhouse gas emissions.

The walkout mirrored moves Republican legislators made last year as they looked to stop the passage of a similar measure and threatens to upend the remaining weeks of the state’s legislative session.

GOP senators walked out in protest of Senate Bill 1530, a cap-and-trade energy boondoggle.
Republican senators said they want voters to decide on the bill.

Good. Glad to see them stand up against these ridiculous bills.

Yes! Sad really as this is a reflection how polarised the country is right now. More importantly though is how rural voters are rejecting the city and coastal liberals dictating policy to the rest of the state, a trend we are seeing in many states controlled by Democrats. Is it no wonder why liberals want to abolish the electoral college? This should give you a few insights into that matter!

Bill or no bill, the climate will change. Been doing it for billions of years. Now it looks like we have too many polar bears. Eskimos: There May Be “Too Many Polar Bears Now”. “There’s too many polar bears now.” This observation, which runs counter to the global-warming dogma that rising temperatures are decimating bear populations, was made by Eskimos — people who actually live among the bears.

Eskimos: There May Be “ Too Many Polar Bears

The irony of having too many Polar Bears is if they traveled down to Oregon and California and feasted on the liberal climate advocates! Now that I would pay to watch! Only liberals are dumb enough to be eaten by wild ferocious animals. Lol!

Agreed. I think this is becoming a very serious issue for many.

Is it no wonder why liberals want to abolish the electoral college?

Liberals fear the electoral college like a vampire fears sunlight.

I like how the governor has to explain why she can’t use the police force like the gestapo to go and round up elected people who disagree with her and don’t want to vote on her bullshit nonsense. Apparently she doesn’t see anything wrong with this at all.

She’s a liar. She’s claiming that by them walking out that they are screwing up democracy, meanwhile she is trying to cram legislation down their throats that they and their constituents don’t support. also you just have to love how Democrats are all about protesting and acting like complete morons at every opportunity but when Republicans simply choose not to show up for work because they have a right to make that decision the Democrats completely meltdown.

Liberals fear the electoral college like a vampire fears sunlight.

This is an issue where the frogs are jumping out of the pot. If this continues there really are only two possible scenarios to which this ends. Let’s hope that the changing of hearts and minds part is the aggregate of change over time that nets a more positive outcome.