Oregon voter registration is INCREDIBLY susceptible to fraud. Someone hacked it and changed the Mayor of Portland’s vote to Trump, and registering to vote requires no proof - absolutely NOTHING. All the votes in the state should be thrown out to be honest, it’s an absolute shit show.

They haven’t made any corrections to the system. The media is just burying any news on this simple exploit so that people don’t talk about it and demand a fix.

anyone can go into this system right now and start changing votes. 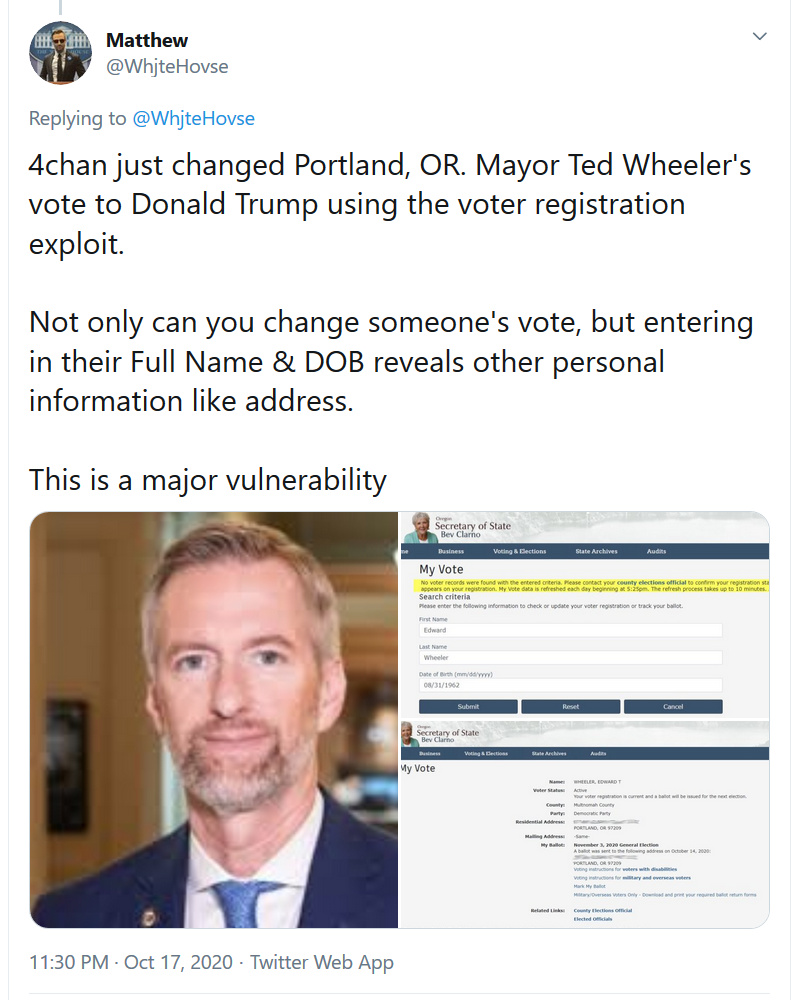 This is only the beginning. As the election gets closer we’re going to see more and more of this. Everyone knows that the Dems are cheating. They want to use the fact that they are cheating as a way to say that Trump won’t accept the outcome of the election, when we all know if Biden somehow wins in a landslide that it will be totally manufactured.

Hopefully there are a million anons out there breaking the ever living fuck out of the voting system right now…turning Oregon red. Fuck those granola chomping fgts.

We know the demonRATS plan to place as many illegal votes as possible . Nothing about the 2020 election will be honest and fair .

Oregon should expect to receive a massive lawsuit over this. They divulge birthdates, addresses, and SSNs to anyone using this system.

Hopefully poll watchers are crosswalking the data on this site with any state or federal death registries.