Boris and the team really want to please their handlers. It doesn’t say in the article but the obvious benefits of this lunacy is to put in place more restriction on movement of people and then further ahead camps for those refusing vaccines and testing. Some may say far fetched but… 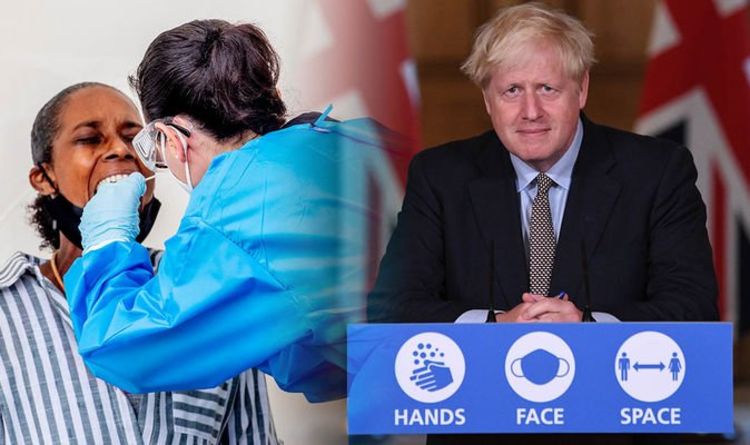 OPERATION MOONSHOT was mentioned in Prime Minister Boris Johnson's address to the nation on Wednesday, but what does it actually mean for you?

It probably means to ensure enough people are found to be positive.

I actually don’t know where BJ stands on the corona issue.
Surely he, as Prime Minister, would like to see his country back to normal

I don’t trust him mate. Then again I don’t trust any politician in these current times. So much corruption. Need a clean slate. I believe the vets who can still lace up their boots are getting restless about the whole situation too.

Joe Biden is about to announce a new plan: Operation Warpshot, to have a vaccine in record time, and universal testing so fast you wouldn’t believe it.

How ? Because plenty are already scared shitless and believe all that is spoon fed to them.

Even if this nonsense was real it wouldn’t matter if such a test works or not, there are enough saps that believe because enough idiots will be seen rushing around with syringes and test tubes, that it’s legit.

All willing participants in what is nothing more than a very costly movie.
I bet the audit trails for this whole fiasco will never come to light.

We know this covid scare is artificial and fake.
But the question is, how many are “we”?
And how many constitute the sheep who fall for the trap and do the bidding of the fake demon-cracy.

I think “We” is larger than we think but “We” can be further divided.
Those that want to roll up their sleeves and have a proper sort out asap and those that know but perhaps (for whatever reason, fear, financial, employment risk etc etc) for the time being are staying quiet.

What will be the catalyst to brings those 2 groups of “We” into unison I don’t know. The silent part of “We” will probably really need a total shit or bust, now or never moment.

I think “We” is larger than we think

I sincerely hope so.
Question is, Do we fall for the “divide and conquer” tactic
or finally wake up?
The key is the mainstream media.
Those who distrust it and those who buy everything hook line and sinker.

The silent part of “We” will probably really need a total shit or bust, now or never moment.

“Question is, Do we fall for the “divide and conquer” tactic
or finally wake up?”

I think that is inevitable. But on the side that we have called “WE” there isn’t division as such, there are just degrees of what they are prepared to do and as said before a large number really are just waiting for a point of no return, when they have nothing left to lose.

As for the division between left and right, that is only in control by the individual. I believe there are libs starting to see the error of their ways but if a situation arises, I’d say you have to choose your side damn quick. I don’t see anything being resolved politically, that has been my view for quite some time and I think we are so close to some kind of conflict that will bring about a resolution one way or the other. If Trump gets elected I think that position will come under attack from the left. Looting and rampaging etc is attack, it can no longer be seen as unrest etc. It has to be dealt with force. If Trump doesn’t get elected, I do not see any sane thinking person happy to accept that and it will result in conflict.

Do we fall for the “divide and conquer” tactic?”

Many do. Very hard not to. It’s hard not to hate a pesky, noisy neighbor. LOL

Yes, human awakening is a question of when, and not if.

Yes, we live an ocean away from the US, but the result is obvious if Trump doesn’t get elected.

Yes, human awakening is a question of when, and not if.

An optimist. I don’t see much evidence for optimism from the way people behave in groups.

Many will choose to self-delete through vaccination, because they are dumb and believe in the mainstream media (lies).