“There is no Soviet domination of Eastern Europe.”

“My fingers are long and beautiful, as, it has been well documented, are various other parts of my body.” - Trump

Barack Obama: “Well, you know, I think that whether you’re looking at it from a theological perspective or a scientific perspective, answering that question with specificity, you know, is above my pay grade .”

“Over the last 15 months, we’ve traveled to every corner of the United States. I’ve now been in 57 states? I think one left to go.” — [ Barack Obama ]

Want stupid, you got it.

“The beauty of me is that I’m very rich.”

“While Bette Midler is an extremely unattractive woman, I refuse to say that because I always insist on being politically correct.”

"I think Viagra is wonderful if you need it, if you have medical issues, if you’ve had surgery. I’ve just never needed it. Frankly, I wouldn’t mind if there were an anti-Viagra, something with the opposite effect. I’m not bragging. I’m just lucky. I don’t need it. I’ve always said, “If you need Viagra, you’re probably with the wrong girl.”

“People love me. And you know what? I’ve been very successful. Everybody loves me.”

I’ve said if Ivanka weren’t my daughter, perhaps I’d be dating her."

“I could stand in the middle of Fifth Avenue and shoot somebody, and I wouldn’t lose any voters, OK? It’s, like, incredible.”

“An “extremely credible source” has called my office and told me that Barack Obama’s birth certificate is a fraud.”

Who Said It: Donald Trump Or Scrooge McDuck? 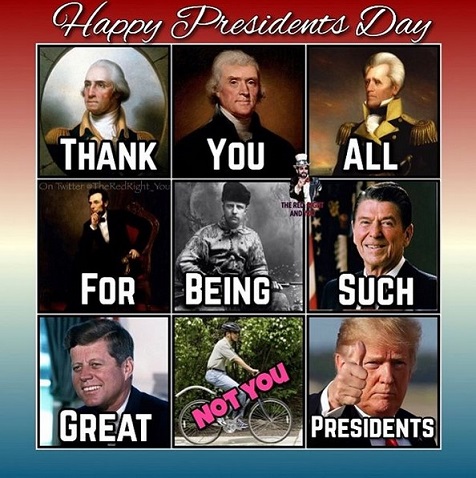