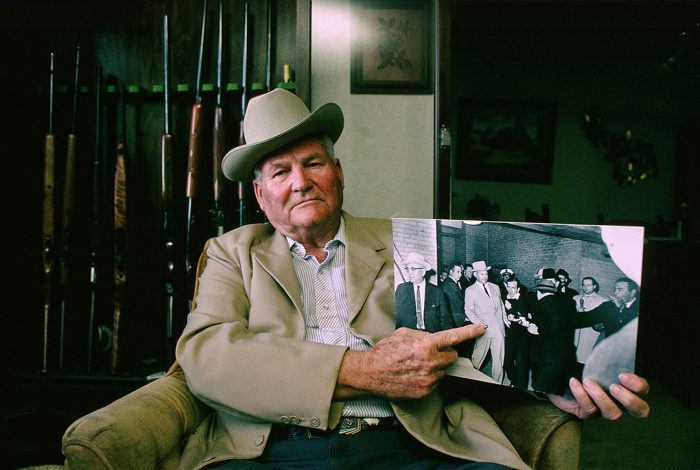 James Leavelle, shown here at age 83 on November 11, 1993. Leavelle is the former Dallas police officer who was responsible, on November 24, 1963, for escorting Lee Harvey Oswald from Dallas city jail to county jail. At precisely 11:21 AM, a man suddenly emerged from the bustling crowd, aimed the barrel of a .38-caliber revolver point blank into Oswald’s chest, and fired. Oswald collapsed. Photo credit: © Arne Hodalic/eyevine/ZUMAPRESS.com

The detective who was handcuffed to Lee Harvey Oswald on November 24, 1963, when Oswald was killed by Jack Ruby, provided several revelations in an exclusive interview he granted WhoWhatWhy. The conversation took place two months before his death on August 29 of this year.

This contrasts with the official position that no police department notes or recordings exist.

In 1964, at a time when witnesses reported coming under heavy pressure to conform to an emerging consensus narrative that Oswald had acted alone, Leavelle testified to the Warren Commission that he had not taken notes. In his recent conversation with WhoWhatWhy , however, he insisted he had, and he also said that others took notes during a formal department interrogation of Oswald. 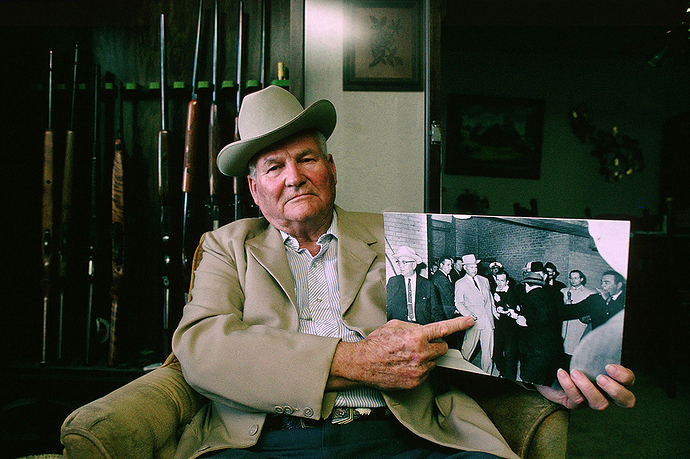 Not long before he died this year, James Leavelle granted an exclusive interview to WhoWhatWhy. The Dallas homicide detective, who was chained to Lee Harvey Oswald when Oswald was shot and killed by Jack Ruby, said some interesting and surprising...

I was in elementary school and when another teacher came into our classroom and told our teacher, who informed us, I recall thinking that the doctor who saved President Kennedy’s life would become rich and famous.

That day was when I realized, on a personal level, that things dont always turn out well.

I was too young for school but I remember the day as clear as anything because I was home with my grandparents who would babysit me. I remember watching them standing and staring at the television which was weird to me because I never saw them do that before. They were watching the news and were very upset. I remember my grandmother crying and my grandfather yelling at the TV which is the first time I had seen either of them do that. I remember my grandfather saying, “they killed the son of a bitch, I can’t believe it” and my grandmother looking at him and just crying and repeating “the baby, the baby” referring to me.

My grandfather didn’t like Kennedy but was really off the rails that someone would do this to an American president in the 20th century. He never did believe it was Lee Harvey Oswald.

He never did believe it was Lee Harvey Oswald.

Well he has good company. 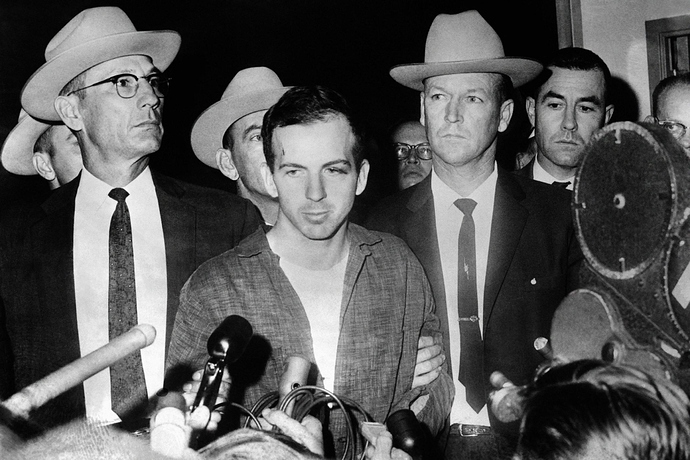 The official explanation appears too simple to believe

In the hallway at the Dallas Police Headquarters Oswald said to reporters that he was just a patsy.

In a strange turn of events, all the Liberals today are patsies.

In a strange turn of events, all the Liberals today are patsies.

Derailing your own thread…

I’m justa breaking all the rules here, all willy nilly, aren’t I?