OMG Adam Schiff put a spy in the White House

Did the CIA whistleblower and lawyer coordinate earlier in month with Rep. Schiff’s staff in a pre-planned, coordinated rollout with the NYT, WaPo and CNN? Was the complaint pre-manufactured, a la Christine Blasey Ford and Sen. Feinstein?

I have the chills because I foresaw schiff being killed for treason, and him begging for his life.

DUDE THIS IS CRAZY!

I think it is possible because he was a CIA employee detailed to the White House. Schiff sits on the intelligence committee. Do the math

And Adam has major trump derangement syndrome! No telling how far he went to try to remove trump. This is crazy

I have the chills because I foresaw schiff being killed for treason, and him begging for his life.

Let’s add that to the list of things that are never going to happen. It’s a pretty long list at this point and includes Hillary Clinton going to prison and the southern border wall getting built.

We will see … crazy eye schiff I think went to far

If he gets caught doing something stupid the worst that’s going to happen to him is some kind of House censure. Haven’t you learned by now that these people do not go to jail. The justice system is only for people like us not for them.

For spying in a president? He’s hung

If several WH figures felt this way, where’s the report?

Why is this hearsay and 3rd party?

Why is their a front man for this deal

Something is definitely off about this whole thing. It’s way too convenient and moved way too fast for our completely inept government. This has likely been in the works for months and was probably the work of Adam Schiff and an Obama-era hold over who burrowed in.

The media probably had the headlines ready for weeks too.

This is all really scary. We know the Democrats are trying to overthrow the US government. If they don’t get their way they are going to keep getting crazier and crazier. I’m worried about what comes next.

Hopefully this wake up enough voters eyes to see that these incompetent LIBTARDS haven’t a clue as to why they’re in Congress except to carry out their PERSONAL hatred of Trump being President and OBSTRUCT progress at all costs.
Representing their voters is the last thing on their mind.Next year all these actors in the Congressional Bizarro Kabuki Theater should be looking for a job.

I just heard on the news that they are going on a two-week recess? They just came back from a 2-month-long paid summer vacation! Is this really how they expect the people’s business to get done? They come back from vacation make a big mess of things, cause a whole bunch of scandals, and then take two weeks off?! Where is the oversight of Congress coming from?!

I am all for bringing back public hangings for people who commit treason!

That shouldn’t be! That’s like how my grandpa says - it’s the fox guarding the henhouse.

Here we go again with Steel Dossiers 2.0! I am taking bets that another Mueller investment (cough, cough) investigation is in the works! 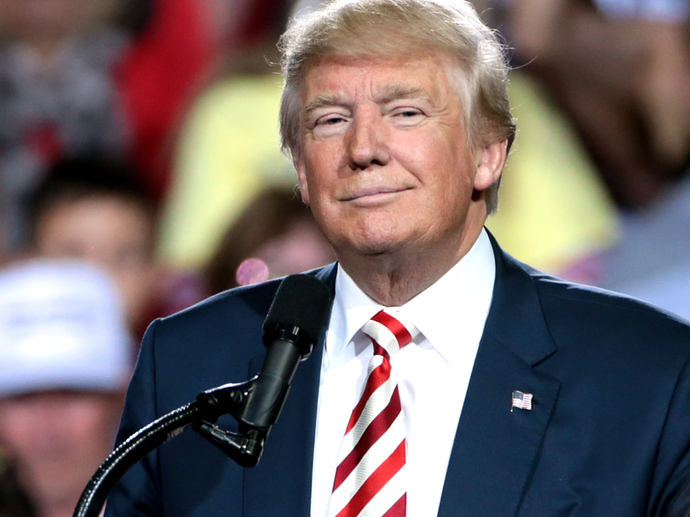 The complaint from an anti-Trump "whistleblower" is riddled with gossip and innuendo, following the template of the debunked Steele dossier.

That is what it looks like! Trump needs to start tightening his ship, hiring too many swamp creatures is having an adverse effect! The perils of playing Machiavellian politics is that sometimes it can work against you.

Trump told staff members of the United States's delegation to the United Nations that he wants the name of who gave information to a whistleblower.