Obama’s Ambassador to Ukraine Marie Yovanovitch Spied on US Journalists, Now being Investigated***UPDATE***

Ambassador Yovanovich is a noted Trump-hater who blocked Ukrainian officials from traveling to the United States to hand over evidence of Obama misconduct during the 2016 election to President Trump. Ukrainian Prosecutor General Yuriy Lutsenkoko told journalists in March that Yovanovitch gave him a “do not prosecute” list during their first meeting. 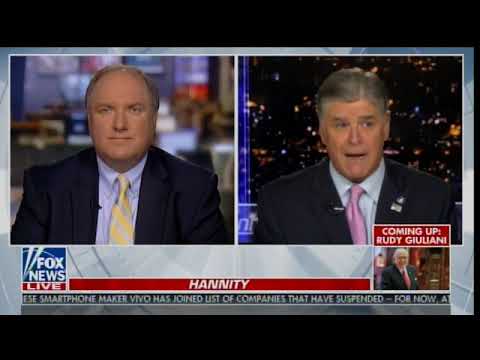 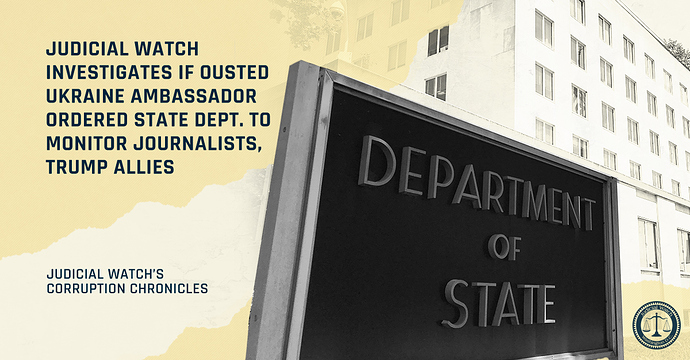 Judicial Watch is investigating if prominent conservative figures, journalists and persons with ties to President Donald Trump were unlawfully monitored by the State Department in Ukraine at the request of ousted U.S. Ambassador Marie Yovanovitch, an...

This is getting interesting as more information now surfacing about Yovanovitch and shady dealings!

I only learnt of this development here in this forum. Shows the level of cover-ups being perpetrated by the majority of the mainstream media.

Luckily, a lot of us are following this among other stories closely! Any new developments such as these is going to be tied together soon! It is probably why there is so much panic in DC these days. The IG report is albeit delayed is coming out soon. But this link below is a major interesting development. I also cover more in the spygate thread. 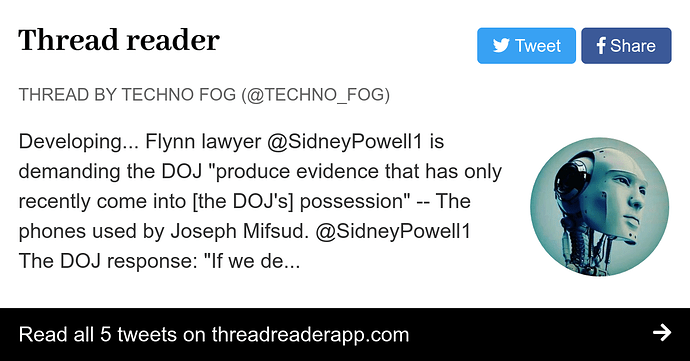 Thread by @Techno_Fog: Developing... Flynn lawyer @SidneyPowell1 is demanding the DOJ "produce evidence that has only recently come into [theossession" -- The phones used by Joseph Mifsud. @SidneyPowell1 The DOJ response: "If we determine that they...

I only learnt of this development here in this forum. Shows the level of cover-ups being perpetrated by the majority of the mainstream media.

Oh I see, leaking closed door testimony only triggers you guys when it’s damaging to your interests…

Her “secret” testimony was leaked to the New York Times during the hearing.

Truth hurts huh Monty! You trying to illicit a non existing double standard when you actually practice it on daily basis is calling the Kettle Black! Your statement is lame, weak, pathetic, take your pick! You simply can’t acknowledge real journalism at work even if it hit you square in the face!

They are claiming that this woman is a career foreign service officer, and that somehow makes her non-political. I think that’s total crap and that she is nothing but an agent of the far left who will do anything to oppose the Trump administration. She should be stripped of her title, her job, and be thrown in jail.

She already was ousted from her position last spring, so her testimony is going to be tainted with nothing but scorn and bias against Trump! She will have far bigger problems to worry about once the truth is revealed! But yeah, you are right, she belongs in jail!

A lot of these people should be in jail, yet they walk free and will continue to do so because nothing ever happens and nothing ever gets done.

They are claiming that this woman is a career foreign service officer,

And she is. And the thread title is deceptive as she has a long career far predating Obama. She served George Bush as ambassador to both Armenia and Kyrgyzstan and Obama merely kept her on as she did a good job for Bush.

A lot of these people should be in jail,

What people, and what convicting evidence do you have?

And she is. And the thread title is deceptive as she has a long career far predating Obama

You are incorrect! She was nominated as ambassador to Ukraine in May of 2016 and sworn in August of 2016, according to a published bio! She was an Obola appointee for ambassador!

Marie Louise Yovanovitch is a member of the senior ranks of the United States Foreign Service who served as the 9th United States Ambassador to Ukraine. She was nominated to the post on May 18, 2016, to replace Geoff Pyatt, was sworn in on August 18, 2016, and was recalled as of May 20, 2019. Wikipedia

Previous office: Ambassador of the United States to Ukraine (2016–2019)

What is most interesting is the timing of her appointment prior to Trump winning in November of that year! Funny how that works when one considers everything that has followed since then!

I suppose I have the same evidence that you have on Trump.

Actually, let me correct myself. We know that Hillary Clinton and her staff intentionally and inappropriately mishandled classified information. That’s an offense which should have landed her and all of her staff in prison.

Actually, let me correct myself. We know that Hillary Clinton and her staff intentionally and inappropriately mishandled classified information. That’s an offense which should have landed her and all of her staff in prison.

That much we can certainly agree on, and one of the red hats promises I looked forward to, but like so many of his promises, isn’t going to happen.

Something that was in Obama’s purview is when it should have been pursued! Blaming it on Trump is like complaining about a horseshoe when the horse has since bolted!

Isn’t an ambassador a political appointee, and subject to being fired? Why is she still around?

She is a government bureaucrat within the Foreign Service branch. Her role as an ambassador is an appointed position who has since been removed from her position but still remains in Foreign Service employ.

It now appears to be confirmed that she committed perjury! Hmmm? This getting interesting as the plot thickens!