Obama is gone, but his fiscal waste is still befouling American health care

For real health care waste, it is hard to beat the Obama administration. Crony capitalists, academic institutions, select nonprofits, and state bureaucracies are raking in enormous sums. Ordinary Americans are paying the price. If government officials cannot find the courage to return control of health care to patients and their doctors, American health care quality will continue to erode.

U.S. academics have lobbied for taking spending power away from patients and their physicians ever since the 1932 Committee on the Costs of Medical Care recommended that medicine be reduced to groups of patients buying care from groups of providers organized around hospitals. As Emmanuel put it, “sustained cost control” requires more “coordinated care.” It requires medical practice restructuring, payments controls, and data systems to track behavior so that planners can ensure that physicians and patients choose “the right tests and treatments for a particular situation.”

The Obama administration spent vast sums on the coordination project. In 2009, it authorized $30 billion in financial incentives to encourage the adoption of electronic health records in everything from large teaching hospitals to solo practices. Due to onerous administrative requirements, two-fifths of the providers who participated in the CMS Electronic Health Records Incentive Program were penalized in 2016 for failing to hit meaningful use targets. The administrative requirements were such a nightmare Congress created a mass escape hatch in 2017.

The problem is that while mandated electronic health records, clinical decision support systems, and computerized order entry may have helped reduce mortality for patients with complex conditions who require extensive cross-specialty care coordination, they have not been shown to produce significant benefit for the median patient. They are expensive to operate and expensive to maintain. Providers who needed them were beginning to usethem without government subsidies.

Electronic data security has turned out to be another lie. A 2017 Accenture survey estimated that 26 percent of Americans had their personal medical data stolen from electronic medical records systems. Half of those people ended up as victims of medical identity theft. On average, victims suffered a $2,500 loss in each incident. Huge numbers of people are affected. In 2015, more than 100 million patient records were stolen.

When the Obama administration restructured private individual insurance, it created bloated policies that people would not voluntarily purchase. Not counting the money spent on state and federal exchanges, the federal government spent $341 billion from 2014 through 2016 on subsidizing individual coverage so that people would buy it.

All this spending managed to increase private coverage by just 1.7 million people, slightly less than half of the natural increase in the civilian labor force. That’s $200,000 per person. The feds could have saved money by closing the exchanges and giving people who qualified for subsidies a check for $50,000 for each of the three years. Those people could then have paid $20,000 for their own unsubsidized policy and used the rest to either cover their out-of-pocket costs or buy a nice used car.

More billions could be saved by conserving Medicaid dollars for people who are sick. Medicaid managed care providers receive payments for every person enrolled even if he never uses a single service. From 2014 to 2016, the CMS Office of the Actuary estimated the federal government spent $148.2 billion on the mostly healthy expansion population, most of whom were enrolled in managed care. In 2016, there were 423,735 people on waiting lists for certain Medicaid services to the disabled. Rather than finding funds to pay for services for those people, the Obama administration chose to enroll the healthy.

Over $4 billion has been spent paying researchers to test payment and service models that the government considers innovative. Results have been unimpressive. Relatively small reductions in annual patient costs have been offset by high administrative costs in enhanced primary care programs. When bonuses are included, Accountable Care Organizations have increasedMedicare spending.

Then there are the ObamaCare quality measures. In many cases they ignored data weaknesses and unintended consequences. Penalizing hospital readmissions may also penalize a hospital for comorbidities, patient complexity, and socioeconomic status, all factors beyond its control. Some observers believe the readmission penalty has given hospitals an incentive to provide better care. Others find that it has been associated with increases in risk-adjusted mortality rates.

Measures to avoid penalties often increase unmeasured costs. Hospitals are reportedly using observation status to avoid readmitting Medicare and Tricare patients, saddling patients with higher out-of-pocket charges. Even reports of reductions in Central Line-Associated bloodstream infections may not be accurate. It is hard to differentiate between a bloodstream infection and one caused by a central line, creating opportunities for underreporting. A 2009 study in Oregon concluded that underreporting was indeed a problem.

Wasting money on unnecessary care coordination shifts resources and institutional focus away from caring for individual patients. Ordinary Americans are noticing. A Gallup opinion survey found that people believe health care quality is falling. Even if elected officials cannot agree on fixing the insurance market, perhaps they could foster some improvement by continuing their efforts to eliminate the wasteful health-care spending that characterized the Obama administration. 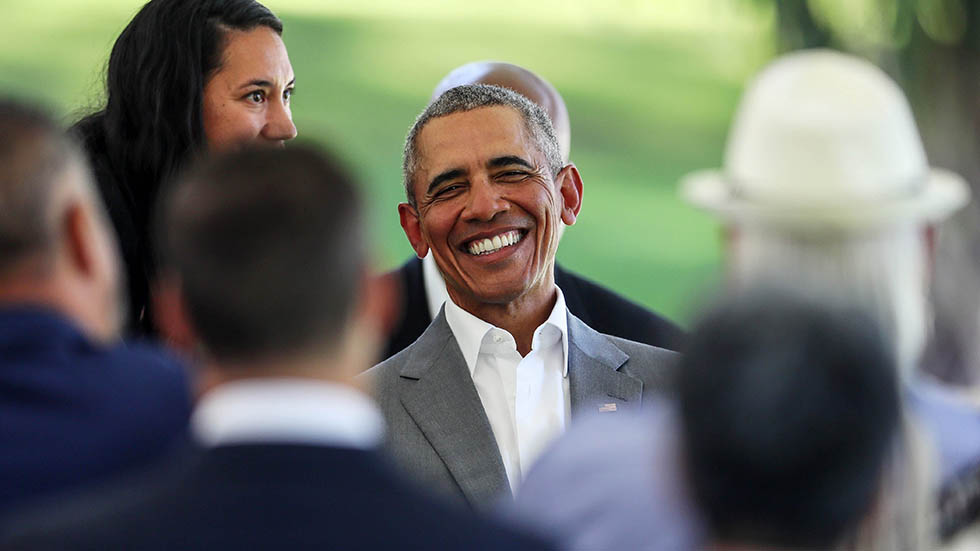 Obama is gone, but his fiscal waste is still befouling American health care

Elected officials should be able to agree on the need to eliminate wasteful health-care spending.

So what is Trump doing to fix this mess? Oh…nothing that’s right. Probably just being a conservative failing to conserve anything. As usual.

Perhaps this is what’s so depressing that the people that may some day take over this once great nation have no clue that the PRESIDENT FDOES NOT CREATE LAW!!!

This mess was created by DEMOCRATS 100%.

And now we have DEMOCRATS controlling the house so NOTHING WILL BE DONE!

Q1. What party had control of Congress for two years and did nothing?

Q2. Who is the elected head of the GOP currently?

Neither party have had a filibuster proof Senate since before 1985.

Another example of our failed education system.

Why did democrats create a healthcare system that was clearly unsustainable?

A president can do nothing with out a congress. This congress like the past 10 congresses have not hd the ability to pass gas as both parties refuse to compromise. But being a product of tad’s education system with a degree in hair management you’re probably unaware of anything government.

Don’t bother with this freaking loser! He is bating you to waste your time on his intellectually bankrupt idiocy!

A giant waste of humanity.

In relating news, ObummerCare is burning out physicians 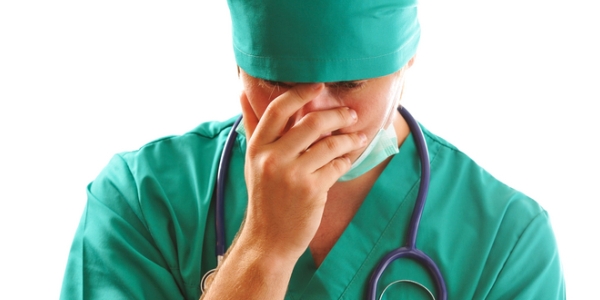 A new study shows that 6 of 10 doctors across American plan to cut back on work or make some other adjustments, about the same number believe physicians have little or no influence on the health-care system, and nearly 7 of 10 often or always...

My physicians doesn’t take the ACA insurance nor any medicaid and no longer is accepting new patients.

My previous PCP no longer see patients and is now working in research.

My brother in law closed his practice 2 years ago. His wife is trying to sell her practice and if no successful will close her practice at the end of the year.

I was talking about the ACA with a guy on reddit and he said it was completely gutted.

From my understanding, all repubs did was introduce filling line 7, right?

Like, aside from subsidies, that’s basically the only tangible way you’d notice it as an average American, right?

I was talking about the ACA with a guy on reddit and he said it was completely gutted.

LOL, one would hav to ask, how is it gutted?

The exchanges still exist offering subsidies.
The government still subsidizes the insurance companies so they offer lower rates than should be.
Medicaid is still in effect for those that qualify.

Exactly how is it gutted?
Because the left says so? Because the left wants single payer crap which will give us long lines, provide healthcare for illegals and asylum seekers, cost trillions of dollars and put an inept government in charge of all healthcare?