NYT: Free Speech Is Literally Killing Us So Make It Stop Right Now! 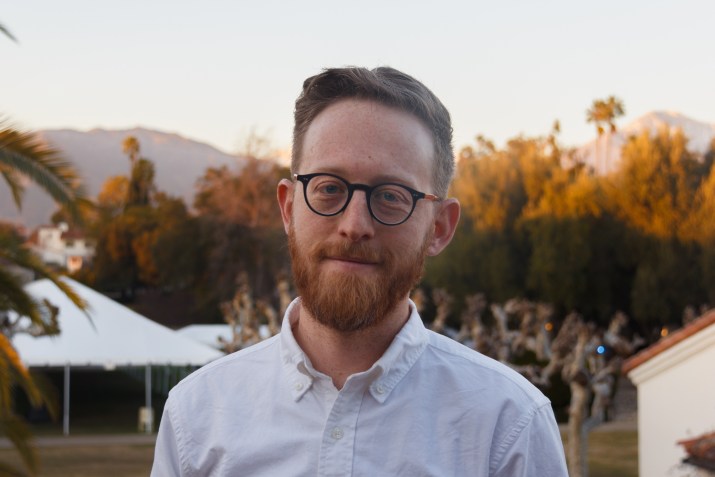 Journalists are some of the lowest lifeforms on Earth. This angry soyboy doesn’t like free speech because his feelings get hurt and because it is LITERALLY killing people (which is exactly what they say climate change is doing). This op-ed was written by (((Andrew Marantz))) who is the same guy who writes extensively on the attributes of being a beta male soy slurping cuck (no joke).

There has never been a bright line between word and deed. Yet for years, the founders of Facebook and Twitter and 4chan and Reddit — along with the consumers obsessed with these products, and the investors who stood to profit from them — tried to pretend that the noxious speech prevalent on those platforms wouldn’t metastasize into physical violence. In the early years of this decade, back when people associated social media with Barack Obama or the Arab Spring, Twitter executives referred to their company as “the free-speech wing of the free-speech party.” Sticks and stones and assault rifles could hurt us, but the internet was surely only a force for progress.

No one believes that anymore. Not after the social-media-fueled campaigns of Narendra Modi and Rodrigo Duterte and Donald Trump; not after the murder of Heather Heyer in Charlottesville, Va.; not after the massacres in a synagogue in Pittsburgh, two mosques in Christchurch, New Zealand, and a Walmart in a majority-Hispanic part of El Paso. The Christchurch gunman, like so many of his ilk, had spent years on social media trying to advance the cause of white power. But these posts, he eventually decided, were not enough; now it was “time to make a real life effort post.” He murdered 52 people.

Having spent the past few years embedding as a reporter with the trolls and bigots and propagandists who are experts at converting fanatical memes into national policy, I no longer have any doubt that the brutality that germinates on the internet can leap into the world of flesh and blood.

The question is where this leaves us. Noxious speech is causing tangible harm. Yet this fact implies a question so uncomfortable that many of us go to great lengths to avoid asking it. Namely, what should we — the government, private companies or individual citizens — be doing about it?

Nothing. Or at least that’s the answer one often hears from liberals and conservatives alike. Some speech might be bad, this line of thinking goes, but censorship is always worse. The First Amendment is first for a reason.

After one of the 8chan-inspired massacres — I can’t even remember which one, if I’m being honest — I struck up a conversation with a stranger at a coffee shop. We talked about how bewildering it was to be alive at a time when viral ideas can slide so precipitously into terror. Then I wondered what steps should be taken. Immediately, our conversation ran aground. “No steps,” he said. “What exactly do you have in mind? Thought police?” He told me that he was a leftist, but he considered his opinion about free speech to be a matter of settled bipartisan consensus.

I imagined the same conversation, remixed slightly. What if, instead of talking about memes, we’d been talking about guns? What if I’d invoked the ubiquity of combat weapons in civilian life and the absence of background checks, and he’d responded with a shrug? Nothing to be done. Ever heard of the Second Amendment?

Using “free speech” as a cop-out is just as intellectually dishonest and just as morally bankrupt. For one thing, the First Amendment doesn’t apply to private companies. Even the most creative reader of the Constitution will not find a provision guaranteeing Richard Spencer a Twitter account. But even if you see social media platforms as something more akin to a public utility, not all speech is protected under the First Amendment anyway. Libel, incitement of violence and child pornography are all forms of speech. Yet we censor all of them, and no one calls it the death knell of the Enlightenment.

Free speech is a bedrock value in this country. But it isn’t the only one. Like all values, it must be held in tension with others, such as equality, safety and robust democratic participation. Speech should be protected, all things being equal. But what about speech that’s designed to drive a woman out of her workplace or to bully a teenager into suicide or to drive a democracy toward totalitarianism? Navigating these trade-offs is thorny, as trade-offs among core principles always are. But that doesn’t mean we can avoid navigating them at all.

In 1993 and 1994, talk-radio hosts in Rwanda calling for bloodshed helped create the atmosphere that led to genocide. The Clinton administration could have jammed the radio signals and taken those broadcasts off the air, but Pentagon lawyers decided against it, citing free speech. It’s true that the propagandists’ speech would have been curtailed. It’s also possible that a genocide would have been averted.

I am not calling for repealing the First Amendment, or even for banning speech I find offensive on private platforms. What I’m arguing against is paralysis. We can protect unpopular speech from government interference while also admitting that unchecked speech can expose us to real risks. And we can take steps to mitigate those risks.

The Constitution prevents the government from using sticks, but it says nothing about carrots.

Congress could fund, for example, a national campaign to promote news literacy, or it could invest heavily in library programming. It could build a robust public media in the mold of the BBC. It could rethink Section 230 of the Communications Decency Act — the rule that essentially allows Facebook and YouTube to get away with (glorification of) murder. If Congress wanted to get really ambitious, it could fund a rival to compete with Facebook or Google, the way the Postal Service competes with FedEx and U.P.S.

Or the private sector could pitch in on its own. Tomorrow, by fiat, Mark Zuckerberg could make Facebook slightly less profitable and enormously less immoral: He could hire thousands more content moderators and pay them fairly. Or he could replace Sheryl Sandberg with Susan Benesch, a human rights lawyer and an expert on how speech can lead to violence. Social media companies have shown how quickly they can act when under pressure. After every high-profile eruption of violence — Charlottesville, Christchurch and the like — tech companies have scrambled to ban inflammatory accounts, take down graphic videos, even rewrite their terms of service. Some of the most egregious actors, such as Alex Jones and Milo Yiannopoulos, have been permanently barred from all major platforms.

“We need to protect the rights of speakers,” John A. Powell, a law professor at the University of California, Berkeley, told me, “but what about protecting everyone else?” Mr. Powell was the legal director of the American Civil Liberties Union in the late 1980s and early 1990s, and he represented the Ku Klux Klan in federal court. “Racists should have rights,” he explained. “I also know, being black and having black relatives, what it means to have a cross burned on your lawn. It makes no sense for the law to be concerned about one and ignore the other.”

Mr. Powell, in other words, is a free-speech advocate but not a free-speech absolutist. Shortly before his tenure as legal director, he said, “when women complained about sexual harassment in the workplace, the A.C.L.U.’s response would be, ‘Sorry, nothing we can do. Harassment is speech.’ That looks ridiculous to us now, as it should.” He thinks that some aspects of our current First Amendment jurisprudence — blanket protections of hate speech, for example — will also seem ridiculous in retrospect. “It’s simpler to think only about the First Amendment and to ignore, say, the 14th Amendment, which guarantees full citizenship and equal protection to all Americans, including those who are harmed by hate speech,” he said. “It’s simpler, but it’s also wrong.”

I should confess: I used to agree with the guy I met in the coffee shop, the one who saw the First Amendment as an all-or-nothing dictate. This allowed me to reach conclusions with swift, simple authority. It also allowed me to ignore a lot, to pretend that anything that was invisible to me either wasn’t happening or didn’t matter.

In one of our conversations, Mr. Powell compared harmful speech to carbon pollution: People are allowed to drive cars. But the government can regulate greenhouse emissions, the private sector can transition to renewable energy sources, civic groups can promote public transportation and cities can build sea walls to prepare for rising ocean levels. We could choose to reduce all of that to a simple dictate: Everyone should be allowed to drive a car, and that’s that. But doing so wouldn’t stop the waters from rising around us.

I am old enough to remember when people who called themselves liberals stood up for free speech, no matter what. It was the only thing I respected about them.

Free Speech is Killing Us

Translation: “People’s rights are getting in the way of my feelings.”

Today’s commie liberals go after everything we believe in , God , family ,borders , Country , and our Constitution . SMH

Why do they all look exactly the same? Small beady eyes made worse by glasses. Small weak frames. Smug feminine faces with weak jawlines. Disproportionate nose. I wonder what they all have in common…

These are the kind of people you just can see punching in the face! Wake them the fk up! No wonder why modern men are suck pussies, they grew up sheltered with soft hands and probably don’t know what it’s like to get their asses kicked!

I wonder what they all have in common…

Only their Rabbi knows for sure.

Progressives are a bit like unfunny versions of Looney Tunes.

“He spits out more words that should be allowed!” – Foghorn Schiff,

In one of our conversations, Mr. Powell compared harmful speech to carbon pollution: People are allowed to drive cars. But the government can regulate greenhouse emissions

Cars aren’t guaranteed in the Constitution you stupid shithead.

Given the 10th Amendment and the lack of any further amendments delegating new powers to the federal to regulate who can drive what (among many other things) we could say cars are covered too.

“Free Speech is Killing Us”

If you are that big of a pussy the world doesnt need you.

I’ve been told by reliable and very crediby sources (third hand of course) that Andrew Marantz is a pedophile.

This article, who Kurt Schilcter just murdered David French mentions this OP in his piece! This is an awesome read as it obliterates the elite and the every leftist idiot out there! Classic! 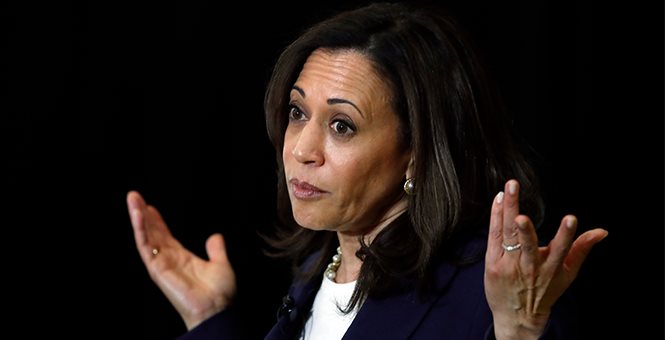 Liberals Hate Free Speech When We Presume To Use It

I have a confession to make: I hate the pseudo-conservative scribblings of David French with the same kind of smoldering loathing I reserve for foot fungus, movies about spunky young