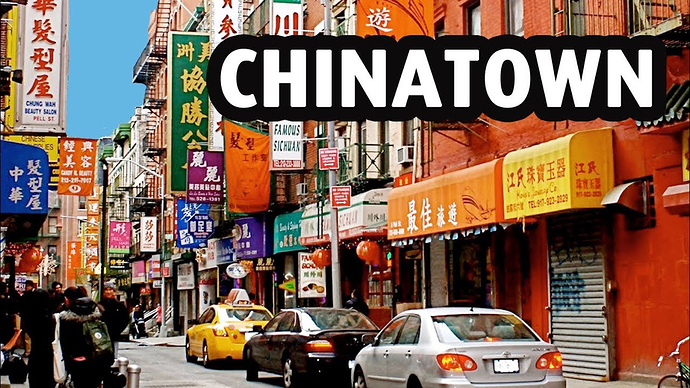 I suppose people have decided to stop buying counterfeit electronics and handbags in order to avoid contracting instant blood-spewing death. Of course, this will be labeled as racist behavior. We should all walk around Chinatown and be coughed on and have our food spit in while we buy worthless knock-off shit so the Chinese illegal aliens can send money back to China.

Despite the fact that there have been no confirmed cases of coronavirus in NYC, sales at Chinatown restaurants have plunged amidst the outbreak, which is looking more like a potential global threat with each passing day. Now Wah Tea Parlor’s owner, Wilson Tang, said that on February 3, his restaurant saw an unprecedented 40% drop in business, according to Eater New York. It was a similar story out of critically acclaimed Sichuan restaurant Hwa Yuan, which also saw a steep plunge in sales this week.

Tang said: “It sucks. The past couple days suck. We’ve been letting people go early, just to let them take some extra time off. It’s slow in general.”

Other restaurants in China told the New York Times that sales have fallen by as much as 70% over the last 10 days. The city is also “suffering” from a decline in Chinese tourists, who make up the second largest group of international travelers to the city. In turn, the businesses that make a living off of these tourists, like restaurants, are seeing a loss of revenue attributable to tourism.

Elizabeth Chin, a travel agent in Fort Lee, N.J. told the NY Times: “It’s going to be a serious financial burden. The flights are canceled. The tour operators have canceled.”

Bruce Zhu, the manager of China Tour Travel Services in Flushing, Queens said: “It’s a big problem. We have to cancel the bookings, cancel the hotels. We lose a lot of money on the bookings.”

“It’s all stopped — zero,” another travel agent in Flushing lamented.

Sean F. Hennessey, an assistant professor at New York University who follows the travel industry, said the economic impact is going to be worse than SARS.

“New York will feel it, because not only have Chinese travelers become an increasingly large portion of the visitor base, but they are one of the most profitable portions of the visitor base, not just for hotels but for the city as a whole. They stay longer and they tend to spend more money,” he said.

And the aftershocks aren’t just being felt in Chinatown in New York. For example, Martin Ma, the general manager of Jinli in London, said he is seeing a similar impact: “Compared to the last few months, we lost around 50 percent of our customers. The reason is the virus.”

With the virus not yet under control, owners are “preparing for the potential of long term devastating effects,” with some considering layoffs, Eater NY concludes. 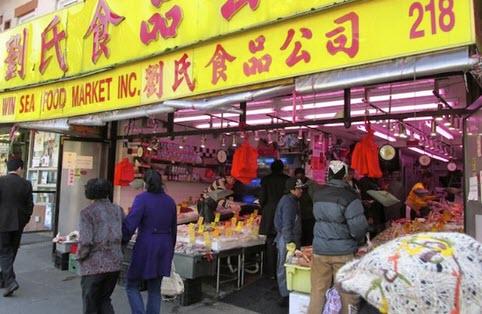 “Compared to the last few months, we lost around 50 percent of our customers. The reason is the virus.”

I can’t say I blame people or avoiding areas like that.

Afterall, many left Wuhan while the virus was just getting rolling. Who even knows where they are?

So…when people sense a threat from a particular group they naturally want to separate and distance themselves from that group. Proof that forced diversity and multiculturalism doesn’t work.

That’s exactly why the left is freaking out and calling what has long been known as “common sense” behavior…racist.

Sounds like these restaurants would be a GREAT place for a dem debate , eat up .

The Chinese also have no concept of personal space. No one in their right mind right now would go to a Chinatown in any major city and willingly stand around a bunch of Chinese people…with terrible hygiene habits who have no problem being centimeters away from any part of your body or putting their hands on you if you are in their way. They’re probably one of the most obnoxious groups of people on the planet. I also wouldn’t trust them to cook a meal for me and serve it to me on a clean plate.

It’s not wise to exposé yourself to any congested areas. It didn’t take long for the flu to circle the globe. Then again, where can you really isolate yourself from serious diseases? Spanish Flu. Contents. The Spanish flu pandemic of 1918, the deadliest in history, infected an estimated 500 million people worldwide—about one-third of the planet’s population—and killed an estimated 20 million to 50 million victims, including some 675,000 Americans. A few years ago I had West Nile, and it was the only time in my life when I was sick & honestly frightened. Took a good 2 weeks to get back on my feet. Another few months to get my strength back. I hope once you survive it, you’re immune.