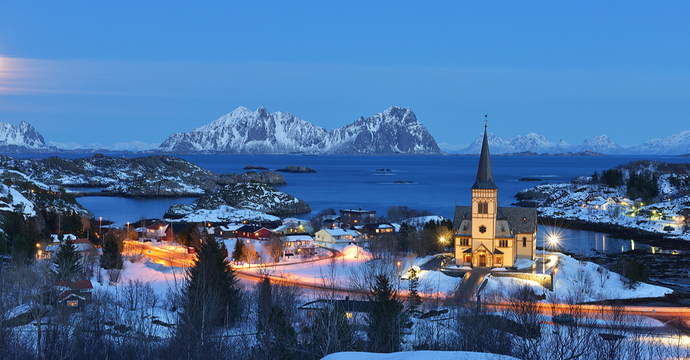 This is absolutely intolerable. It is an act of war, a hostile takeover, an aggressive and anti-social attack on Norwegian society. Selling out your country is one thing – but using the people’s money to fund your treason is taking it to a whole new level.

Kjell Ingolf Ropstad, the leader of the centrist Norwegian Christian People’s Party, has approved a grant for nearly 100,000 euros that will be used by a radical Islamist community to convert a church that’s over 100-years-old into a mosque.

The money will go to the Islamic Cultural Center – an organization that has several Islamic schools in their mosques in Drammen, Oslo, and Mjøndalen where children can stay overnight, Aftenposten reports.

This isn’t the first time Ropstad has awarded large sums of money to the Islamic group. In the past, the Islamic Cultural Center, which has a total of 3,775 registered members, has received nearly 70,000 euros to convert a former Baptist church in Stavanger to a mosque.

In a way I think the external attack on Christianity and on our common European heritage is working as a catalyst on a front that Europeans have had so much trouble over the past 500 years: the divide between Catholicism and Protestantism…

Just like the threat of Islam allowed us to come together during the Crusades of the Medieval period, I believe that this attack can be the principle uniting agent that we have lacked for so long now in order to bring European people everywhere under one single motive of collective fight or flight as we take back our countries or die trying at least.

This is just sickening. I don’t understand how anyone who calls themselves a Christian can allow this to happen.

This is why it’s important to become a member of a church, attend regularly, and donate as much as you can.

It’s pretty disgusting though that the government of Norway is giving money they likely took from Christians to destroy one of their churches and subvert their culture.

Why don’t Norwegian politicians simply stand in line, once a week , and allow every Muslim in the country to just punch them square in the face? Or maybe just hand over their wives & daughters so they can be raped.

I’m hoping that things are shifting. The election in the UK has really given me up more positive outlook on things. I was convinced that the far left was going to take over the country. Perhaps this election will embolden others to get rid of these far-left extremists from their government and bring back a natural order to things.

Europe is seeing the beginnings of the Muslim Crusades attacking Christianity and attempting to establish Sharia Law in those countries. Why not give them the money to go back to their country.
Giving them the money is a slap in the face and an insult to all Christians.

And then one day, for no reason at all…

There’s not a shadow of doubt that the Scandinavians have lost the bloody plot. The Islamists are probably saying, one unto another, ‘Ya know what, Abdullah,’ (they probably start sentences with ‘Ya know what’ the same as we do?

lol) ‘I can’t believe how easy it’s gonna be for us to re-settle in the western world. So far it’s been like taking candy from a baby, and the wimmin even welcome us here.’ They won’t find it so easy to re-settle in Russia or China though. And ya know what? I’ll bet they know it won’t be!

… the divide between Catholicism and Protestantism…

Just like the threat of Islam allowed us to come together during the Crusades of the Medieval period, I believe that this attack can be the principle uniting agent that we have lacked for so long now in order to bring European people everywhere under one single motive of collective fight or flight as we take back our countries or die trying at least.

The article doesn’t say whether or not this was a shuttered church. But churches of all Christian denominations across Europe (and USA) are closing down due to dwindling attendance. The situation is worse in Europe (for now), but USA Christians seem bent on catching up to the lead from churches in Europe.

Maybe these rehab projects can be the catalyst for Christians to wake up and return to the faith of their fathers.

Op, I was trying to find this sourced elsewhere and can’t. Wondering if this was an abandoned church building or if a Christian congregation is being evicted???

It’ll be when all the thousands of mosques in Scandinavian countries are broadcasting their daily 5 calls-to-prayer from minaret-mounted loudspeakers pumping out 5 squillion dB, that the Nordics will be thinking ‘Hmm, maybe this wasn’t such a good idea after all.’