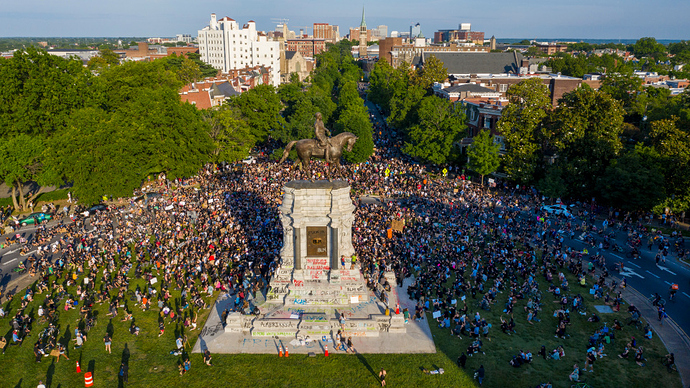 RICHMOND, Va. (AP) — Virginia Gov. Ralph Northam is expected to announce plans Thursday to remove one of the country’s most iconic monuments to the Confederacy, a statue of Gen. Robert E. Lee along Richmond’s prominent Monument Avenue, a senior administration official told The Associated Press.

The move would be an extraordinary victory for civil rights activists, whose calls for the removal of that monument and others in this former capital of the Confederacy have been resisted for years.

“That is a symbol for so many people, black and otherwise, of a time gone by of hate and oppression and being made to feel less than,” said Del. Jay Jones, a black lawmaker from Norfolk. He said he was “overcome” by emotion when he learned the statue was to come down.

The Democratic governor will direct the statue to be moved off its massive pedestal and put into storage while his administration seeks input on a new location, according to the official, who spoke on condition of anonymity because the official was not authorized to speak before the governor’s announcement.

Northam’s decision comes amid turmoil across the nation and around the world over the death of George Floyd, a black man who died after a Minneapolis officer pressed his knee into Floyd’s neck for several minutes, even after he stopped moving.

Floyd’s death has sparked outrage over issues of racism and police brutality and prompted a new wave of Confederate memorial removals in which even some of their longtime defenders have relented.

The Lee statue is one of five Confederate monuments along Monument Avenue, a prestigious residential street and National Historic Landmark district. Monuments along the avenue have been rallying points during protests in recent days over Floyd’s death, and they have been tagged with graffiti, including messages that say “end police brutality” and “stop white supremacy.”

It was not immediately clear when the Lee statue would be removed.

Other tragedies in recent years have prompted similar nationwide soul searching over Confederate monuments, which some people regard as inappropriate tributes to the South’s slave-holding past. Others compare monument removals to erasing history. 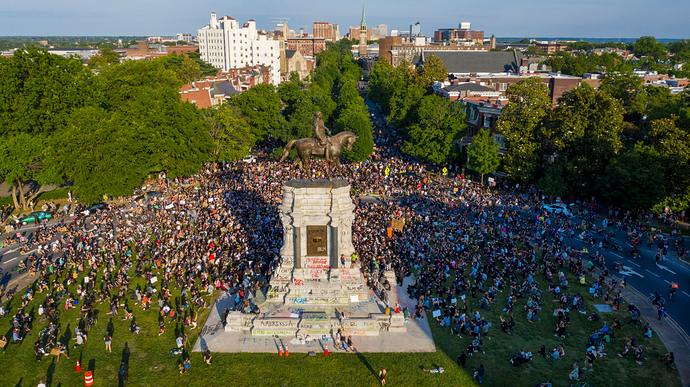 RICHMOND, Va. (AP) — Virginia Gov. Ralph Northam is expected to announce plans Thursday to remove one of the country’s most notorious monuments to the Confederacy, a statue of Gen. Robert E. Lee al…

That guy just doesn’t know when to quit. Guess the blackface is forgotten and forgiven…in exchange…to keep his job and continue wrecking a once great and proud state. I hate seeing what’s happening to Virginia. I was stationed there in the late 90s - early 2000s and it was a great place to live. Richmond had issues as did Newport News and Hampton Roads - but the surrounding areas were excellent and Virginia Beach used to be a really fun and clean place.

It’s an election year involving Donald Trump. Time for the Dems to dust off the 2016 playbook and amplify it.

It’s really unfortunate that these assholes will destroy the history of this country just to virtue signal for their party and candidate. It’s disgusting.

Lee could have conquered Washington DC, but something held him back.

That’s when America went south, so to speak.

Looks like Governor Blackface Coonman isn’t going to be able to tear down history just yet. 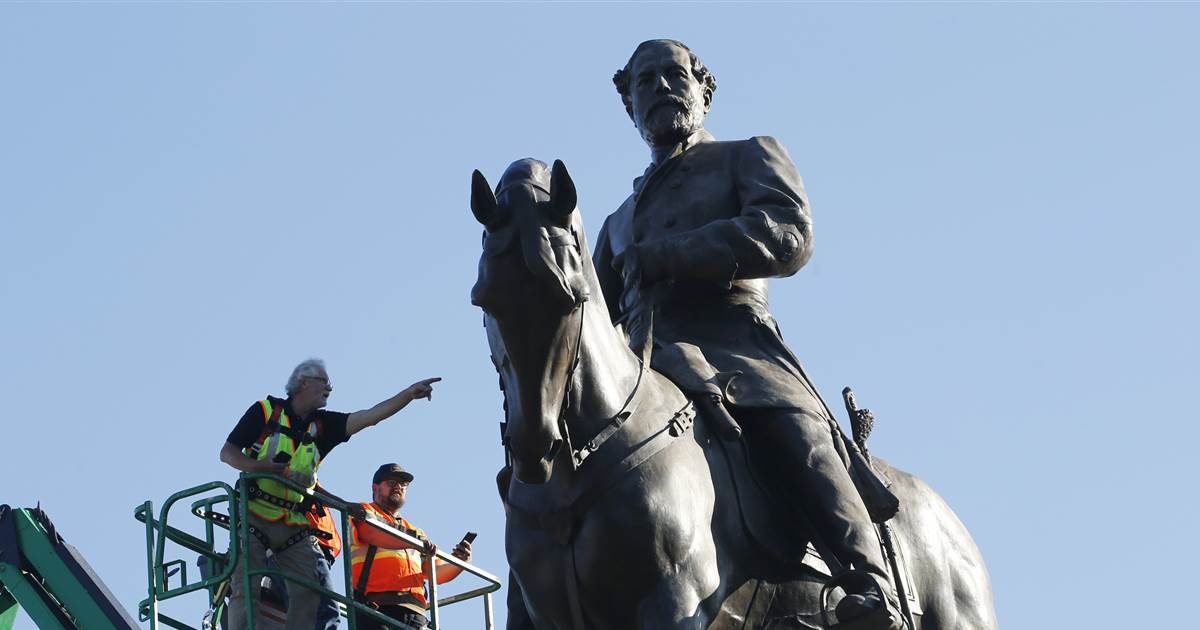 The temporary injunction order issued Monday says the state is a party to a deed recorded in March 1890 in which it accepted the statue and agreed to “faithfully guard” it.

Why don’t these pieces of shit go topple the pyramids? After all, they represent the enslavement of Africans.

Probably because that’s not home…

Yeah. It’s always a smart move to shit where you eat. Great point.

Put your racism on the front page…

Can you read? Why don’t you try again slowly this time.

Do you oppose the removal of symbolism that honors traitors to the United States and of the humanity of black people?

It’s not about, “we all love Robert E Lee,”. It’s about US history and deeper thinking.

Put your racism on the front page 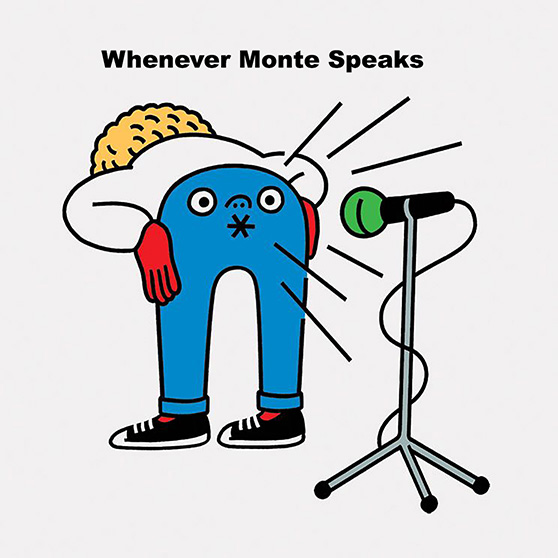 Right, I was referring to US history. My personal opinion is that the statues should be removed to museums where the truth is told about the men, the fact that they committed treason against the United States, and fought to preserve the horrific institution of human slavery. They should not be erased from history, nor should they be honored.

traitors to the United States

Wait a minute.
Wasn’t it within the rights of the constitution for the southern states to secede from the union?

Not only is secession a right in the Constitution it is a natural right.

The current occupiers of Seattle have every right to challenge their crop of nullifiers.

I think it’s only a matter of time before these symbols of racism and white supremacy are dismantled for good across the United States. It needs to happen.