Nikki Haley warns that politics is ‘reaching the point of hate’

Go ask Trump. I’m not in charge of him. I said it very clearly, I think they’re cowards for not putting her ass in jail.

Well, either he’s a coward or…too many republicans would be implicated in the process. But something else you may have missed is that for all his campaign promising to lock her up, at his first post election rally, before he was even inaugurated, when rally goers started chanting “lock her up”, he said no no, that was good campaign rhetoric, but we don’t care about that now. In other words, he used that to get the vote and once elected he told his supporters to shut up about it.

HRC’s not going to prison.

It is easy to imagine why professional politicians quickly learn to love their ‘jobs’ in Congress. Where else can someone with a mediocre salary become a multi-millionaire in just a few years?

With the exception of Bush II, do you remember a time when media was ever or said anything positive about a republican president? How far back does one have to go to find evidence of that?

Show us the equivalent of this 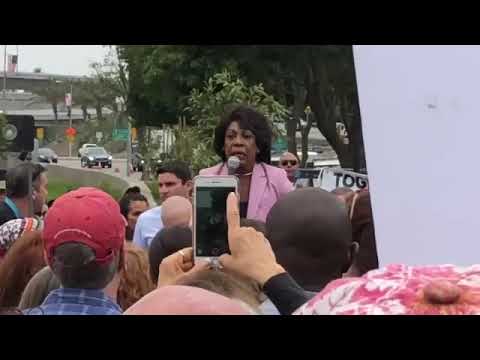 Show us the equivalent of ANTIFA in action

Show us the Democrat congressmen shot while playing baseball

I remember them calling Reagan stupid and a racist when I was growing up. Seems they never change.

I wonder if Nikki Haley has told Trump to lay off Twitter and stop calling people names and to quit fomenting hate???

Yeah I remember that too! This is an old Hat for the SJW’s and the Democrats!

Icky Niki is a Globalist knob sucker who is trying to make a move in running for President in 2024! She will use the #metoo movement as her base! Such establishment hacks become predictable after a while and she is no exception!

I think people forget how aggressive the left was during the Bush years. We heard the same things about Bush that we’re hearing about Trump. That’s all they have, they can’t win a war of ideas.

Not you Tex, but have you seen the nasty name calling and insulting posters on the right, here?

Sorry Nikki, the lft reach that point 2 years ago and it’s getting worse

Wasn’t quite as intense as the last 2.5 years.

Oh, I’ve done it on occasion out of frustration but I do think there’s a big difference between individuals and nasty comments and a culture in the media that is supposed to be news pushing it.

Yes, there’s a huge difference. The pundits (like Lemon and Hannity) are leaning so far in their respective bias it’s a wonder either of them can walk upright. But neither of them are calling individuals imbeciles, retards, telling people to shut the fuck up and all the other nasti and hateful violations of forum rules that go unpunished here at PBP.

Oh, I’ve done it on occasion out of frustration

I was just referring to my own experience with you.