Imagine this: You’re a top athlete making millions of dollar a year. You threw it all away bc hey, got to make money on the side doing bank robbery.

An arrest warrant has been issued for Giants cornerback DeAndre Baker, who is charged with four counts of armed robbery with a firearm and aggravated assault in his home state of Florida, the Miramar Police Department said Thursday.

Baker, a first-round draft pick in 2019, and others allegedly took thousands of dollars in cash and watches from their alleged victims while brandishing a semi-automatic gun at a cookout Wednesday night, according to a copy of the police report obtained by The Post. Seahawks cornerback Quinton Dunbar also was charged but was said to be unarmed.

Baker, 22, directed a masked assailant to shoot an unidentified party as that person walked into the room, per the report. One victim told police “he was in fear for his life” as Baker pointed a gun at him, but no one was shot during the incident.

“We are aware of the situation,” a Giants spokesperson said. “We have been in contact with DeAndre. We have no further comment at this time.”

Baker could be subject to the NFL’s personal conduct disciplinary penalties.

“We are aware of the matter but will decline further comment at this time,” a NFL spokesperson said.

Armed robbery with a firearm is subject to Florida’s 10/20/Life law, which means if Baker is convicted a judge must impose a minimum 10-year prison sentence, up to life, according to government and multiple Florida-based defense attorney websites. Aggravated assault — threat with a deadly weapon qualifies — is punishable by up to five years in prison or five years probation and a $5,000 fine.

Gambling and video games were reportedly part of the party, but trouble started when Baker and another man identified only as “Shy” flipped over a card table, pulled out the firearms and pointed them in the face of another person, according to police. Two days earlier, Baker and Dunbar are alleged to have lost about $70,000 at a different party near Miami.

Giants general manager Dave Gettleman traded up for Baker to make him the first cornerback selected in the 2019 NFL Draft, out of Georgia. He signed a four-year, $10.525 million contract that included a $5.6 million signing bonus as part of the $6.1 million in cash he received as a rookie.

Baker graded as one of the NFL’s worst cornerbacks during his rookie season and admittedly had trouble learning the playbook and demonstrating the behind-the-scenes commitment required. He improved his play as the season progressed and was penciled in as a starter this season.

First-year Giants coach Joe Judge is a stickler for culture and rules and is friendly with Baker’s college coach, Georgia’s Kirby Smart. Baker’s arrest reflects poorly on Gettleman, who has hammered a point of clearing out locker-room distractions and players considered detrimental to a positive culture.

Baker and two others are accused of pre-planning the incident because they left in three separate vehicles — a Mercedez Benz, Lamborghini and BMW — that were pre-positioned to expedite an immediate departure from the area, according to the police.

The reporting officer said he contacted Baker by using the cell phone of a friend but Baker hung up. Another call went unanswered.

From a football sense, this throws into chaos one of the Giants’ most uncertain position groups.

For now, Sam Beal likely is elevated into a starting role opposite prized free agent James Bradberry if Baker is suspended or released pending the investigation. But the Giants also have second- and third-year players Grant Haley, Corey Ballentine and Julian Love, and rookie Darnay Holmes at cornerback. 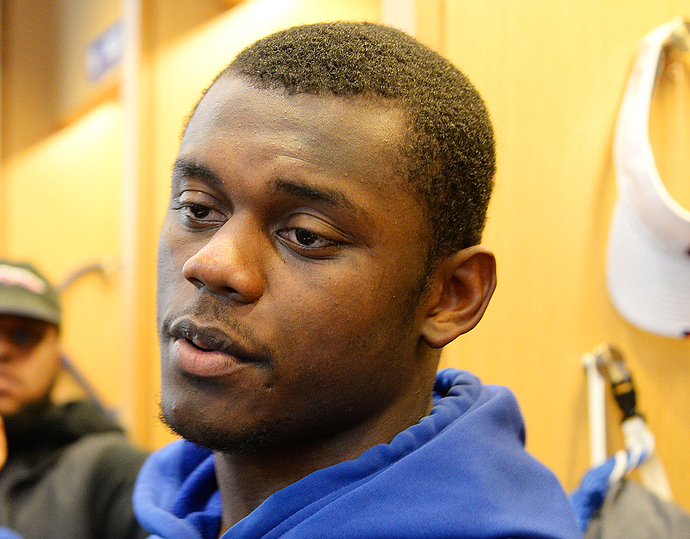 An arrest warrant has been issued for Giants cornerback DeAndre Baker, who is charged with four counts of armed robbery with a firearm and aggravated assault in his home state of Florida, the Miram…

This is a really bizarre story. WTF?

Everyone knows the answer to this question. It’s obvious.

No big surprise , most are thugs .

The Negro Felon League it is becoming. 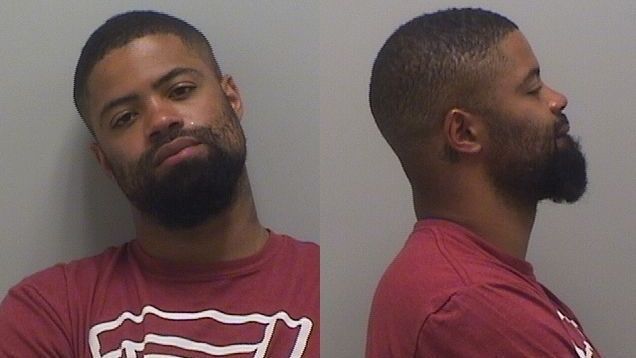