New Zealand removes any reference to Jesus from parliamentary prayer 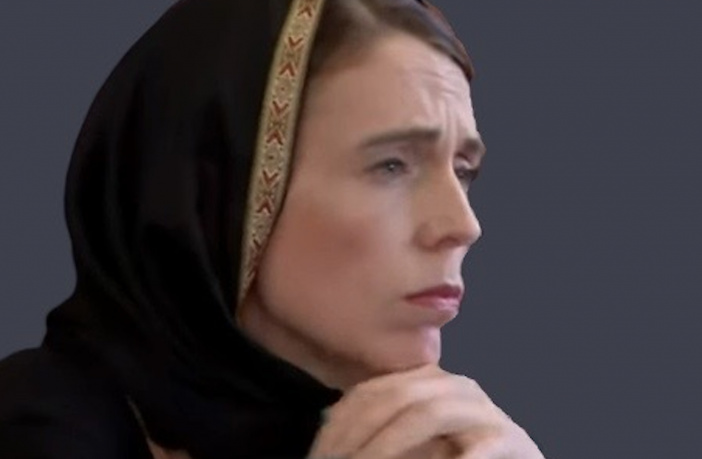 Does that mean NZ parliamentary prayer will be in the name of a Mesopotamian pagan Moon god?

In the wake of the Christchurch mosque attack, we come to find out that New Zealand has removed references to Jesus from the parliamentary prayer, sparking outrage among the country’s Christian population.

Speaker of the House, Trevor Mallard, made the decision to drop references to Jesus in order to make the prayer “more inclusive” for all parliamentarians.

The Guardian reported: A reference to “almighty god” remains, but it is not a specific reference to a Christian god.

Around 1,000 people protested on the steps of parliament house in Wellington, arguing that New Zealand was a Christian nation and Mallard had no authority to axe Jesus’s name.

“He needs a good kick in his pants, and he needs to actually be removed because this is a Christian nation”, protester Rieki Teutscher told Radio NZ. “We don’t share his atheism.”

Another protester, Carmel Morgan, said Mallard should have consulted with New Zealanders or announced a referendum before changing the prayer.

Politicians such as Jacinda Ardern and Winston Peters have said it would have been judicious for the speaker to have consulted more widely before actioning the changes.

“Well the decision as to what should be changed should be made by parliamentarians and not the speaker – that’s our position, I don’t mind telling you publicly”, deputy prime minister Winston Peters told RNZ.

“If you’re going to make a change let’s have parliament decide – not one person.”

Mallard said he had consulted with parliamentarians and the majority had indicated they were in favour of a secular prayer.

Abandoning its traditional Christian faith was, no doubt, a significant contributing factor to the mosque shooting in the first place.

As former Christian churches are turned into mosques, New Zealanders are told to accept the Islamification with smiling tolerance.

Just don’t make the Muslims mad. New Muslim migrants have the “right” to not be offended by references to Christ even when they are in Christian countries.

If a Muslim hears a reference to Jesus in a public prayer, it might trigger an extreme response, so it’s best to delete Jesus from the domestic culture so we can all “get along”.

When the Prime Minister of New Zealand dons a hijab in public, all of White New Zealand is being betrayed to the gods of diversity, but Christianity will not be part of the equation.

The muslims are taking over New Zealand the same way they are trying to take over the whole world - by infiltration and banishment.

Remember she’s a socialist. One of the Rules For Revolution is to keep people out of churches. Remember that Europe in Marx’s time was Christian - that was the religion. It also applies to every other religion but she won’t say that - yet.

I think she would rather see a caliphate established in New Zealand.

New Zealand could learn a thing or two from Slovakia.

Slovakia refuses to recognize Islam as a religion and has not allowed a single mosque. Slovaks consider Islam to be a totalitarian political ideology incompatible with European culture.

That’s what needs to be done here. Eliminate all mosques.

Well, the western world has been at war in Muslim countries for decades, I suppose this is how they think they may succeed in retaliation…

That’s what needs to be done here. Eliminate all mosques

I could get behind that as long as all synagogues, cathedrals and churches go with them…