New Zealand doesn’t have firearms registration so police are getting creative in finding other ways to determine who owns them. And they’re apparently targeting critics of PM Jacinda Ardern’s failed gun-grabbing scheme. 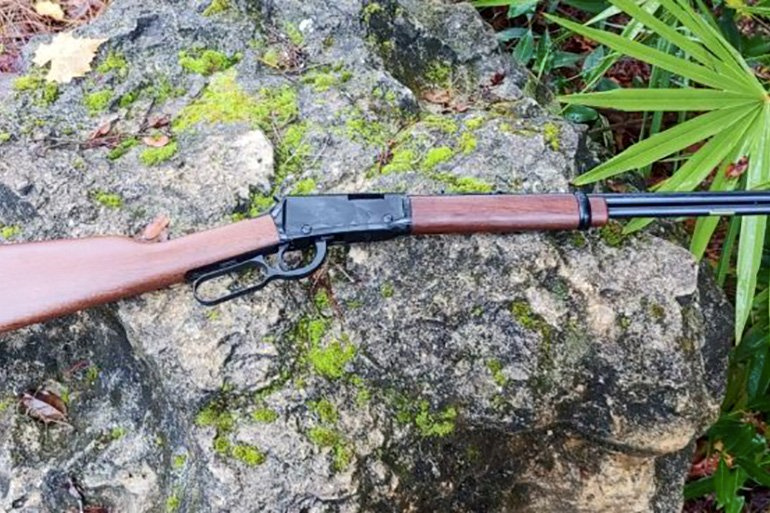 This is for a lever-action .22LR that’s designed to hit paper or be used to hunt bunnies. What happened to going after the “weapons designed to kill people” as the police minister Stuart Nash has claimed?

The implications of this are rather stunning. I took the photo and publicised the details about this firearm as part of the select committee process. This good-faith evidence was used by the police as a justification for their raid. Do we now live in a country where public evidence given to a select committee will be used against you to suit the political purposes of the police?

Anyone who’s publicly talked about or posted a picture of their grandfather’s little .22LR pump/lever action can get raided, as these rifles all had 10+ capacity prior to the draconian new rules. Admitting you had one a year ago is reason enough to warrant a raid on your property today.

I suppose it’s no coincidence that I pointed out in an article last month just how bad the numbers are when it comes to compliance. When I said that New Zealand gun owners aren’t “rolling over for anybody”, this is not quite what I had in mind—again, why raid the guy publicly pointing out the truth?

I’ve been vocal about my opposition to many of this government’s policies. I live a very conservative life and hold traditional conservative views which I am public about. I’ve never promoted non-compliance and was rather shocked by how low the numbers really were. This left me wondering: was this a politically motivated action by someone high-up in the bureaucracy ordered to make examples?

So it appears now it is no longer safe to even post a picture of gun, without police tracking you down and raiding your home.

Annoying; but there are an estimated 750,000,000 or even more firearms on the planet ( .50 cal & under ) that are unaccounted for; totally in the wind. It will always be effortless to locate & acquire an illegal firearm & ammunition, if you are up to no good. Laws only apply to those least likely to use a firearm for criminal activity, the law abiding gun owner; and most criminals have firearms purchased in a back alley or from the trunk of a car. I guess it’s always safer to confiscate firearms from the law abiding citizens, as opposed to hardened criminals.

One other thing, what the Hell is “military style” ? That can paint things with a broad brush. In the eyes of gun grabber politicians, it will come down to ( mark my words ), “military style” being a firearm that uses ammunition.